While at the conference, co-op leaders discussed priority issues with members of Congress and their staff. 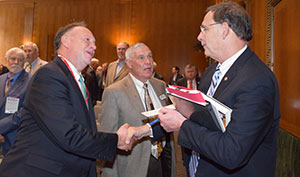 “Advocating for our members doesn’t stop at the edge of our service territories,” said Kirkley Thomas, vice president of governmental affairs for Arkansas Electric Cooperatives, Inc. (AECI). “It’s critical that our elected officials in Washington hear from us as they make decisions that impact our ability to continue that mission.”

Among the issues discussed were: 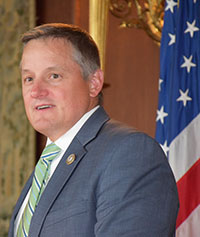 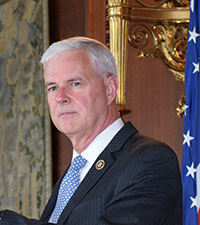 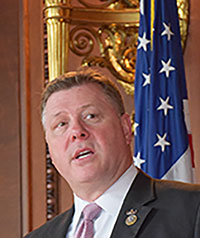 A student drives an electric vehicle at the 2017 Electric Cooperatives of Arkansas Electric Vehicle Rally. photo by Chance Allmon

“The EV Rally has grown each year, which reflects the growing interest in electric vehicle technology,” said Rob Roedel, manager of corporate communications for the Electric Cooperatives of Arkansas and coordinator of the EV Rally. “Our program enables students to obtain hands-on experience in technology that encourages critical thinking skills, teamwork and creativity.”

The participating schools are involved in the Electric Cooperatives of Arkansas Electric Vehicle program that includes a curriculum that incorporates a variety of disciplines, including math, auto mechanics, physics, engineering, electronics and journalism. Students participated in competitions that tested the students’ abilities and their vehicles’ performance capacities.

The day-long event began with technical and safety inspections of the vehicles. Students then focused on an autocross competition and acceleration event. Next, the helmets were unstrapped as the students tested their academic knowledge in troubleshooting and quiz bowl competitions. The range event, which tests the distance a vehicle can run on a single charge, was canceled due to rain.