Trivia question: Who knows what a lit light bulb today has to do with the United States entering World War II? 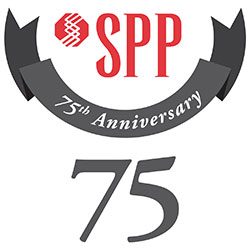 For about 18 million households in the U.S. using electricity generated by members of the Southwest Power Pool (SPP) in Little Rock (including Arkansas’ electric co-ops), each act of turning on a lightswitch contains a distant echo of the day Japanese bombs rained down on Pearl Harbor. Founded 75 years ago, directly because of that act of war, SPP, an Arkansas-grown regional transmission organization (RTO), this month celebrates keeping on those lights for three-quarters of a century. 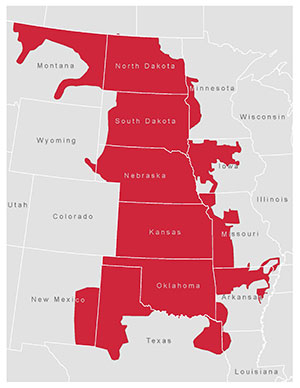 SPP works to ensure the reliable supply of power, adequate transmission infrastructure and competitive wholesale electricity prices in its region, which stretches over 575,000 square miles from its headquarters in Little Rock and serves more than 90 member organizations in 14 states. In Arkansas, SPP is one of two RTOs overseeing the power grid. The other is the Midcontinent Independent System Operator (MISO). SPP’s Arkansas footprint includes the service areas of Arkansas’ electric co-ops located in northern and western Arkansas that provide power to nearly 200,000 co-op members.

This year, in celebration of its milestone anniversary, SPP published a new book on the organization, “The Power of Relationships: 75 Years of Southwest Power Pool,” by Nathania Sawyer with Les Dillahunty, which heavily informed this article.

The pool is formed

Eyeing developments in Europe prior to America’s entry into World War II, President Franklin D. Roosevelt had 50,000 new American planes on his wishlist. Because Arkansas provided 90 percent of the nation’s bauxite (a key ingredient in the aluminum needed for planes) a new Aluminum Company of America aluminum plant called Jones Mill was built near Malvern. A new power plant was planned to generate electricity for the mill. But Japan attacked Pearl Harbor on Dec. 7, 1941, before the plant could be built. 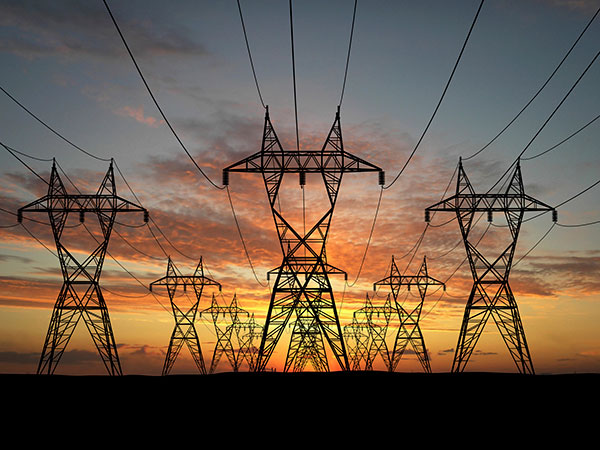 Jones Mill required more than 120 megawatts of power, significantly more than Arkansas’ total capacity in 1941 of approximately 100 megawatts. In the spirit of patriotism, 11 regional electric utilities in six states agreed to pool their resources for Jones Mill. They signed a one-paragraph agreement on Dec. 16, 1941, and sealed it with handshakes. SPP was formed and successfully completed its mission of providing power to produce 156 million pounds of aluminum for war efforts.

But its role would not end with Japan’s surrender in September 1945. Instead, SPP would continue to grow and change as it faced fluctuating costs, expansion, new SPP offshoots and subcommittees, the building of thousands of miles of transmissions lines, computerization, centralization of power markets, unpredictable severe weather events, the 1970s energy crisis, countless regulations and deregulations, as well as the effort to become an RTO and the transformation into a forward-looking 21st-century organization. It would also see its membership grow, including the addition of Arkansas Electric Cooperative Corporation (AECC) in October 1969. AECC is a wholesale electricity supplier for Arkansas’ 17 electric distribution co-ops.

The relationships formed from that one-paragraph agreement and handshakes in 1941 saw the organization through 50 years of successful operation. “Crazily enough, until we incorporated in 1994 the company didn’t legally exist,” said SPP CEO Nick Brown.

Then, beginning in 1999, the Federal Energy Regulatory Commission (FERC) encouraged the development of RTOs and issued a host of regulations. After a bumpy road of setbacks, SPP received RTO designation in 2004, ushering in major changes.

“Our RTO status changed who we were,” Michael Desselle, SPP’s vice president of corporate integrity, said. “It increased the scope of our work and the level of compliance and the service we had to maintain. It also necessitated growth in our staff and propelled us into a new era in history.”

One of the things that made SPP a very different type of RTO was its decision to maintain a members committee with voting rights, in addition to an independent board. Also, as part of the design of the SPP RTO, the state regulators within the SPP footprint at that time ­­— Texas, Oklahoma, Missouri, Kansas, Arkansas and part of Louisiana ­­— got together to form a Regional State Committee (RSC), in accordance with guidelines set out in an April 2003 FERC order. The novel aspect of SPP’s RSC is that it allows the state regulators in the SPP footprint to play a significant role in determining the cost allocation formulas for new transmission expansion and to provide input into market design issues. No other RTO state committee has the level of authority that SPP’s RSC does.

Sandra Byrd, vice president of public affairs and member services for AECC, helped establish the RSC when she was chairman of the Arkansas Public Service Commission in the early 2000s.

“It’s (SPP) never functioned as a top-down organization, but rather a bottoms-up, consensus-based organization,” Byrd said, adding that this approach has greatly helped the SPP Board in its decision-making process.

Duane Highley, president and CEO of AECC, is on the members committee, and the co-op’s staff has worked closely with SPP for nearly 50 years. Starting with his first day on the job in 1974, Ricky Bittle, former vice president of planning, rates and dispatching for AECC, worked with SPP on several committees until his retirement in 2014.

“Back in the earlier days, the pool gave us the ability to work with other utilities in the region on reliability,” Bittle said, adding that reliability remains a major focus of SPP, along with the operation of a wholesale power market, a function that began in 2014.

Brown acknowledged the important role of the co-ops in developing SPP.

“Of our entire membership, Arkansas Electric Cooperative Corporation, certainly stands out in embracing the relationship-based nature of SPP,” Brown said. “I’ve had the distinct pleasure of working with and learning from co-op leaders in the many policy debates that are the foundation of our operations today.”

Do the right thing

SPP needed a vision to navigate the massive changes it has undergone. As CEO, Brown shared an epiphany he’d had about the relationship between corporate culture and strategy. He said he realized that in a successful organization “culture is strategy. It’s not one versus the other.”

Brown tasked a group at SPP with defining the organization’s culture, so that leadership could then “enforce the heck out of it.” They settled on one simple, core ideology: “Do the right thing, for the right reasons, in the right way.”

That guiding sentence is at the heart of every decision SPP makes. It’s become a way of life at SPP.

And with the guiding ideology, SPP has cemented its stellar reputation in the electric utility industry. In 2007, it became the only entity to this day to perform as both an RTO and a regional entity with authority to audit, investigate and ensure that bulk power systems comply with mandatory reliability standards — its reputation is that good.

Looking back to look ahead 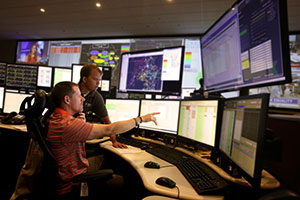 In 2012, SPP broke ground on a 20-acre, state-of-the-art Little Rock campus. SPP’s members today receive net benefits of more than $1.4 billion annually, at a benefit-to-cost ratio of more than 10 to 1.

In his foreword to the anniversary book, Chairman of the Board Jim Eckelberger wrote, “Certainly there is much to miss about our earlier days, and no one could be blamed for a bit of nostalgia, but we must draw the line at thinking that makes our past any better than our present. For all the increased complexity and risk with which we’re now faced, we have to our credit today more experiences, past successes, lessons learned, tried and proven processes, advanced technology and trusted partners than ever before.”

If you live in one of the areas served by SPP, consider the relationship SPP has to you. Remember when you turn on a switch in your home, that light honors the memory of those who died in service at and after Pearl Harbor, and the thousands of people who have worked together with SPP for the 75 years since to shine a path into a better future.