You can’t ask Arkansas State Fair baking champion Brandi Burke for her secret recipes, but not for the reasons you might think.

It isn’t because she’s not approachable, or she’s zealous about preserving her advantage, or she’s paranoid over enlightening a fellow amateur pâtissier looking to improve.

You can’t ask Burke for the secret to her prize-winning creations because she doesn’t know them. Cooking is both art and science, and as such, she considers what’s written down a mere starting point, a launchpad from which she deploys a pinch of this and a splash of that. If her kitchen were a hymn, her baking would be the lyric, “Walk by faith and not by sight.”

“I’m not good at following recipes,” she says. “Other people are perfecting [their entries]all year. That’s not me. I change stuff up; try something different. You don’t know if you don’t take a chance.”

Burke’s competitive career has steadily proven her strategy. In her years of entering baked goods and entrees at the Arkansas State Fair — on average about a dozen dishes annually — she wins about 30% of the time and rarely finishes outside the top three. She’s beaten everyone from rank beginners to grizzled veterans to bakers who compete in national bake-offs.

Even the entries that don’t win — or blow up in her face in her kitchen — pay off as a key element in her education and development as a cook.

“If I don’t win, I learn,” she says. “The best way to get into competition is to watch one before you enter it. I sat and watched a lot of cooking competitions, and I watch a lot of cooking shows. I watch ‘Chopped’ and ‘Master Chef,’ shows where they give out these weird baskets of food and [contestants are]told to make a dish. Sometimes that’s how my dishes start out. And I’m going to tell you, not everything turns out.” 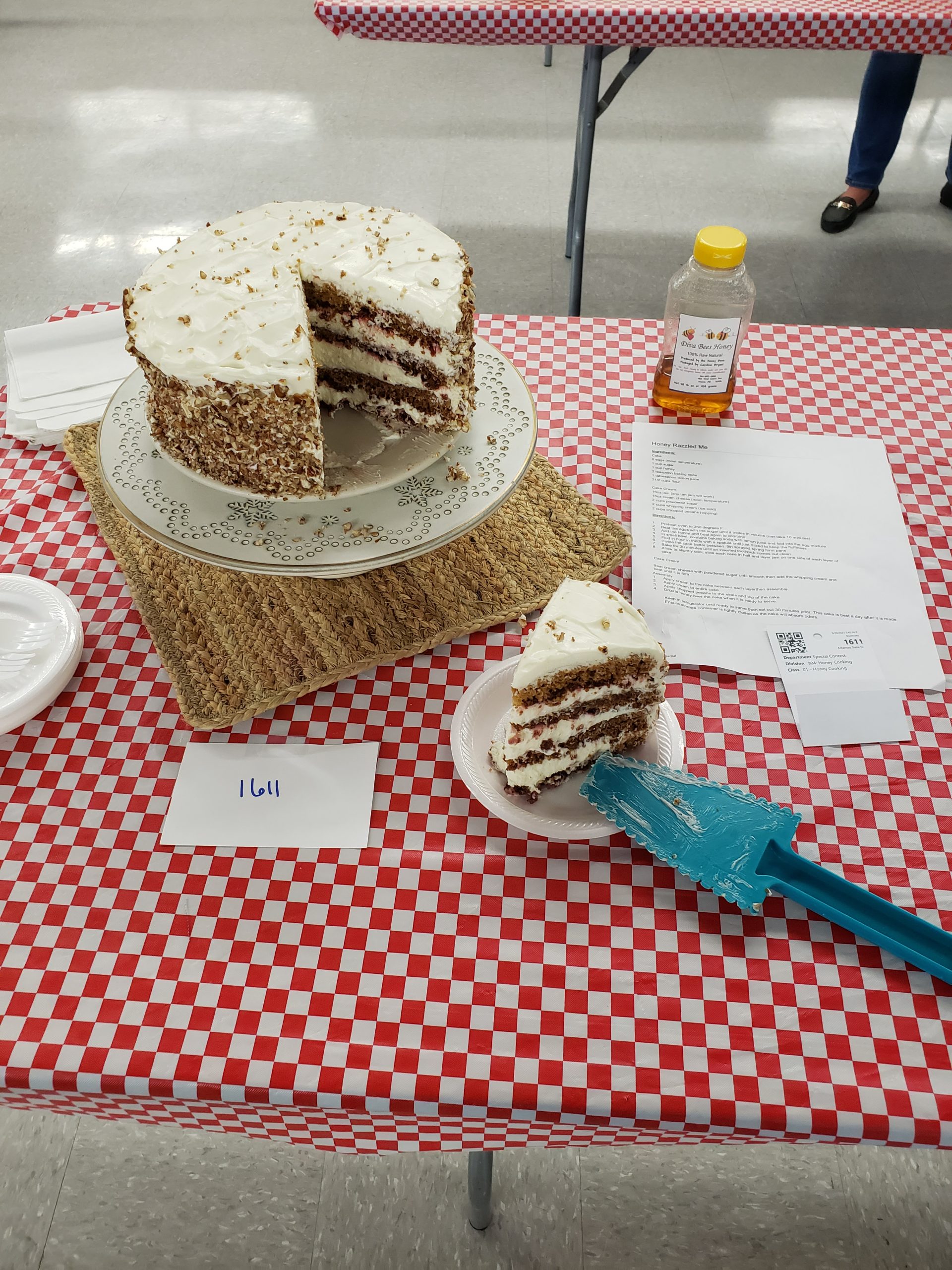 Bake it ’til you make it

For 11 months of the year, Burke, who resides in rural Faulkner County, lives the mild-mannered life of a telecommunications company support analyst whose secret superpower is being a very good cook. Her competition mindset doesn’t even start to flicker until early fall. And even as October’s State Fair grows on the horizon, she’s too busy with her graduate studies to pay attention, until the last minute. But when the time finally does arrive, she says, stand back.

“I set aside a couple of days ahead of the fair and make everything,” she says. “I’ve stayed up the entire night before; that happened last year because I couldn’t get my freakin’ peanut brittle to work.

“People don’t want to see my kitchen when I get done because my kitchen is trashed. I start out, and I clear everything off, and I disinfect everything. And then by the time I’m done, everything in my kitchen is either dirty in the sink or in the dishwasher.”

Baking competitions are subjective, and Burke has discovered how dishes rise and fall as much due to clashing culinary philosophies as anything.

“I like my cookies crunchy, but judges don’t like crunchy cookies; they want a soft cookie,” she says. “So, when I make cookies, I have to think about that. When I first started in competition, I was doing things that were easy for a normal, regular person to do. I didn’t do as well; some judges want food that’s complicated. I also had to learn the presentation part, even though it’s not about the looks.”

Burke’s creativity and her love for old cookbooks — some of which date back to the 1800s — have broadened her range as well as allowed her to intrigue judges with flavors unique to the modern palate.

“I did some oatmeal cookies, and I used a really old recipe that had molasses and stuff in it,” she says. “Most of the judges said there was something in the cookie they couldn’t figure out, except one older judge who knew exactly what it was. I was like, ‘Dang, she’s good!’” 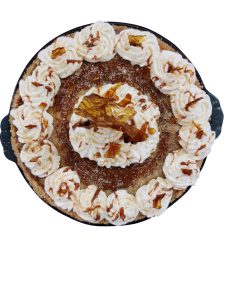 Burke began developing her ingenuity in the kitchen at a young age. Her mother was a handy baker in her own right, and growing up in a single-parent household, Burke learned how to observe and improvise.

“My mom always liked to bake, and I watched and learned from her,” she says. “I’ve always picked up on stuff pretty quickly on anything I do. I’d find something I wanted to cook, and if I had the ingredients, I’d do it. If not, I’d change it up. That’s why I’m not afraid to change things today.”

Not all gambles pay off. She made her long pre-State Fair prep night even longer one year because she ignored her mother’s advice on baking fruit pies.

“I bombed an apple pie because I didn’t follow what my mother said: ‘When you do it with fruit, you need to cook it down a little bit first.’ Well, I didn’t do that,” she says. “I put it all in the pan raw, and I cooked it, and the guts cooked down. So, I had to do another one at the last minute.”

All of Burke’s collective wisdom has translated to confidence, and that has made her formidably consistent in State Fair competition.

“I’m competitive by nature, but the way I look at it, it’s just by accident that I win,” she says. “Here’s the biggest thing: It’s more about fellowship. There’s a big group of us who do this, and we get to talk to each other, see each other. I’ve gained many friends, and it’s just a really good time. We cheer each other on.”