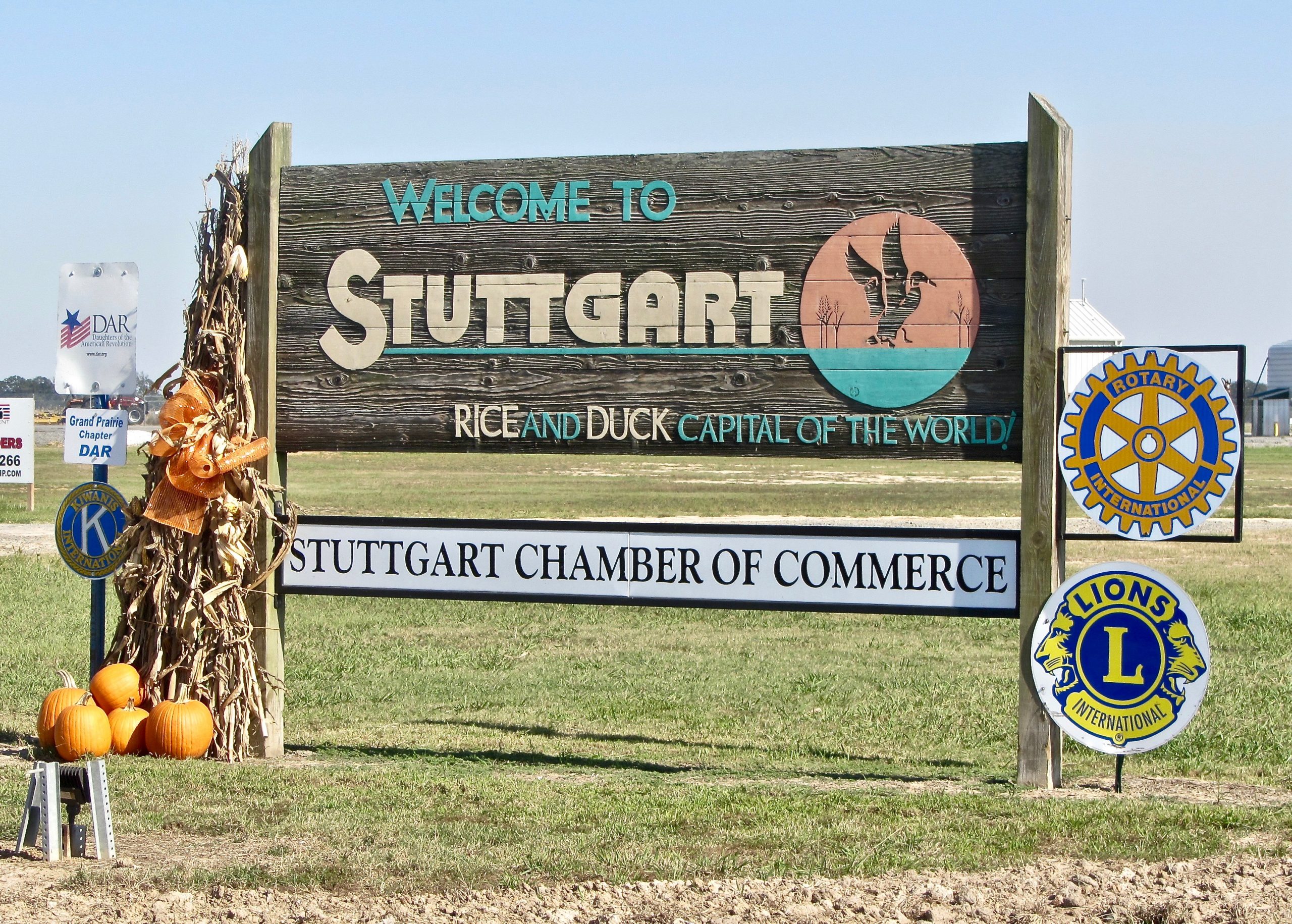 A roadside sign from the Chamber of Commerce proclaims Stuttgart as both “Rice and Duck Capitol of the World.”

Stuttgart thinks no small thoughts. Signs along roadways entering town proclaim it as the “Rice and Duck Capital of the World.”

Stuttgart’s wildfowl fame will be celebrated during Thanksgiving weekend at the Wings Over the Prairie Festival. Held nearly every autumn since 1936, the iconic event is returning this fall after a COVID-caused hiatus in 2020. 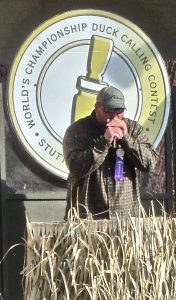 During the festival, three creators of the World Championship Duck Calling Contest will be inducted into the Arkansas Waterfowler Hall of Fame. That shrine for hunters is now housed in the Museum of the Arkansas Grand Prairie, a year-round Stuttgart treasure established in 1974.

The ceremony reflects the close link between the festival and the museum. Museum Director Gena Seidenschwarz says that some of the most popular exhibits are in the Waterfowl Wing, “especially in the fall months, when the duck-hunting season is looming along with the festival.”

The wing’s Waterfowl Room features mounted examples of 21 species of duck, three goose species and a coot. Recorded sounds of 12 kinds of ducks can be heard. Models of a cypress-bottom boat and a duck blind are displayed, as well as millennium-old duck effigy pots from the Temple Mound Building Period. A mural by renowned wildlife artist Don Edwards frames the setting. 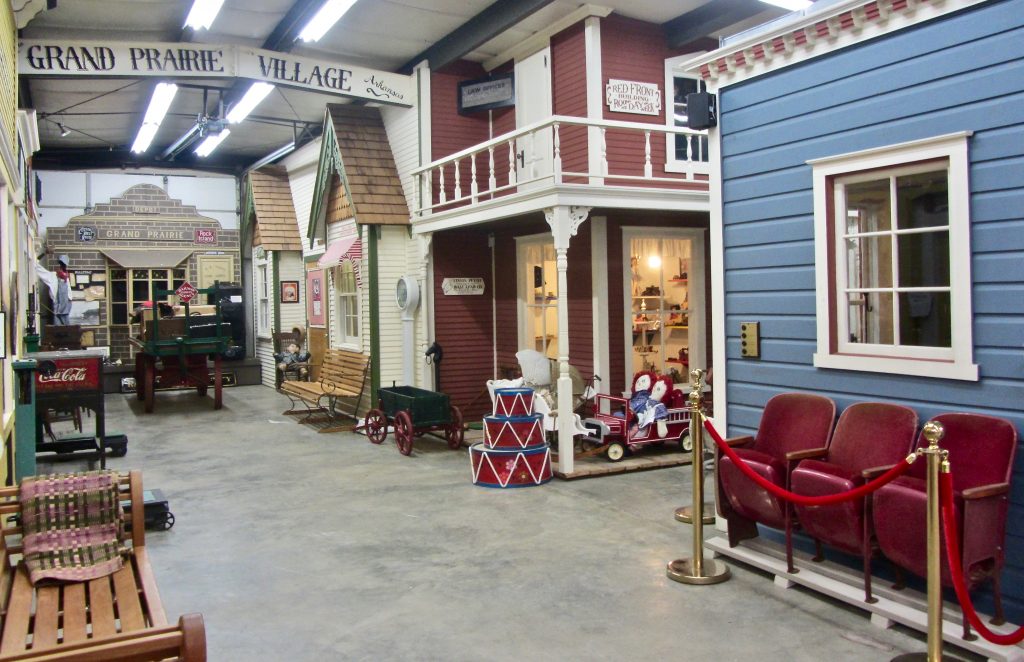 Visitors to the Museum of the Arkansas Grand Prairie can stroll along a mock-up of Stuttgart’s Main Street circa 1900.

Other galleries in the 20,000-square-foot museum display such allures as vintage farm machinery, a mock-up of Stuttgart’s Main Street from the turn of the 20th century, and photos of the major World War II Army Air Corps training base outside town. Outdoor structures include a copy of a German Lutheran church scaled to two-thirds actual size. 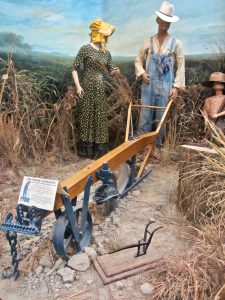 A sign at the “Our Prairie Pioneers” display cites their essentials as “The Gun — The Ax — The Plow — The Bible.”

“Throughout the year, a lot of visitors come to see our farm equipment,” says Seidenschwarz, director since 2005. “That ties in with the Grand Prairie’s huge role in raising rice over the past century. For youngsters, a favorite is the one-room schoolhouse on our grounds. It’s so different from their school experience, and it’s fun to hear them talk about it.”

The festival, founded in 1936 as the National Duck Calling Contest, takes over streets in downtown Stuttgart on Thanksgiving weekend. According to Bethany Hildebrand, president and CEO of the Stuttgart Chamber of Commerce, the 2021 fest is “moving forward as normal after last year’s disappointment. Adjustments will be made if needed when we get closer to the event.” 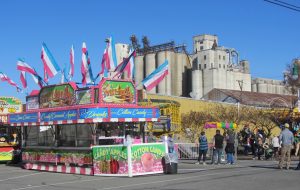 Carnival and midway attractions will operate Nov. 24-27, with the beer garden opening Nov. 26-27. The tented arts and crafts fair will welcome shoppers and browsers Nov. 26-27. The World Championship Duck Gumbo Cook-Off is set for Nov. 27.

The weekend’s main event, the 86th annual World’s Championship Duck Calling Contest, takes place Nov. 27 at 2 p.m. It follows the junior, women and senior duck-calling competitions that morning. For a fuller grasp of the skills involved, festivalgoers can stop by the museum’s Waterfowl Wing.

Along with the waterfowl diorama and the Arkansas Waterfowler Hall of Fame, the wing houses collections of duck calls and other hunting gear.

Near the entrance, an artifact is one of the museum’s most spectacular objects. This garment was created by Ruby Abel, a Stuttgart resident who worked as a professional “duck dresser,” cleaning and plucking the birds. She twice won the Women’s World Championship Duck Calling Contest.

In the mid-1960s, Abel took 450 heads of mallard ducks, pulled off their iridescent green feathers and sewed them into a coat. Later called the “Coat of Many Feathers,” it has an estimated value of $20,000. Until Abel’s death in 1985, it was displayed at her Sportsman’s Restaurant. She willed it to the museum.

Another novel creation, perched on a top shelf, is a hat made from the tail feathers of mallards. It was crafted by Arthur J. Longtin for the inimitable late Willie Oates, known around the state as the “Hat Lady” for her eye-popping chapeau collection. Like the many-feathered coat, it helps make the case that Stuttgart is indeed Duck Capital of the World. 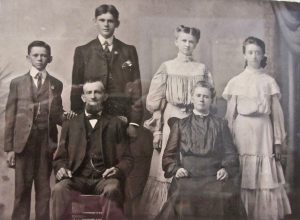 This story ends on a personal note: The panels of old-time photographs at the Museum of the Arkansas Grand Prairie include a black-and-white image of my maternal grandmother and her family taken around 1900.

Born in 1880 as Mary Kirchoff, she was the first baby in the new German-American settlement of Stuttgart. She is pictured in Sunday-best attire with parents, John Heinrich and Kathrine Kirchoff, as well as brothers, William and Frederick, and sister, Louise. My mother, Martha, was one of her seven children.

The photo testifies to my Arkansas roots, even though I had turned 50 before I moved from Chicago to Little Rock.