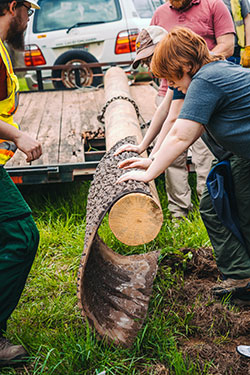 AECC funded the BrandenBark sets for nine structures, pole delivery and pole installation at the four sites. Nine poles were donated by McFarland Cascade, and the remaining three BrandenBark sets were supplied by the Arkansas Natural Heritage Commission. The project was managed by Copperhead Environmental Consulting. 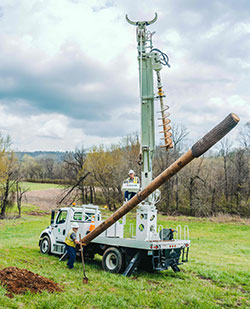 distribution co-ops, delivered the poles to the four project sites and installed poles at the Kings River Preserve. The other three site installations were done by a general contractor.

“A graduate student from UCA (University of Central Arkansas at Conway) placed acoustic monitors at the project sites to determine if bats are in those areas,” Cain said. “So far, the monitors have detected positive results, indicating bat population. The student will monitor these sites for the next two years.”

Co-op crews assist to install BradenBark on poles and then set the poles for bat habitats.  Photos by Chance Allmon.

Eat your way through June 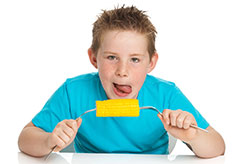 To help with your monthly meal planning, here’s a list of tasty national holidays worth celebrating. Pace yourself!