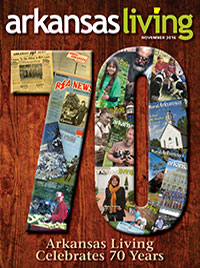 Seventy years ago this month, America was looking ahead to the future after the many sacrifices of World War II. As the veterans returned home, they wanted to put the war behind, go back to work, and build families and homes. And the nation’s rural electrification movement, which had slowed during the war, was poised for growth.

To help rejuvenate the program, Arkansas’ electric co-op leaders decided they needed to tell the story of rural electrification, which began in 1935 as part of President Franklin Roosevelt’s New Deal program. To do that, in November 1946 Arkansas’ electric co-ops mailed out the first issue of the Arkansas REA News to 21,018 members. In the decades since, the publication has undergone many changes, including name changes to Rural Arkansas and, most recently, Arkansas Living. 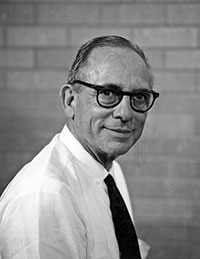 Ed H. Thomas, the first editor of the Arkansas REA News, the predecessor to Rural Arkansas.

The cooperatives hired Ed H. Thomas, a former newspaperman, to be editor of the publication. In keeping with Thomas’ background the first issue, a tabloid format, was very much a newspaper. Articles in that first issue told about how First Electric Cooperative had gotten a $750,000 loan from the Rural Electrification Administration (REA) to build about 400 miles of new lines to serve 1,500 new members; how Petit Jean Electric had gotten $200,000 for system improvements and for 151 miles of line to serve 364 rural consumers, and how then Gov. Ben Laney was calling for the expansion of the rural electrification program. The publication also had tips for “REA homemakers” on how to quick-freeze fruits and vegetables for preservation, as well as how to make syrups.

“This is a new publication dedicated to the development of the state of Arkansas,” the lead editorial in the November 1946 Arkansas REA News said. “The rural electric cooperatives in sponsoring this publication are firmly convinced of the outstanding possibilities for the advancement of our state.”

The newspaper was officially published by the co-ops’ statewide association, the Arkansas State Electric Cooperative, Inc., (ASECI), now Arkansas Electric Cooperatives, Inc., (AECI). The association, formed in 1941 by Arkansas’ electric distribution cooperatives, was the brainchild of Thomas B. Fitzhugh, the former chairman of the state Utilities Department who was a practicing attorney in 1941. Through the association, the co-ops worked together on the political challenges they faced both within the state and on the federal level. Fitzhugh led the cooperative on a part-time basis as its only employee during World War II, a time when the rural electrification program slowed greatly as manpower and supplies were diverted to the war effort. It wasn’t until 1946 that ASECI hired Thomas as the cooperative’s first full-time employee. In 1949, Ouida Cox joined the co-ops and oversaw the production of the publication’s “Women’s Department,” which included recipes and dress patterns.

During Thomas’ tenure, the electric co-ops faced many challenges, including acquiring authorization to build power plants to serve their members, as well as the funding to do so, and the establishment of specific service territories for the co-ops and other utilities by state law in 1957, which protected the co-ops from losing service area due to annexations by municipalities. 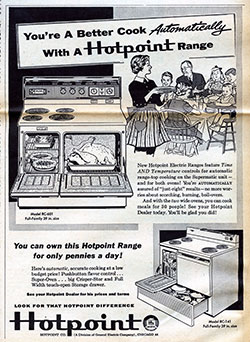 An advertisement from an 1958 issue of Rural Arkansas promoted the use of electric ranges.

In 1954, the newspaper changed to a magazine format with a new name — Rural Arkansas. The  editorial of the magazine’s January 1954 issue said the name was changed to “reflect the fact that the rural electric co-ops which own it are home-managed enterprises — not ‘government in business.’”

In addition to the “hard” news of the day, Rural Arkansas promoted the use of electricity on the farm and in the home through feature stories and ads.

In March 1967, Thomas died unexpectedly, leaving Cox as his successor. She stayed in that role until her retirement in 2012.

It was during Cox’s tenure that Rural Arkansas’ popularity grew, making it a true cooperative institution. During her career, she did it all, from selling ads to “laying out” or designing the magazine by hand, before the advent of computer desktop publishing, to writing articles and taking photographs. She traveled Arkansas’ dirt and gravel roads day and night in pursuit of stories and photos about rural Arkansas. 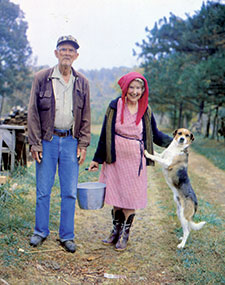 Rural Arkansas regularly featured photos of co-op members, such as this couple and their dog, Pete. photo by Quida Cox

Cox’s photos of life in rural Arkansas often graced the covers of Rural Arkansas, further endearing readers to the magazine. Oftentimes she would stop while driving down a road and knock on the door of a home served by an electric co-op. She would visit with the homeowner and often leave with a photograph and a story. One of her favorite photographs, which features a couple standing outside their Ozark farmhouse with their dog, Pete, was the result of such a stop. Later, the woman in the picture contacted Cox to tell her that “Pete outshined me” in the photograph.

Perhaps even more popular than the stories and photography were the recipes, especially those from the co-op directors’ wives or the “recipe ladies,” as Cox called them. The recipe section remains one of the most popular features of the magazine today. Also, each co-op had sections with news specific to that co-op.

In 2011, the magazine name was briefly changed to Rural Arkansas Living as part of the transition to the current name of Arkansas Living. This name change was made to reflect a more statewide focus of the magazine and to stress the co-ops’ commitment to bettering the lives of their members and the communities they serve. 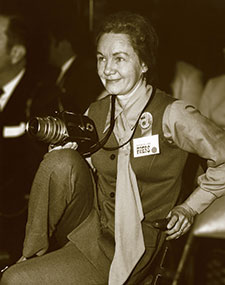 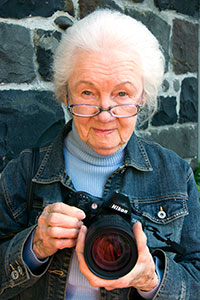 When Cox retired, after 63 years of service to the co-ops, Arkansas Living had grown to a 44-page, full-color magazine with about 383,000 subscribers and 920,000 readers. Despite the changes, Cox said she never forgot the magazine’s core mission.

“I have always tried to remember that the magazine is first and foremost for the members; those people out there at the end of the line,” Cox said in an interview for the December 2012 issue of Arkansas Living. Ouida Cox served as editor for 45 years.

In January 2013, Sheila Yount, also a former newspaper journalist and travel writer, became editor of the magazine after serving as associate editor for the magazine and in corporate communications for the Arkansas electric co-ops. Under her direction, the magazine was redesigned yet again, but the focus remained the same — to keep co-op members informed about industry issues while also promoting the state and its many offerings.

As has been its tradition, Yount noted that the magazine continues to help cooperatives fulfill Principle No. 5, one of the seven basic cooperative principles for doing business. That principle states that cooperatives should provide information, education and training for their members, elected representatives, managers and employees so they can contribute effectively to the development of cooperatives.

In addition to news about the electric utility industry, the magazine contains features about people, places and things in Arkansas. In recent years, the magazine has had cover stories on Rosanne Cash, daughter of Arkansas-born legend Johnny Cash, and her involvement in restoring her father’s childhood home in Dyess (see page 24 for an update); former Arkansas Razorback Athletic Director Frank Broyles and the work he is doing for Alzheimer’s research, and several World War II veterans as part of the WWII Memories series, as well as the co-ops’ role in sponsoring Honor Flights to Washington for those veterans. The beauty of the state has been chronicled as well with special issues featuring the work of Tim Ernst, Arkansas’ leading wilderness photographer.

Along with the recipes, another popular food feature is “Let’s Eat,” which focuses on a specific Arkansas restaurant each month. The “Worth the Drive” feature focuses on places/attractions and events in Arkansas. Also, each of the 17 electric distribution co-ops has its own edition with news specific to it located on the two center pages of the magazine.

In 2015,the magazine launched this website — and is active on social media, follow us at www.facebook.com/ArkansasLivingMagazine. While Arkansas Living is definitely moving into the digital era,  it is the print version that remains the top priority, Yount said. And like in the past, the magazine’s core mission and dedication to its readers — Arkansas’ electric co-op members — remains the same.

“We are honored to continue to tell the cooperatives’ story because as we do that, we realize that we are really telling the story of our state,” Yount said. “And that’s a very special story to tell.”