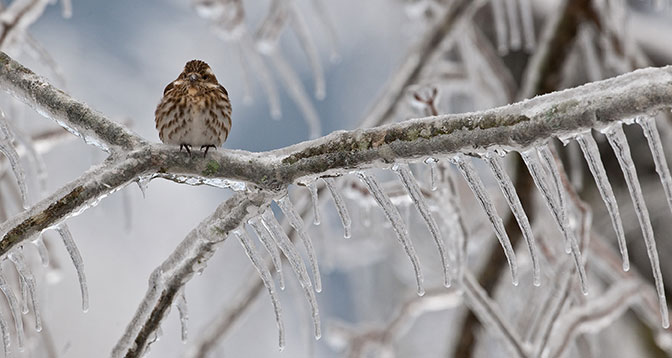 A female purple finch is all puffed up after a prolonged storm left the trees and limbs laden with ice. 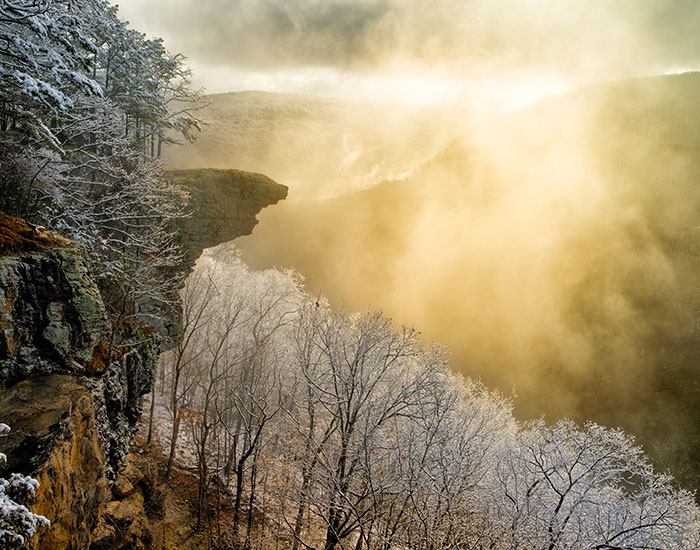 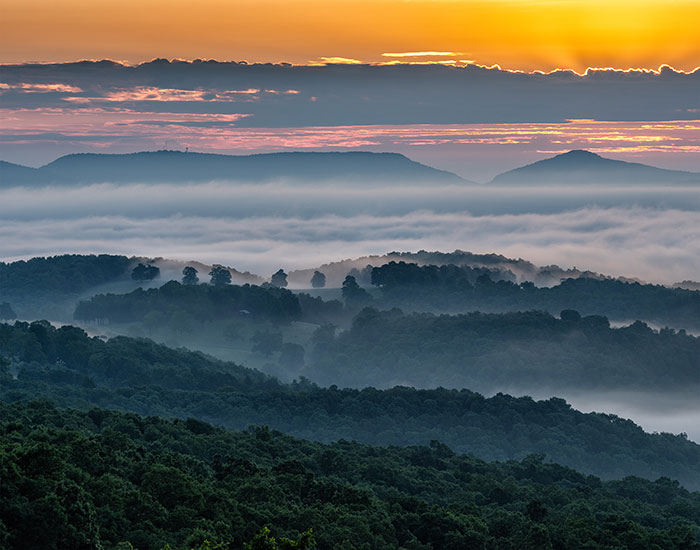 Sunrise above the “Boat Mountain Group” as seen along Arkansas 74, near Jasper. 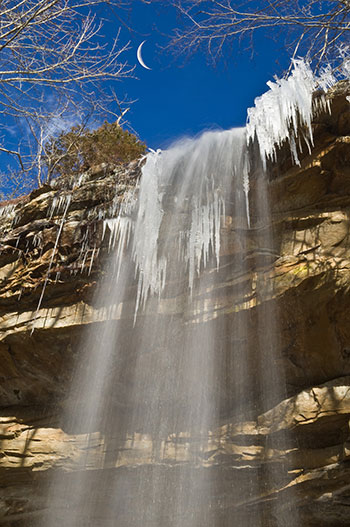 Crescent moon and ice, and an unnamed waterfall, in the Upper Buffalo Wilderness, Ozark National Forest. 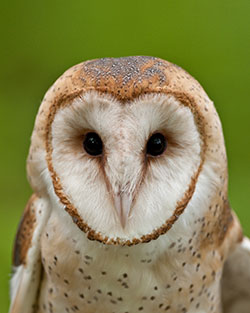 A barn owl, with its endearing heart-shaped face. 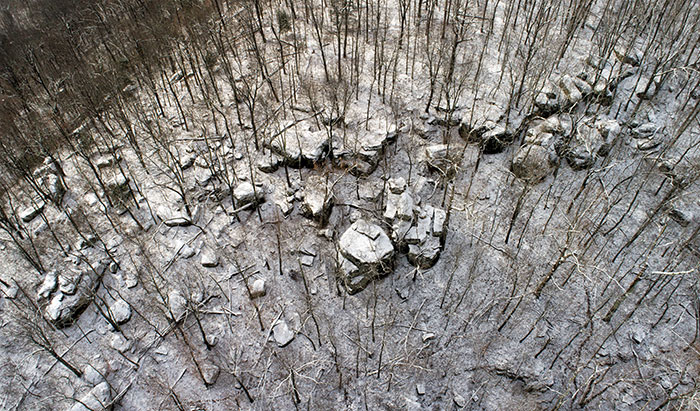 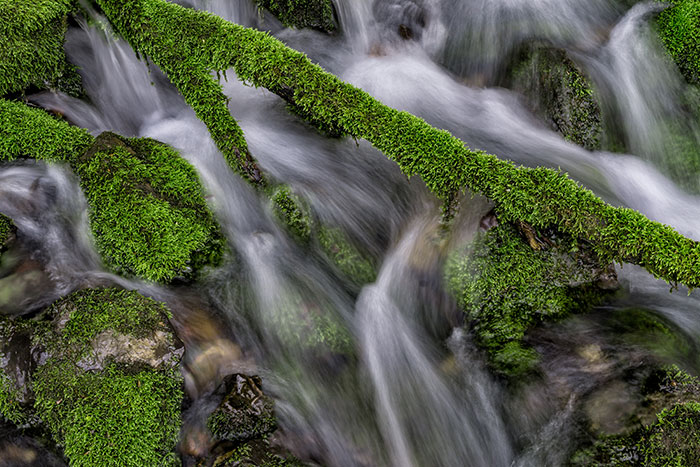 Moss-covered limbs in the spring outlet of a cave in the Buffalo River headwaters area near Deer. 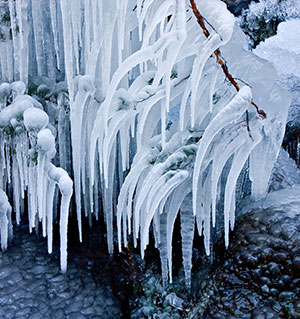 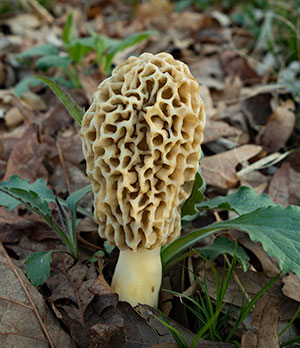 A morel mushroom, emerging from the leaves. 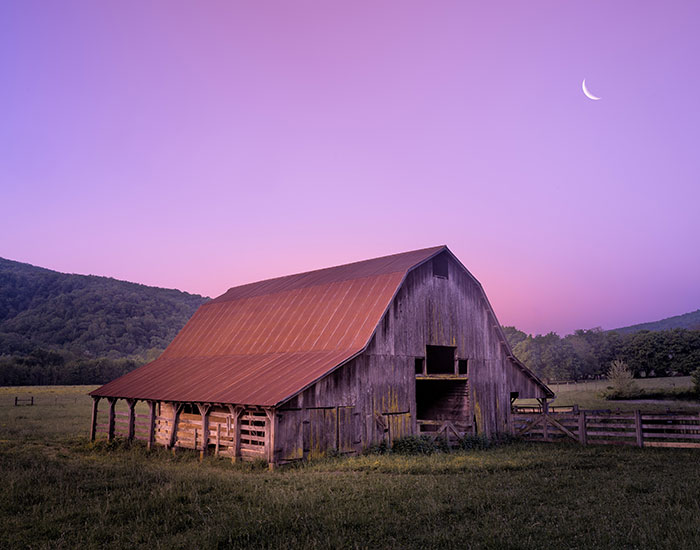 The crescent moon hangs in the sky at dawn above a rustic barn, Boxley Valley Historic District. 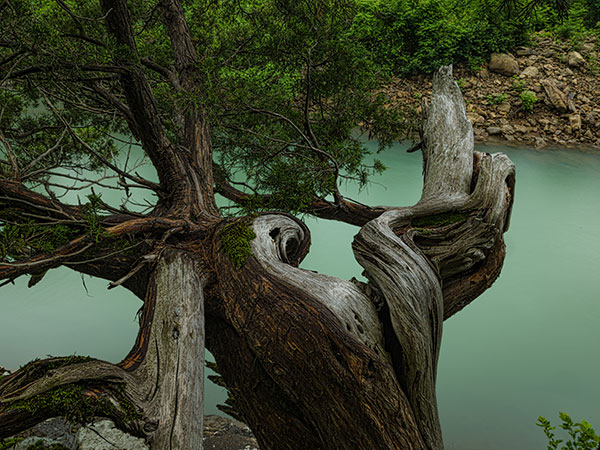 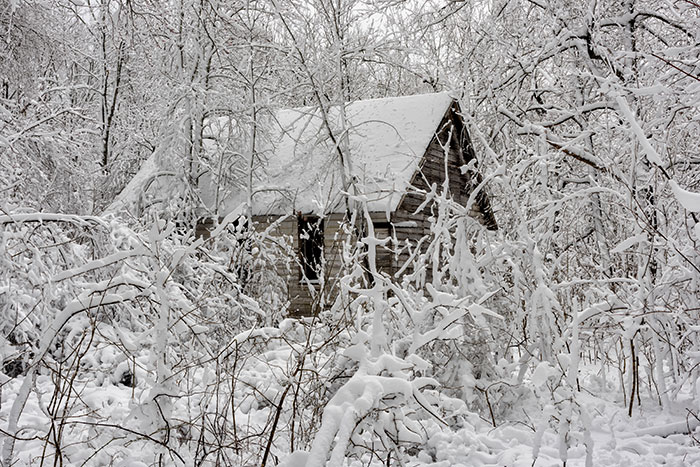 More than a foot of new snow blankets the historic Robert’s Gap Schoolhouse in the headwaters of the Buffalo River near Red Star. 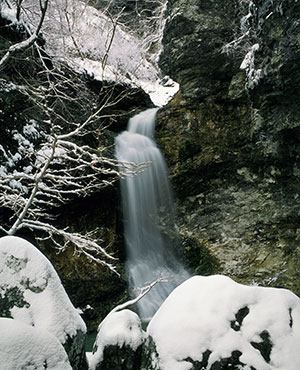 Eden Falls in the snow, along the Lost Valley Trail, Buffalo National River. 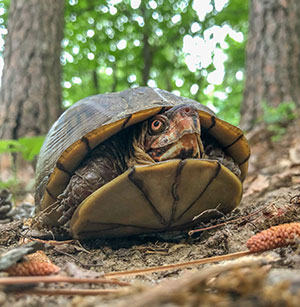 A shy box turtle emerging from a winter slumber in a shallow burrow covered with leaf litter.