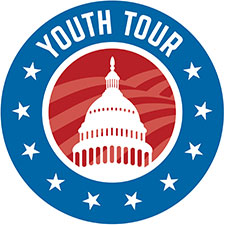 What do you do when, for the second summer in a row, the electric cooperatives’ national Youth Tour to Washington, D.C., is canceled?  You improvise.

Usually dozens of Arkansas students — rising seniors chosen from their electric cooperatives — join students chosen from other states’ rural electric cooperatives for an eventful week in Washington, D.C. They visit iconic sites and meet leaders to learn up close about our federal government and shared national history, and to understand more keenly that “freedom isn’t free.”

“I couldn’t see going two years in a row without some sort of offering for our members, so we decided to hold our own virtual Youth Tour focused on public service in our communities,” said J.D. Lowery, coordinator of Arkansas Electric Cooperatives Youth Tour to Washington, D.C., and community and economic development manager for Arkansas Electric Cooperative Corporation.

Lowery invited an impressive roster of speakers to help this year’s Youth Tour participants get enthused about different kinds of public service and more familiar with the state’s political leadership. The 25 students chosen from Arkansas’ electric cooperatives met online two hours a day for five days (June 18-24), most logging on from home. As speakers shared their insights, the students listened silently. (Oh, the magic of “mute” buttons!) Then, after the prepared remarks, the kids unmuted themselves to ask questions directly of their leaders. 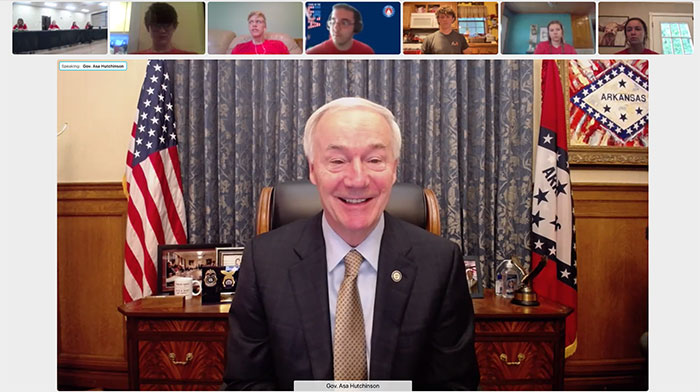 Gov. Asa Hutchinson spoke with the 2021 Arkansas Youth Tour participants via an online connection, explaining his views on current legislative matters and answering their questions. 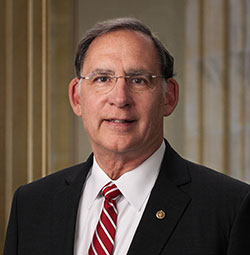 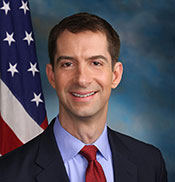 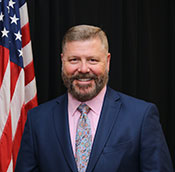 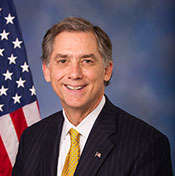 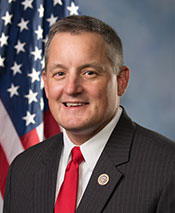 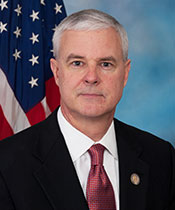 Vernon “Buddy” Hasten, president and CEO of Arkansas Electric Cooperative Corporation (AECC) and Arkansas Electric Cooperatives, Inc. (AECI) welcomed this year’s group. He spoke briefly, underlining that his public service — joining the military — led to a career he loves. “Get involved. Volunteer,” he urged the young people. “Volunteering is why I’m here. It’s led me to great experiences.”

In a typical year, the entire Arkansas congressional delegation meets with Youth Tour students in person at the U.S. Capitol, so Lowery said including them in the virtual event was “a no-brainer.” The six legislators spoke candidly on screen with the students about their work, their committee roles and how they planned to vote on upcoming legislation. This year, Lowery also invited Gov. Asa Hutchinson to join. Hutchinson spoke positively about Arkansas, gave his thoughts on some federal legislation and encouraged students to engage with and give back to the state. 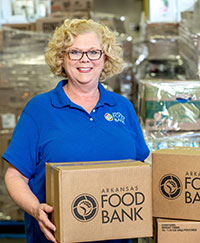 Rhonda Sanders, CEO of Arkansas Foodbank, told participants about the many generous supporters who donated their stimulus checks during the pandemic.

Rhonda Sanders, CEO of Arkansas Foodbank, discussed leading a nonprofit and the important work food banks do to feed Arkansas’ hungry, especially with the increased demand during the pandemic. Skip Rutherford, newly retired dean of the Clinton School of Public Service, spoke extemporaneously, sharing powerful stories — positive and negative — from his decades of service.

Rob Roedel, AECI and AECC director of corporate communications, gave a short presentation, “Co-ops 101,” introducing students to the work the rural electric cooperatives do and the values and policies that differentiate co-ops from for-profit energy companies. Then, Rex Nelson, senior editor at the Arkansas Democrat-Gazette, gave a quick historical overview, “Arkansas: a State of Disaster,” recounting colorfully from the beginning of Arkansas history the key disasters — natural and man-made — that he said shaped the character, living conditions and politics of the state.

John Edwards, retired colonel in the Arkansas National Guard and former state senator, shared with students his thoughts on public service, not only in the military but also for their communities.

Sam Pittman, head football coach of the Razorbacks, sent a pre-recorded video for the Youth Tour participants. He spoke about the importance of harnessing the mind in pursuit of dreams, defined the true metrics of success (“the way you make others feel around you”) and said empowering others “will make you a better leader, a better teacher … and a better person.”

In between and after speakers, students competed for gift cards on an online quiz platform, Kahoot!, playing games Lowery had set up. Some were on-topic (Arkansas history, famous Arkansans) and some were just for laughs. (The “dad jokes” quiz was a particular hit).

A second major aspect of Youth Tour this year was a chance at one of three $5,000 scholarships. Following the virtual Youth Tour, participants could take on individual service projects in their communities. Students submitted their projects to be judged, with the three winning projects announced at the end of July, after magazine presstime.

Ashley Brown of Pocahontas (Clay County Electric Cooperative) described two speakers — and a student — who made a big impression on her.

“Participating in the Virtual Youth Tour not only allowed me to learn from Arkansas lawmakers and community leaders, but also my peers,” she said. “One participant asked our first speaker, Gov. Hutchinson, about the American Rescue Plan and its limitations for use, as he and his community did not have access to citywide water. I was extremely taken aback by this. I couldn’t fathom a community having to solely rely on wells and trucking in water, especially because I know how tricky wells can be.

“Immediately following Gov. Hutchinson’s speech, we spoke with Skip Rutherford, dean of the Clinton School of Public Service. He spoke directly to us. … Skip Rutherford noted his own experiences in public service and how they related to problems we faced, including access to water.”

Heath Williams of Chester (Ozarks Electric Cooperative) was the student who asked the question about water for his community. He also cited the responses to his question about rural water for his community as the week’s highlight for him: “I asked [Gov. Hutchinson] about the possibility of using that money to get water here. He said it was a possibility, but I would have to contact the people in the county. … I’m hoping to follow up on that. I hope that what I said to him had an impact.”

In Cabot, Chloe Miller (First Electric Cooperative), said she appreciated the virtual week. “It was disappointing not being able to go to Washington, D.C., but the Youth Tour coordinators did a great job organizing everything,” she said. “It was really cool to hear from Gov. Asa Hutchinson, Sen. Tom Cotton, Rep. French Hill, and all the other speakers. …. I also liked hearing from Rhonda Sanders, the CEO of Arkansas Foodbank. We got to hear about her helping the community during the pandemic.” 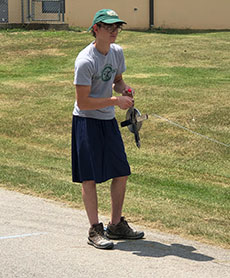 Logging into the virtual Youth Tour in Norfork, Elliott Ruegsegger (North Arkansas Electric Cooperative) was alert and engaged, asking questions of many speakers. “I really enjoyed the politicians, having access to talk with them directly,” he said. “I also loved the camaradeship between Reps. French Hill and Steve Womack. They were on at the same time and were clearly friends who knew each other well and joked a lot. I wasn’t expecting that kind of back-and-forth, and thought it was really cool seeing the relationships that form.”

Getting to work in their communities

Ruegsegger’s scholarship competition service project was to improve the Norfork High School track-and-field program’s amenities; he painted different race distances on the track, and he has plans to dig a long-jump pit. “I compete in track here, but the school doesn’t have the funding for a lot of equipment, so this is something I can do that will help future students, too,” he said.

Williams said for his scholarship project, he’s rebuilding a stand-alone 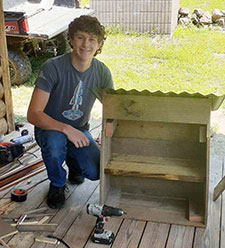 Heath Williams noticed structural problems with Farmington Middle School’s stand-alone lending library, so he rebuilt it to better protect the books and serve the children.

lending library on the grounds of Farmington Middle School. “They had one, but it was too high for middle schoolers to reach, and it wasn’t waterproof, so the books would get damaged,” he explained. He built one using outdoor-grade picket-fence wood and a waterproof metal roof, set on a pole short enough for fourth graders. “We have students who can’t get a library card, but they can just come outside the school and pick out a book. There’s a real need for access to improve literacy rates.”

In Pocohantas, Brown noticed that between a new aquatics facility and new tennis courts sat an “old, beat-up park.” She said, “The paint has been chipping off the equipment for as long as I can remember, but that doesn’t stop it from being popular  with daycares and the local DARE program.” Brown recruited a friend to help her repaint the equipment. “The transformation was incredible to watch,” she said. “On the last day that we worked at the park, we stuck around for a while after watching kids run and play on the equipment after it was painted. 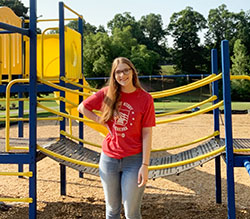 For her service project, Ashley Brown of Pocahontas chose to repaint playground equipment in a city park, giving it new life for local kids.

I loved the experience.”

For her part, Miller began volunteering for the thrift shop at a women’s and children’s shelter, Lonoke County Safe Haven. She also organized a fundraiser for the center, recruiting Cabot High School staff to compete in a tennis tournament and asked people to bring donations for Safe Haven. “I raised a lot of donations for women and children in the shelter,” she said. “I have always loved helping people, and it was very fulfilling to see all the donations the community brought.

“The Youth Tour was a very educational and memorable experience for me.”

Chloe Miller of Cabot (white shirt) threw a fundraiser for a local women’s and children’s shelter by recruiting school staff to compete in a tennis tournament and collecting donations for the shelter.