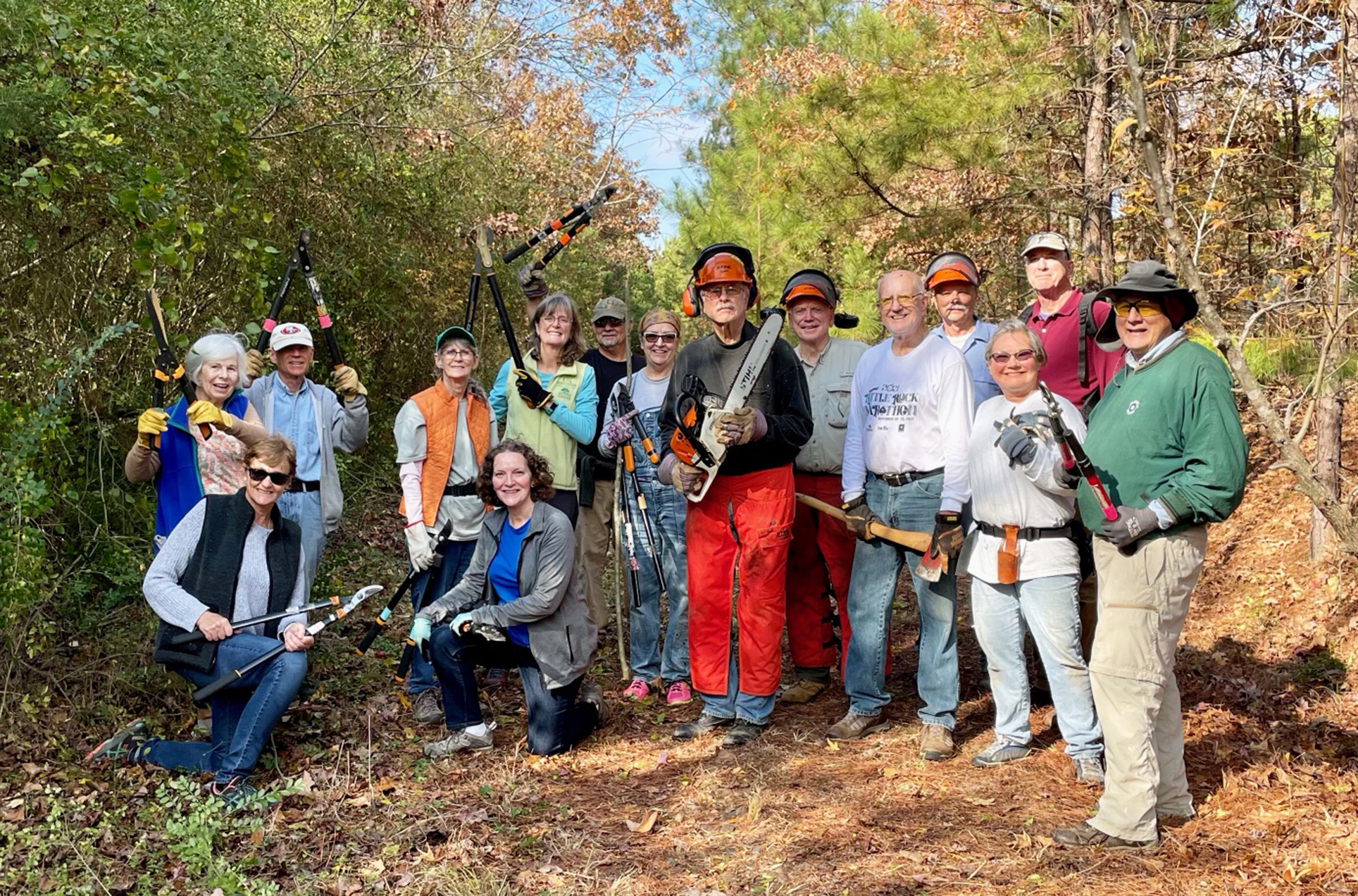 Marvel may have Guardians of the Galaxy, but Arkansas has its own protectors and preservers who marvel at the state’s wild beauty.

Arkansas Master Naturalists is a volunteer organization that celebrates and safeguards The Natural State in all its natural forms.

“We’re like Master Gardeners on steroids,” says J.B. Portillo, membership chair and treasurer for the statewide Arkansas Master Naturalists organization as well as the Northwest Arkansas chapter (NWAMN). She’s also a leader in the Master Gardeners, an unrelated organization that teaches advanced gardening and horticulture skills. “Like Master Gardeners, we do plants, but we do everything else, too. The stars. The rocks. The birds. The bees. The streams. Everything. We’re volunteer educators; we’re citizen scientists and stewards of the environment. Our job, our mantra, is to preserve Arkansas’ natural beauty. That’s what we’re all about.”

And like Master Gardeners, members train to earn the distinction of being a Master Naturalist. The training to join a chapter is 40 hours. Those who want to be certified Master Naturalists complete an additional 40 hours of volunteer work. Chapters generally open instruction to one class of Naturalists-in-Training each year, typically from January through May.

During training, experts teach novices about the various ecological fields that naturalists study. 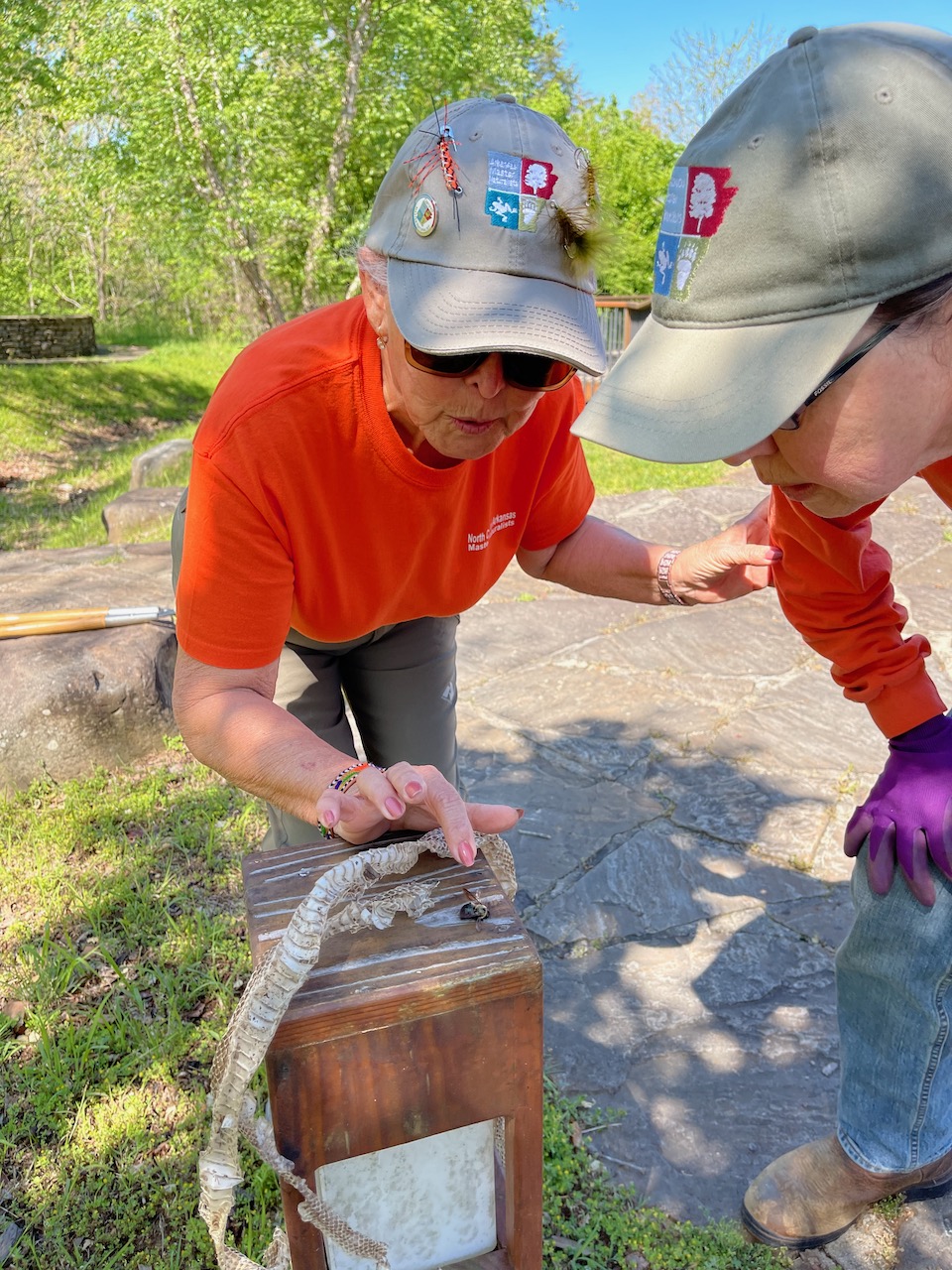 Membership has its advantages

After graduating from training, members attend monthly or quarterly meetings that bring in different experts to do programs on more advanced or specific topics. And then there are further opportunities to train in new skills. Members might choose to certify as chain saw operators, or take a birdwatching class, or learn how to safely explore and map a newly discovered cave. On top of that, there are social outings members can choose like wildflower hikes, kayaking excursions and the endless volunteer opportunities that are at the active heart of Master Naturalists’ mission.

“The training is general,” Portillo says. “And then what people do is find their niche where they want to spend their time.” 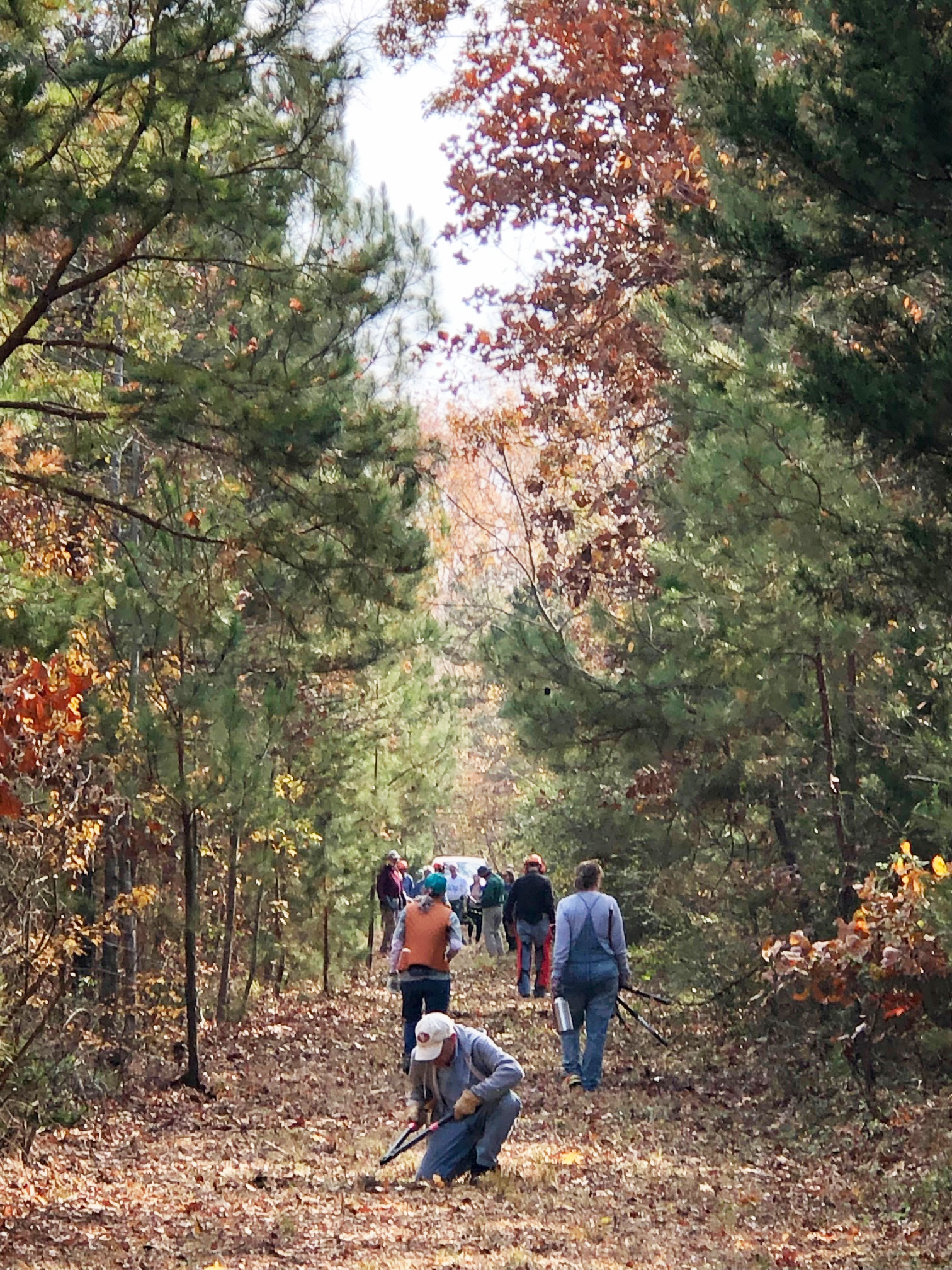 Trail Patrols sometimes build trails from scratch, or enhance them by building footbridges, steps or handrails in the dicey parts. Then they maintain them; a group of naturalists will head onto a state park trail, for example, armed with loppers, rakes, leaf blowers or other power tools, to clear encroaching branches and fallen trees, and clear weeds and leaves so paths are safe for hikers.

Nell Doyle, president of North Central (NCAMN), speaks of a 2020 trail-building project in Roy Danuser Park, a city park near Bull Shoals-White River State Park. “We constructed a trail that connects the city park’s trail to a state park trail near the visitor center,” she says. “The volunteers built steps down an incline using posts that came from a volunteer’s friend who’d cleared cedar on some private property. The wood would have been discarded, but now we have a trail.”

Doyle says NCAMN’s Trail Patrol meets two-to-four times a month from autumn to spring to maintain more than 60 miles of hiking trails in Baxter, Marion, Stone and some surrounding counties. Other chapters have their own area trails they’ve adopted.

The Stream Teams monitor streams and other bodies of water. They collect samples to measure streams’ health and the types of organisms living in them, from fish to macroinvertabrates (tiny bugs), then share that data with the Arkansas Game and Fish Commission, so it has up-to-date information about those waterways.

A major Master Naturalists’ focus is holding cleanups around the state, often in conjunction with Keep Arkansas Beautiful and other local groups. In Central Arkansas, their primary cleanup site is Fourche Creek.

“Fourche Creek is a beautiful natural area in the city that unfortunately is regularly polluted with debris because every storm drain in Little Rock drains into the creek. All the city’s littered bottles and trash end up here,” says Anne Holcomb, the chapter’s 2021 Master Naturalist of the Year. Central Arkansas Master Naturalists (CAMN) volunteers use jon boats and canoes to extract debris. Between November 2020 and December 2021, the chapter, with other volunteers, pulled 13,110 pounds of trash and illegally dumped tires from Fourche Creek. 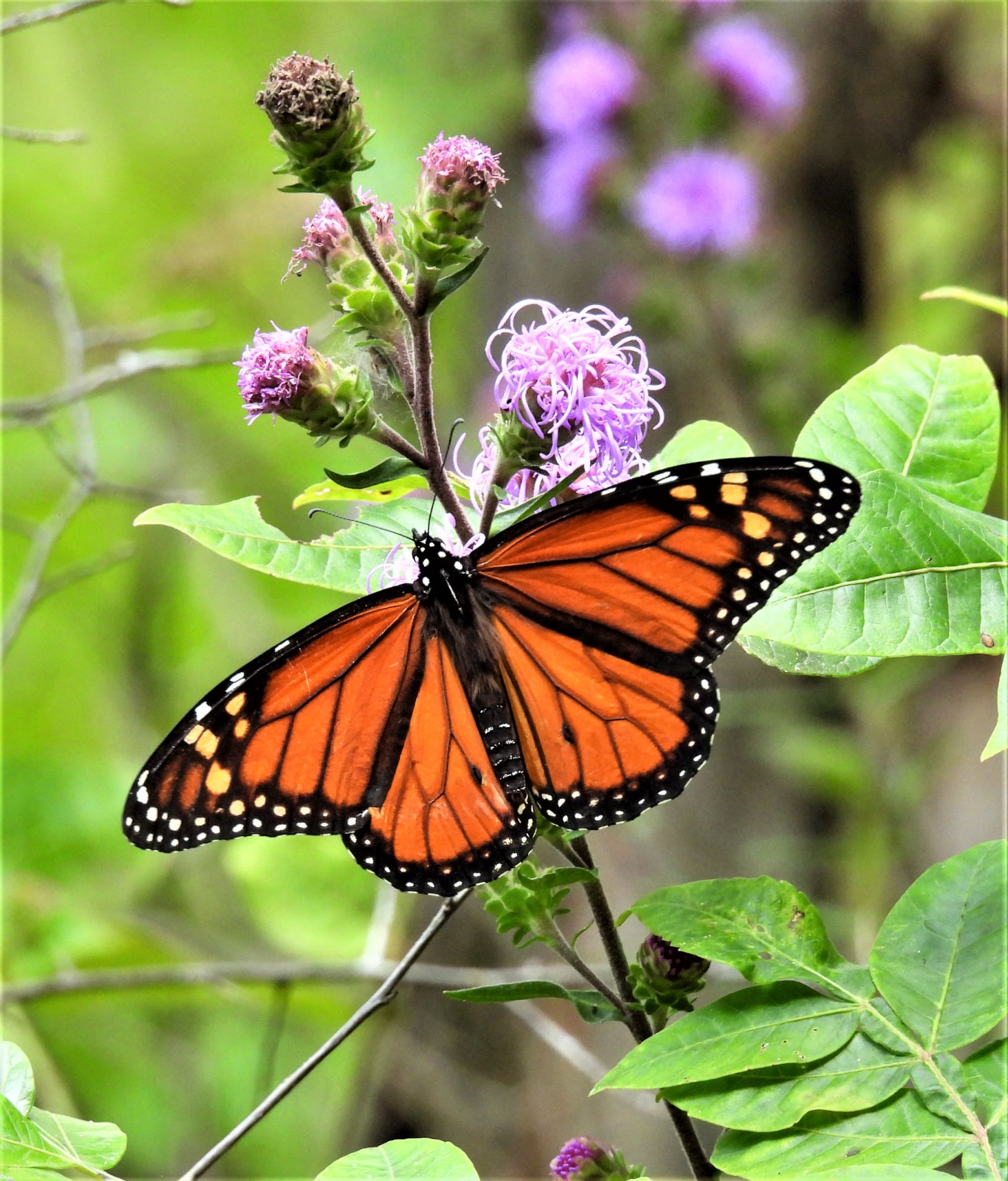 The Native Plant teams encourage the use of native plants in gardens, yards and wild areas. And they eradicate invasive species that can choke out beneficial plants, insects and wildlife indigenous to Arkansas. They volunteer for city parks, state parks and other agencies.

Portillo says the chapters’ annual Native Plant Sales are wildly popular: “We raise our own plants to sell, mostly on cuttings from our own members. We have super-quality plants. A lot of what we do is convert things back to nature. For instance, we put in native plant beds, then we propagate the seeds, then we sell them, then we pass it on, and then we train people how to do this.”

She says the chapters work with many local partners, from city parks to colleges to the highway department, which now plant wildflowers along the roads.

NCAMN, for instance, assists the Ozark Folk Center State Park’s Herbalist and Head Gardener Tina Marie Wilcox with maintaining the park’s Heritage Herb Gardens in the Craft Village and throughout the park. Doyle, who leads that team of volunteers, says, “And while we’re working in the park’s gardens and greenhouse, we’re also learning about things like the medicinal and culinary uses the plants have traditionally served, for instance, and how to propagate them. We believe in learning while doing and having fun with it.” 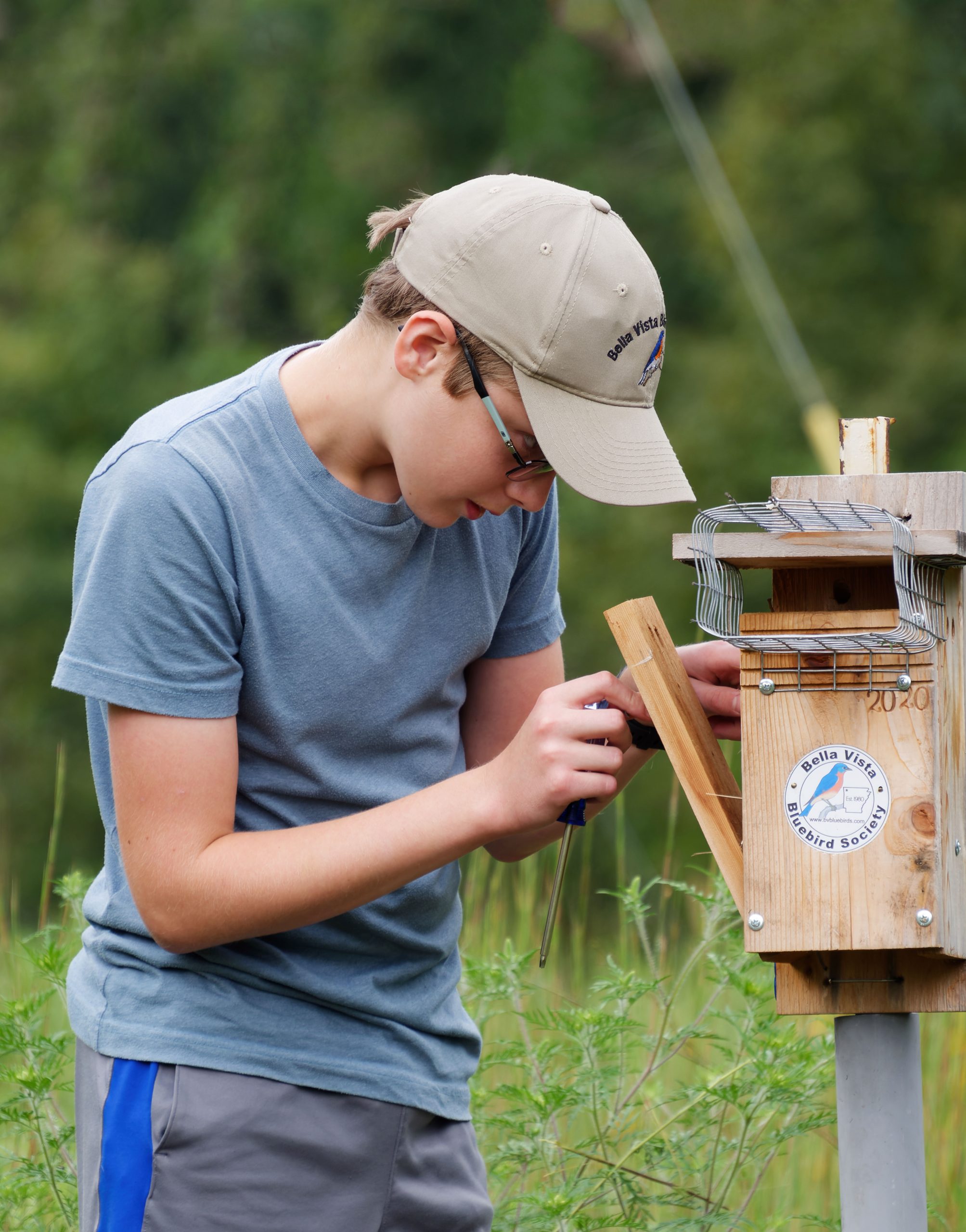 Another priority for Master Naturalists: educating children about the natural world to spark future generations’ interest in protecting it. To that end, each of the chapters have Kids Teams for educating youngsters.

Nancy Deckard, a member of CAMN’s board, says her pet project is a nature education program for preschoolers at Pinnacle Mountain State Park. “It’s called Little Wild Ones,” she says. “We teach little children about animals and birds and anything that’s part of The Natural State.”

Deckard says that while people often assume that all kids in a rural state grow up comfortable running around in nature, that’s not always true. “We have children who come who have no outdoor education at all, and they are afraid to go on a paved trail in the woods,” she says. “If I ask them, ‘What animals do you think you might see?’ They frequently will say monkeys, they’ll say tigers … Thank goodness, they’re getting some exposure.”

But kids learn. Deckard speaks of one time she attended an event at Pinnacle Mountain State Park, and one of the kids from her Little Wild Ones preschool class happened to be there with her family. “They had raptor rehabbers there to show off their birds,” she says, “and every single question the rehabbers asked about birds, this child could answer. I was bursting with pride that she learned all that at Little Wild Ones.” 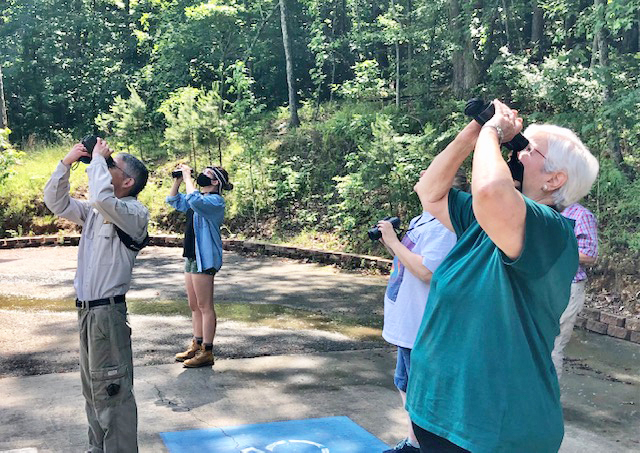 The membership is largely made up of retirees, because they have the free time to volunteer and enjoy being active and social outdoors, Portillo says. But several of the chapters’ memberships are getting younger and offering more weekend and after-hours opportunities.

Deckard, who became involved in CAMN shortly after relocating to Little Rock in 2008, says, “CAMN was a great find for me. It was a wonderful way to meet people here. It’s like having instant friends. And they’re just such wonderful people; we all love to learn. … Everybody’s so interested in all these varied topics. It’s nice to be with people who appreciate these kinds of things.” She continues with a laugh, “Shopping used to be my hobby. This is much better.”