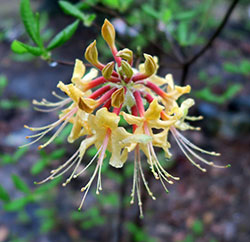 There are more than 10,000 varieties of azaleas.

The azalea could be considered the state shrub of Arkansas since it is the most common shrub planted in our landscapes. According to the Azalea Society of America, there are more than 10,000 varieties of azaleas that have been registered, and hundreds if not thousands more that are unnamed seedlings. Azaleas come in a wide range of mature sizes. There are dwarf plants that grow no taller than 10-12 inches up to large Southern indica varieties, which can grow 12-15 feet tall. With so many varieties, no nursery could carry even a tenth of what is available, but they do have plenty to choose from.  There is an azalea that will work in almost any landscape if you are willing to follow a few simple guidelines.

We had an excellent showing of azaleas this spring, but some of their blooms got cut short with our early April freeze. The flowers that survived, or the buds that were not open actually, lasted longer than normal due to the cooler weather.

While there are some late-blooming varieties which may have blooms still, many have finished blooming. 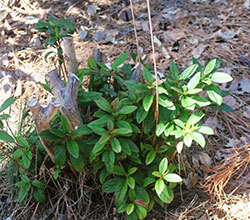 Prune azaleas directly after they bloom.

If you have azaleas in your garden that have overgrown their bounds, or that you would like to cut back, now is the time to prune. Not all azaleas should be pruned every year. If pruning is needed, it should be done as soon after blooming as possible, but no later than mid-June. If you prune after mid-June, you begin to limit the plants’ ability to rebound with new growth and set good flowers for the following season. Flower buds will begin to form in late summer into early fall. Choosing varieties that fit your landscape and knowing the mature size you need will limit the need for major pruning.

One other reason to prune is cold damage. Azaleas have a thin outer bark on their stems. When temperatures get really low and the plants are in transition (going dormant in the fall or beginning growth in the spring) the sap can freeze, causing the outer bark to split. If you see split branches, your only recourse is to prune beneath where the splits have occurred.  he plant may still look healthy, but once hot, dry weather occurs, those branches will not make it, so cut your losses early.

When pruning azaleas, it is best to do selective thinning of branches, cutting intermittently throughout the shrub at various heights. The results will look much more natural than the meatball look you get with a shearing using an electric hedge trimmer. Follow pruning with a light application of azalea food, and your season is off to a good start.

If you need some new azaleas for your garden, there is a good selection at local nurseries. As mentioned previously, choose a plant that will fit your landscape in mature height. Most evergreen varieties are native to Japan, while those that are native to North America are deciduous types which lose their leaves in the fall. Native azaleas come in shades of white, purple, pink, red, orange and yellow. They are also usually quite fragrant. Evergreen azaleas come in shades of purple, pink, red and white, but no yellows or light oranges. Some plants have multiple colors, stripes or flecks in the blooms. All varieties of azaleas can be grown in the southern two-thirds of Arkansas, but those in the northern tier do have to choose a bit more wisely, since cold tolerance can limit their options. All azaleas should bloom in the spring, but there are now re-blooming varieties like Encore and ReBloom, which can bloom again in the fall. 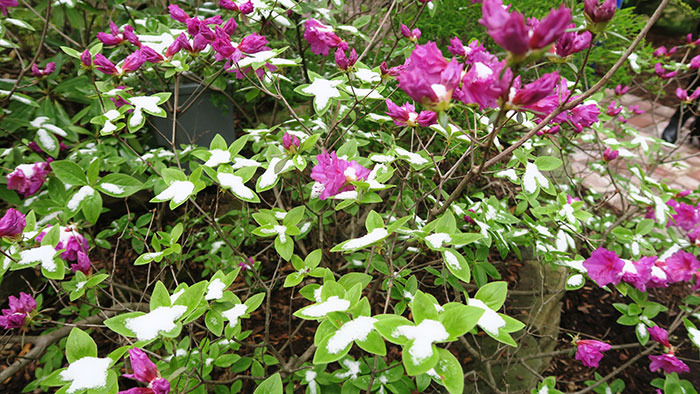 Some azaleas may have variegated leaves.

Azaleas are not drought-tolerant plants.  Most prefer filtered sunlight, or morning sun and afternoon shade. They need a well-drained, acidic soil high in organic matter. Heavy, wet soils can lead to an early death.  When planting azaleas, make sure to plant them slightly shallower than they are growing in their containers.  Score the root ball in several places to help the roots spread out at planting. Azaleas get root-bound quite quickly in a container. If you don’t cut through these wrapped roots, the plants will not begin to spread out their roots, which will hinder establishment.

Once you plant, mulch the plant with 2 to 4 inches of pine straw, leaves, pine bark, wood chips or whatever is available, but leave an inch around the stems without any mulch. Then water it slowly and thoroughly. Water it again the next day, and at least once a week for several weeks. The goal is to settle the soil and remove any air spaces, and to make sure the disturbed roots have ready access to water until they can grow into the surrounding soil. Azaleas will never survive without watering in dry summers, but newly-planted shrubs are even more reliant on supplemental watering for the first year.

On established plants, an inch of rainfall each week is ideal. Supplemental water may be needed if the rainfall is less than that, especially if there is no rainfall for extended periods.