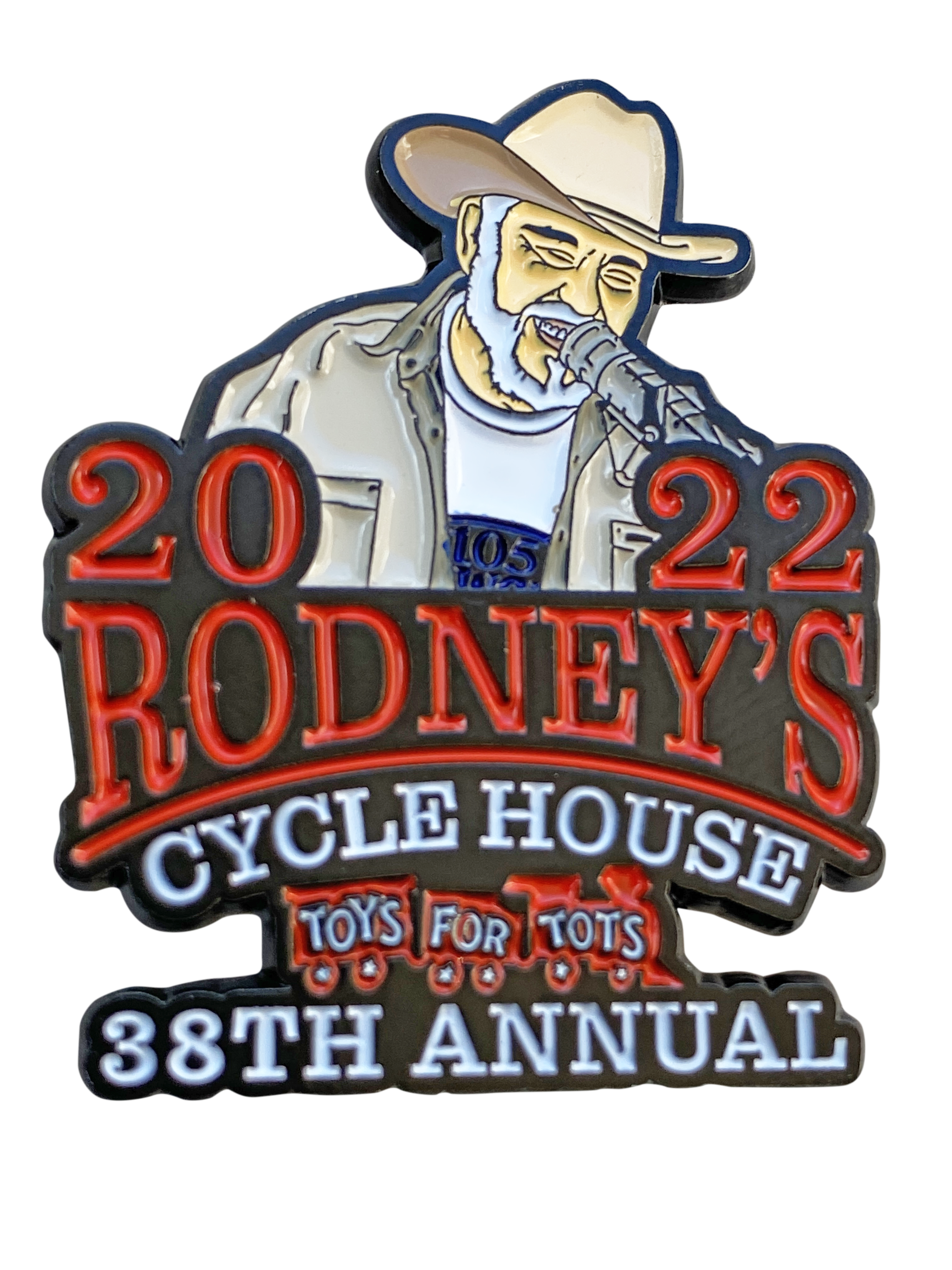 Being a part of the Marine Toys for Tots campaign is always emotional for Rodney Roberts, who coordinates the event’s Little Rock motorcycle parade each December. But this year, which marks the 38th time he has led Toy Run, may be the most touching of all.

That’s because for the first time in nearly 50 years, legendary country radio disc jockey Bob Robbins won’t be behind the microphone. Robbins’ signature folksy voice won’t urge people to donate toys for children in need and welcome bikers to “Toy Hill” to drop off their gifts. Robbins passed away in May at the age of 78.

Roberts, who owns Rodney’s Cycle House in Little Rock, says, “We’ll see if the rest of us can keep it going, in Bob’s honor.” He adds that the 2022 Toy Run, slated for Dec. 4, is dedicated to Robbins: “This was his big deal for nearly 50 years.”

Roberts says Robbins was “a one-man army” who had the connections and passion to unite sponsors and volunteers to help make the event one of the most successful Toys for Tots campaigns in the nation. Growing up poor in a large family in Georgia, Robbins knew what it meant to wake up without toys on Christmas. 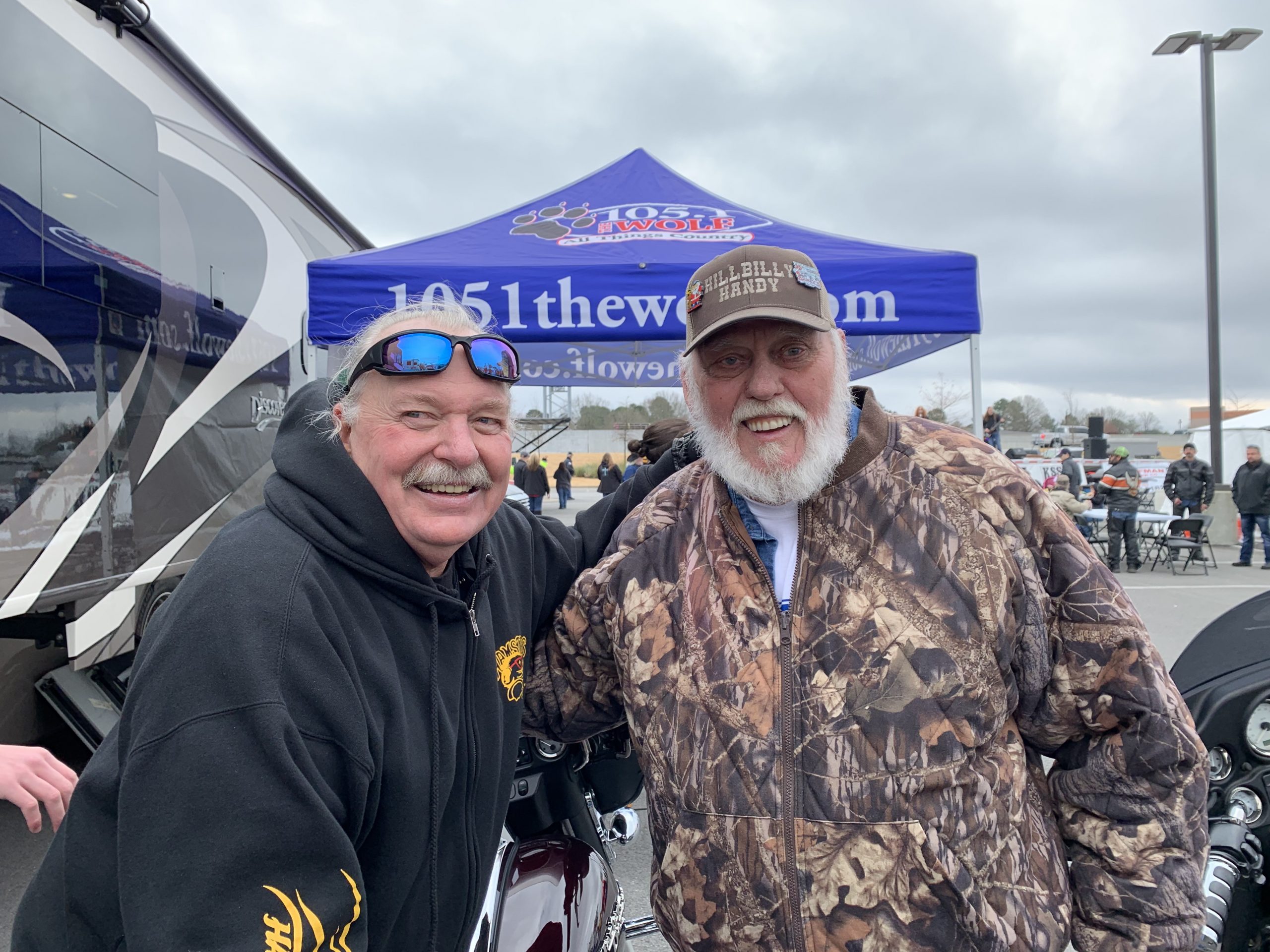 “That’s why I do it,” Robbins once told Little Rock television station KTHV, Channel 11. “I just love seeing kids happy, and I remember the days when my mother didn’t have the money.”

Roberts hosted the Toy Run with another local charity for a few years before he met Robbins and joined the Toy Hill event in 1986. At its peak, the Toy Run drew about 2,000 bikes, which began at his shop on Doyle Springs Road and ended at Toy Hill, then located near War Memorial Stadium and the Little Rock Zoo. Robbins spearheaded the event while working for Little Rock radio stations KAAY, KSSN and finally KMJX, The Wolf.

“It’s been a really good event for a long time,” Roberts says. “I know a lot of kids get blessed, but a lot of adults who come and give also get blessed.”

Now, after nearly four decades, Roberts says there are parade riders who once received toys through the program. “They say, ‘I was one of those kids.’ It is pretty emotional.”

It’s not only emotional, it’s impressive. Roberts says, “Everybody’s always been amazed when the motorcycles come in. And, of course, Bob was really happy about it, and we brought in so many more toys.”

The motorcycle parade became such an important part of the Toy Hill campaign that when an ice storm hit several years ago, the event was postponed until the next weekend because bikers couldn’t safely ride on slick streets. “We pulled it off, got it done,” Roberts says. 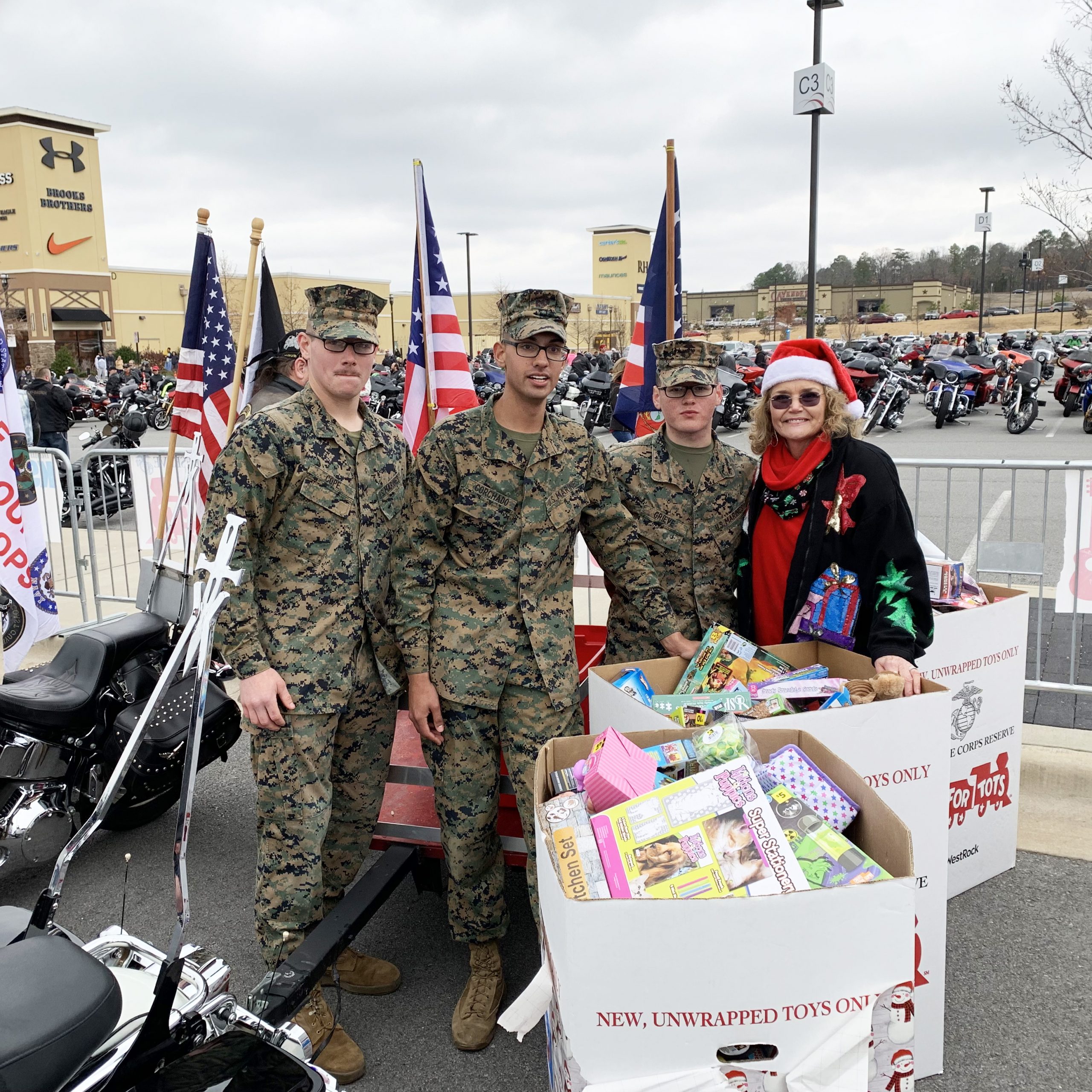 In recent years, the parades have averaged about 700 riders. Along with their leather vests and chaps, the riders sport Santa caps and other holiday attire. Many decorate their motorcycles with lights and tinsel. Led by police escorts, they make their way to Shackleford Crossings in west Little Rock, home of event sponsor iHeart Radio’s studios. They park their bikes, remove the toys from their “bags” (saddlebags, seats and luggage racks) and present them to Marines to be loaded in semitruck trailers.

Some riders even don full Santa suits, but Roberts says they are Santa’s helpers. “The only Santa Claus is going to be that guy right there,” he says, pointing to Robbins’ image on the 38th annual Toy Run commemorative pin.

Admission to ride in the parade is one unwrapped toy. The parade starts at
2 p.m. on Dec. 4 at Rodney’s Cycle House, 8120 Doyle Springs Road, Little Rock. Call 501-562-6336 or visit: facebook.com/RodneysCycleHouse.

This year, the Marine Toys for Tots Program — which collects and distributes toys to less fortunate children at Christmas — celebrates 75 years of making spirits bright.

The initiative began, according to Toys for Tots, in 1947 when Diane Hendricks wanted her husband, Marine Corps Reserve Maj. Bill Hendricks, to distribute her handmade dolls to an organization for needy children. When Major Hendricks couldn’t find one, Diane suggested he “start one!” He did, and his reserve unit collected 5,000 toys.

Today, Toys for Tots distributes 18 million toys each year. Since 2012, some of those toys have come from employees of the Electric Cooperatives of Arkansas. Exercising the “Concern for Community” principle, employees donate funds via payroll deduction. As of press time, employees already had surpassed this year’s $1,500 goal.

To learn more about Toys for Tots or to donate, visit
toysfortots.org.