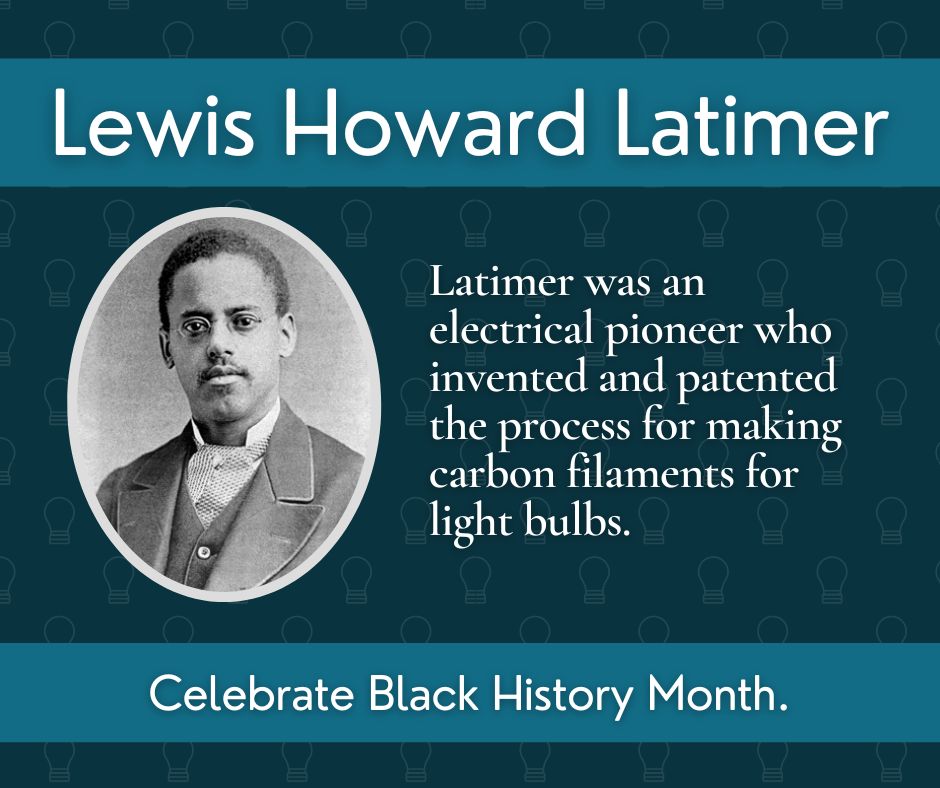 February is Black History Month and a great time to shine a spotlight on an electrical pioneer who improved light.

The self-taught Lewis Howard Latimer, according to the Lewis H. Latimer House Museum in Flushing, New York, “worked with three of the most celebrated scientific inventors in American history, Alexander Graham Bell, Hiram S. Maxim and Thomas Alva Edison. He played a critical role in the development of the telephone, significantly improved the production of carbon filament and made important contributions to the commercialization of the incandescent light bulb.”

Latimer had numerous inventions and wrote the first book on electric lighting, “Incandescent Electric Lighting” (1890). By the glow of the lighting he improved, the well-rounded Latimer even wrote plays and a book of poetry, “Poems of Love and Life” (1925).