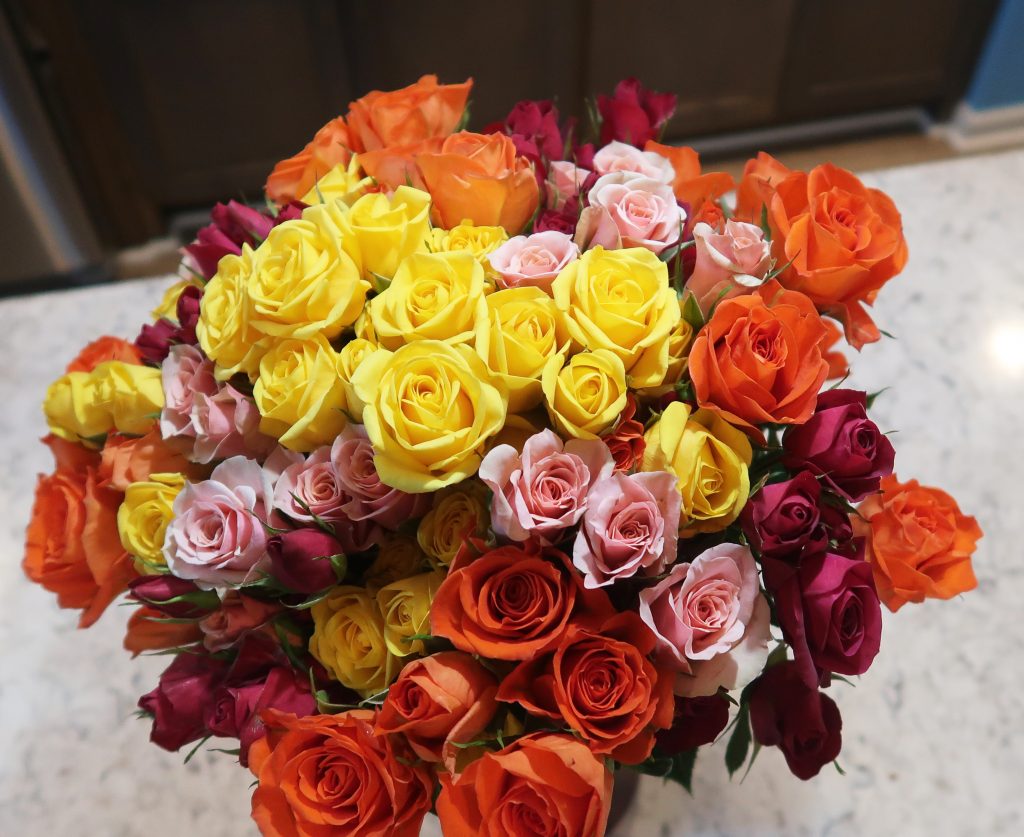 Roses are red … and pink and yellow and orange!

Every Feb. 14, couples around the world celebrate their  love, and flowers are a common addition. This day is much more than a simple celebration, it is an important date for economies around the world, generating massive revenue for florists, restaurants and jewelers. Candy and card sales are also high. In 2020, a record $27 billion was spent on Valentine’s Day in the United States alone, according to the National Retail Federation.

Why do we celebrate Valentine’s Day? There are quite a few theories, but most seem to focus on one of three saints named Valentine. Whoever was the namesake, Pope Gelasius declared Feb. 14 as the official Valentine’s Day back in the fifth century. It supposedly honors the day Saint Valentine was beheaded! Not too romantic! In Chaucer’s day, English birds paired off to produce eggs in February. Soon, nature-minded European nobility began sending love notes during bird-mating season. Again, not too romantic.

By the middle of the 18th century, handwritten notes and other signs of affection were common Valentine’s Day customs in England. Now, approximately 145 million cards are sent out each Valentine’s Day, according to Hallmark. The Society of American Florists estimates 250 million roses are produced for Valentine’s Day, with nearly 70% being red. 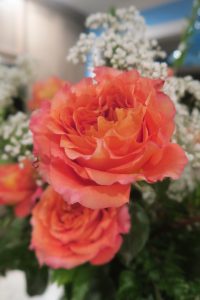 The rose became the flower of Valentine’s Day because of its affiliation with Aphrodite, the goddess of love. It is said that the rose bush grew from the tears of Aphrodite and the blood of Adonis, her lover.

The tradition of giving Valentine’s Day flowers dates back to the late 17th century, during the reign of King Charles II of Sweden. During a trip to Persia, King Charles II was exposed to a new art — the language of flowers. The color of the roses given had great significance. Red is the symbol of love, thus the popularity of the red rose. Other rose colors and their meanings: Yellow for friendship and care. Lavender for fascination and adoration. Pink for admiration and appreciation. White for innocence, new beginnings and remembrance. Peach for thanks and gratitude. Orange for passion, energy and fascination. Green for best wishes and harmony. Blue for mystery and desire. Black for mystery or elusiveness. Multicolored for happiness and joy.

Roses are traditional, but there are plenty of other Valentine flower options. If you want a bouquet that will last a bit longer, consider alstroemeria lilies, carnations or a mixed bouquet. Tulips also come in an array of colors. You can find a wide variety of cut flowers in red, pink and white. How you treat cut flowers will determine how long they thrive. 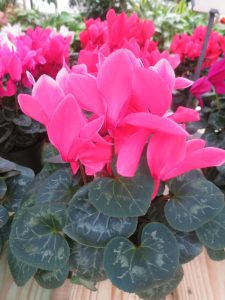 Fresh water is the most vital factor for success. If feasible, recut the stems every day or two, and change out the water if it becomes cloudy. Cut flowers will last longer in cooler locations; think of where florists store their cut flowers — in a cooler. A warm, sunny location will shorten their life. If you are arranging stems in a vase, remove any leaves off the stalk that will sit in water. Leaves tend to promote bacterial growth and can make the water cloudy.

In addition to cut roses, give a gardener a potted rose bush — and perhaps offer to help plant it! Consider a flowering indoor plant; cyclamens, orchids and bromeliads will all last a long time and be an added spot of color inside for weeks or months.

Valentine’s Day is celebrated by countries all over the world in different ways. And while bouquets are a tradition on this day in the United States, a gift of flowers can brighten any day! Happy Valentine’s Day!