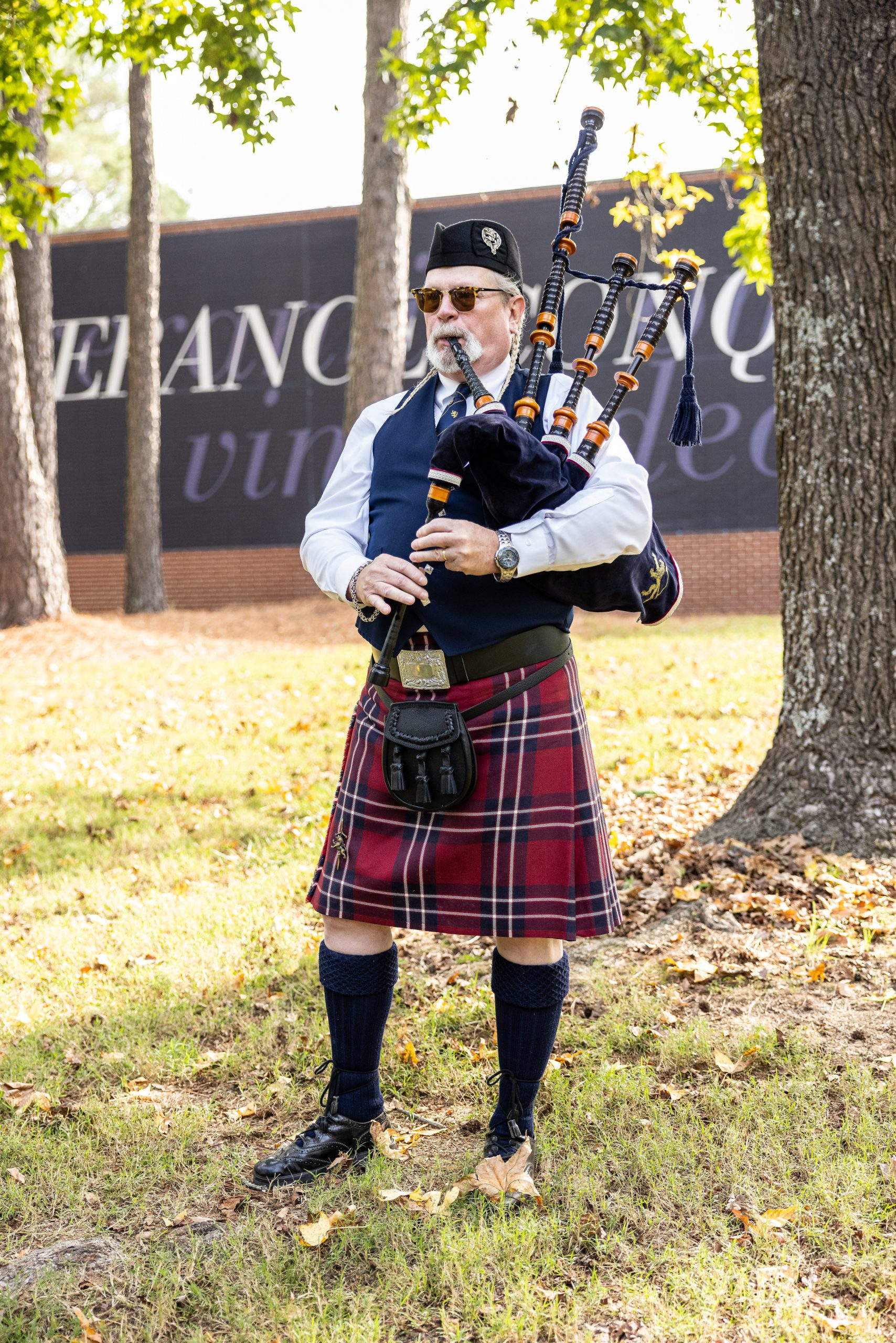 Tradition at Arkansas’ oldest independent college is tuned to the wail of bagpipes.

An array of kilted pipers, some in marching bands, will perform traditional Gaelic songs Oct. 14-16, as Lyon College stages a triple celebration on its Batesville campus — for the Arkansas Scottish Festival, for homecoming and for the university’s 150th anniversary.

Under the umbrella label of ScotsFest, the gala events are expected to attract as many as 10,000 visitors to the 136-acre campus northeast of the Independence County seat’s downtown. Founded in 1872, the Presbyterian-affiliated university with nearly 700 students marks its Celtic heritage in a variety of ways.

The college’s athletic mascots are the Scots. Lyon’s distinctive crimson and navy blue tartan is officially registered in Scotland. Its Scottish Heritage Program of academic courses, designed to teach and preserve Scottish arts and traditions in America, has a well-earned national reputation. Its Arkansas Scottish Festival has grown into a lively celebration of ethnic culture since debuting in 1979. Most events are free of charge.

“Many attendees are members of our campus community along with alumni and friends of the college,“ says David Hutchinson, Lyon’s vice president for advancement. “But an even greater number of guests are outside visitors from the surrounding regions and more than a dozen other states.”

Traditionally, the festival was held in April. But after the pandemic led to cancellation of the 2020 event and delayed last year’s gathering, it was decided to combine the festivities with autumn homecoming.

“That was a smash success, so we’ve decided to make it a permanent change,” Hutchinson says. “The co-mingling of students, parents and alumni events with the traditional festival activities has meant greater crowds, more vendors and a better experience overall.” 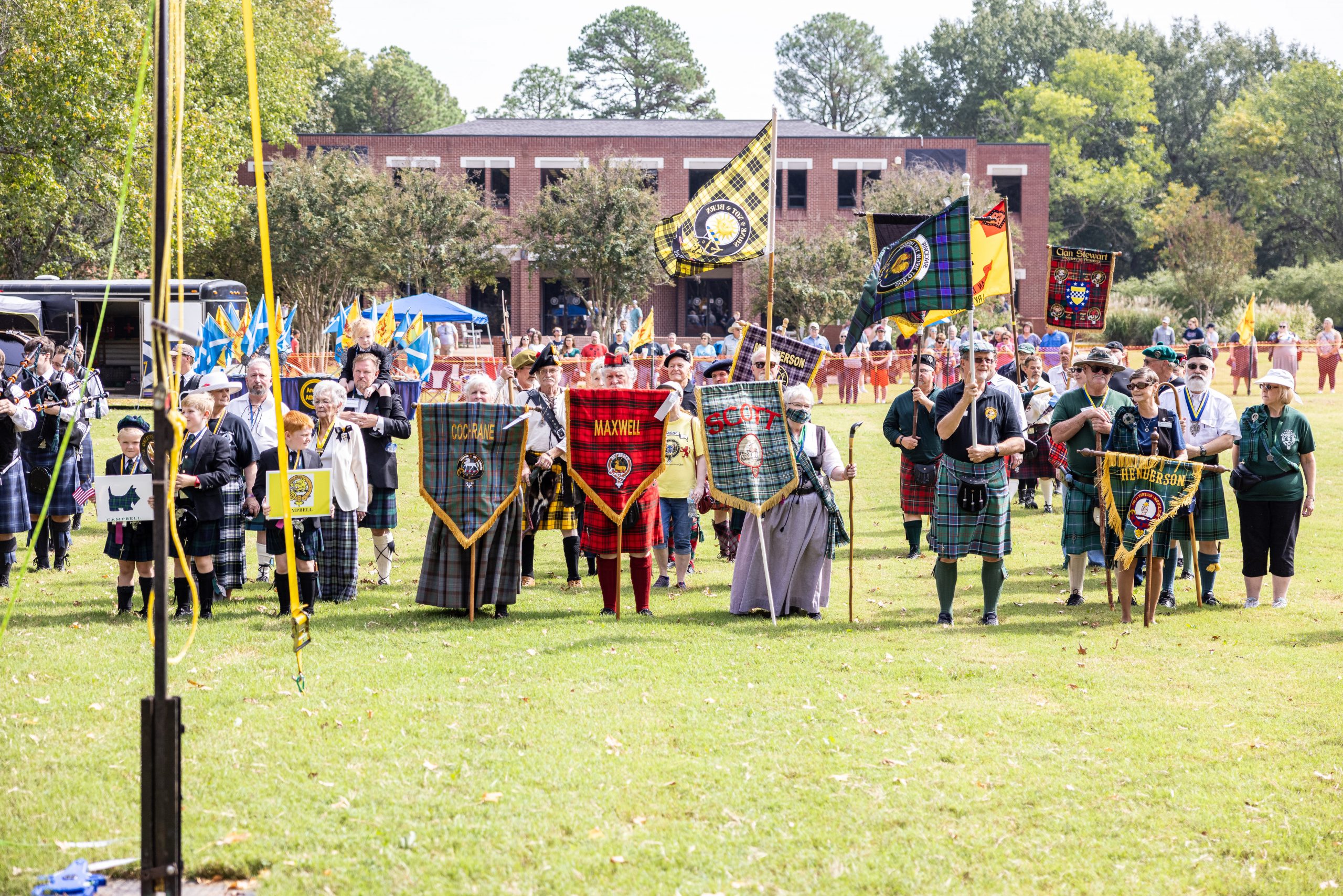 The festival’s opening ceremonies will feature several marching units playing such bagpipe classics as “Scotland the Brave” and “Amazing Grace.” Front and center will be the Lyon College Pipe Band, made up of students, faculty and staff as well as volunteers from Batesville and nearby communities. Directed by Pipe Major Jimmy Bell, the band performs across Arkansas, the rest of the nation and even abroad.

American members of more than a dozen clans will march in their tartans. Other events will include military reenactments by MacLachlan’s Jacobite Highlanders and Colonel Munro’s 37th Regiment of Foot, playing the roles of Scottish units from the long-ago battles with the English.

Athletic competitions include traditional Highland events like tossing the towering pole known as the caber — a feat of impressive might and muscle. There will be sheepdog trials, pipe-band exhibitions, a British automobile show and other ethnically focused fun. The quirkiest event is the Bonniest Knees Contest, in which blindfolded women touch and rate the knees of kilted men. This bare-bones dalliance is G-rated.

“The massing and march of the bagpipe bands as well as the Highland games are typically the most popular attractions,” Hutchinson says. “There is also a lot of interest in one of our newer elements, the Ozark Beer Company entertainment tent, which offers live music and food all day. Of course, the most requested thing throughout the weekend is the traditional Scottish meat pie!” 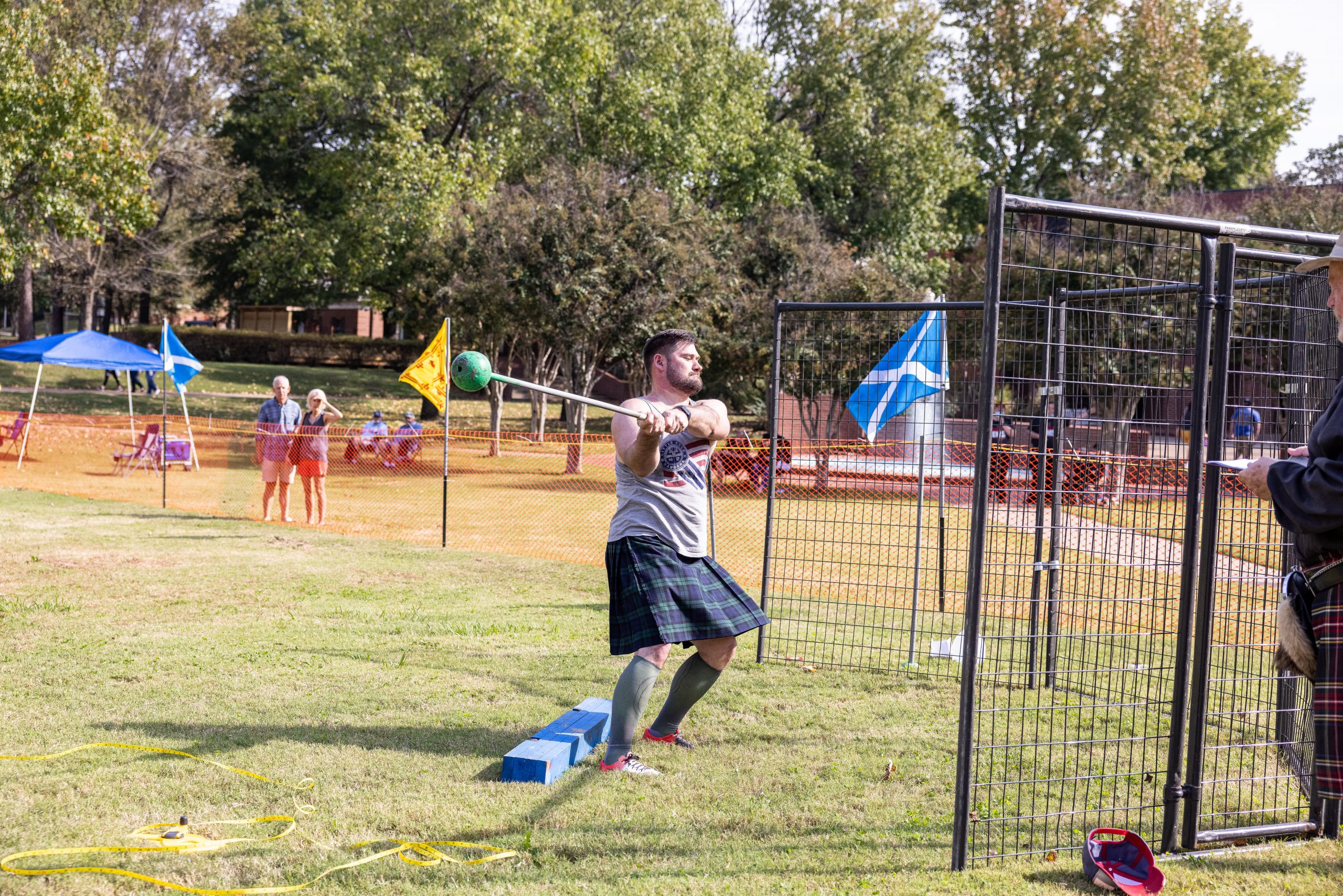 Homecoming’s title event, the Scots’ football game against Texas College, starts at 2 p.m. Oct. 15 in Pioneer Stadium. A member of Division III of the NCAA, Lyon competes in 21 intercollegiate varsity sports. Alas for the college’s athletes, the division’s track and field events do not include the caber toss or the Scottish hammer throw.

Information on the Scottish festival, Homecoming and 150th-anniversary events is available by visiting lyon.edu or calling -870-307-7000.

Today’s Lyon College exists to celebrate its sesquicentennial in part because Batesville lost out to Fayetteville in 1871 when those two cities were the finalists to be the home of the new University of Arkansas.

Instead, Presbyterian officials led by Rev. Isaac J. Long decided to open their own college in the downtown block now occupied by the First Presbyterian Church of Batesville. They did so in 1872, as Arkansas College of Batesville. The name was changed in 1994 to honor Frank Lyon Sr. and Frank Lyon Jr., both longtime board members and major donors. 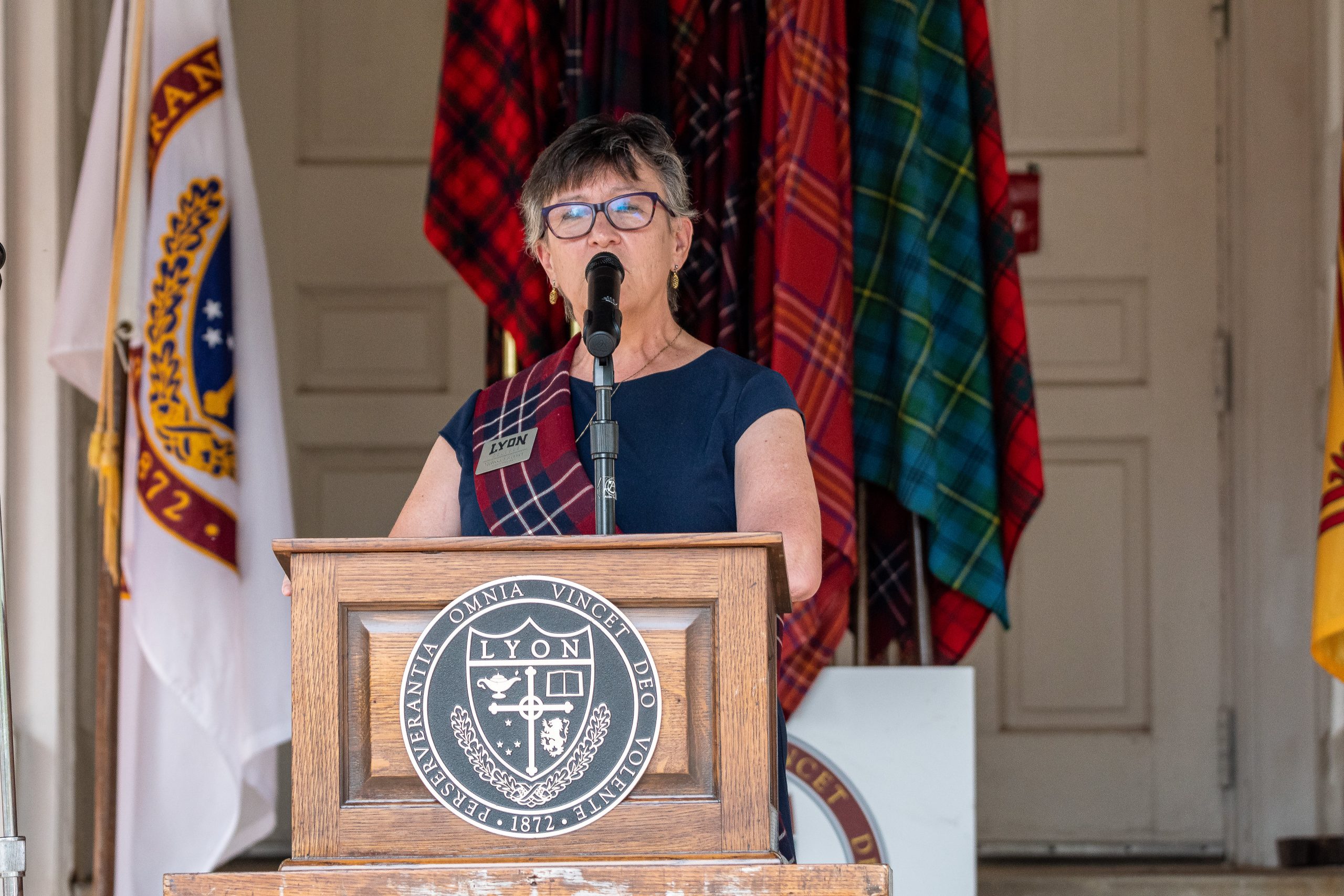 Events marking the 150th anniversary continue through Oct. 22, culminating in the inauguration of Dr. Melissa Taverner as president. She is the college’s 19th president and the first woman to hold that top position.

Hutchinson observes that the strong alumni turnouts for the annual Arkansas Scottish Festival and the Homecoming stems from “the Lyon College experience of fostering incredibly strong bonds among our students from Day One.”

That is achieved, he says, “through small class sizes and a low student-to-faculty ratio, an intentional emphasis on faculty-driven advising and support, undergraduate research, and a host of other aspects that go far beyond the standard liberal-arts model. Other unifying factors are our beautiful campus, traditions like the baccalaureate torch ceremony and chapel walk — and, of course, the ever-present sound of bagpipes.”