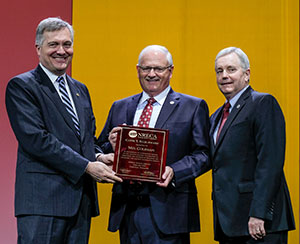 The award was presented by Phil Carson, NRECA president.

Coleman has served at North Arkansas Electric Cooperative (NRECA) since 1988. He has been an NRECA director since 2004 and served as president from 2015-2016. His cooperative engages with thousands of co-op members at its annual meeting. During his tenure as NRECA president, the association’s CEO suffered a medical emergency. Coleman provided significant leadership during the vacancy by spearheading the replacement search effort and guiding the new CEO’s transition.

“I couldn’t be more pleased to accept this award from my exceptional colleagues on NRECA’s board,” Coleman said. “As not-for-profit businesses, electric cooperatives are driven by a desire to exceed their member expectations. I look forward to watching that focus continue to shape the electric cooperative movement in the coming decades.”

The Clyde T. Ellis Award memorializes NRECA’s first general manager, an Arkansas native and pioneer in the nation’s rural electrification movement. NRECA’s board of directors confers the award to honor individuals for exemplary contributions that promote the principles, and progress of rural electrification, and the development and use of national resources.

More than 6,000 representatives from electric co-ops across the U.S. attended the meeting on Feb. 25-28. NRECA is the national service organization that represents the nation’s more than 900 not-for-profit, consumer-owned electric cooperatives, which provide service to 42 million people in 47 states. 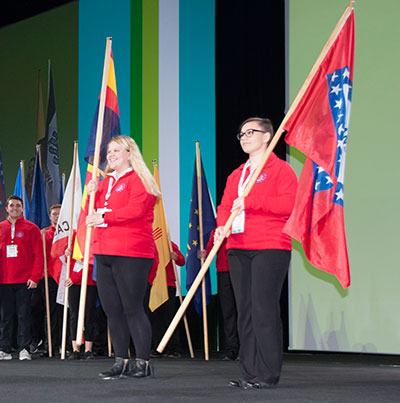 During the opening ceremonies of the meeting on Feb. 26, Amanda Tyler represented Arkansas as part of the Youth Leadership Council’s Parade of States by carrying the Arkansas flag. Tyler, who attended the 2017 Electric Cooperative Youth Tour to Washington as a representative of Craighead Electric Cooperative, was selected by chaperones during the tour to serve on the Youth Leadership Council. 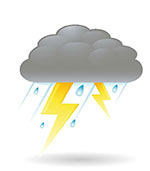 With the arrival of April, spring is in full swing and with that comes more unpredictable and typically severe weather. Here are some examples of historic April weather events from the National Weather Service.

If you are outside as a thunderstorm approaches, go inside a sturdy building immediately. Sheds and storage facilities are typically not safe. Do not take shelter under a tree because it may fall on you and you are at greater risk of getting struck by lightning.