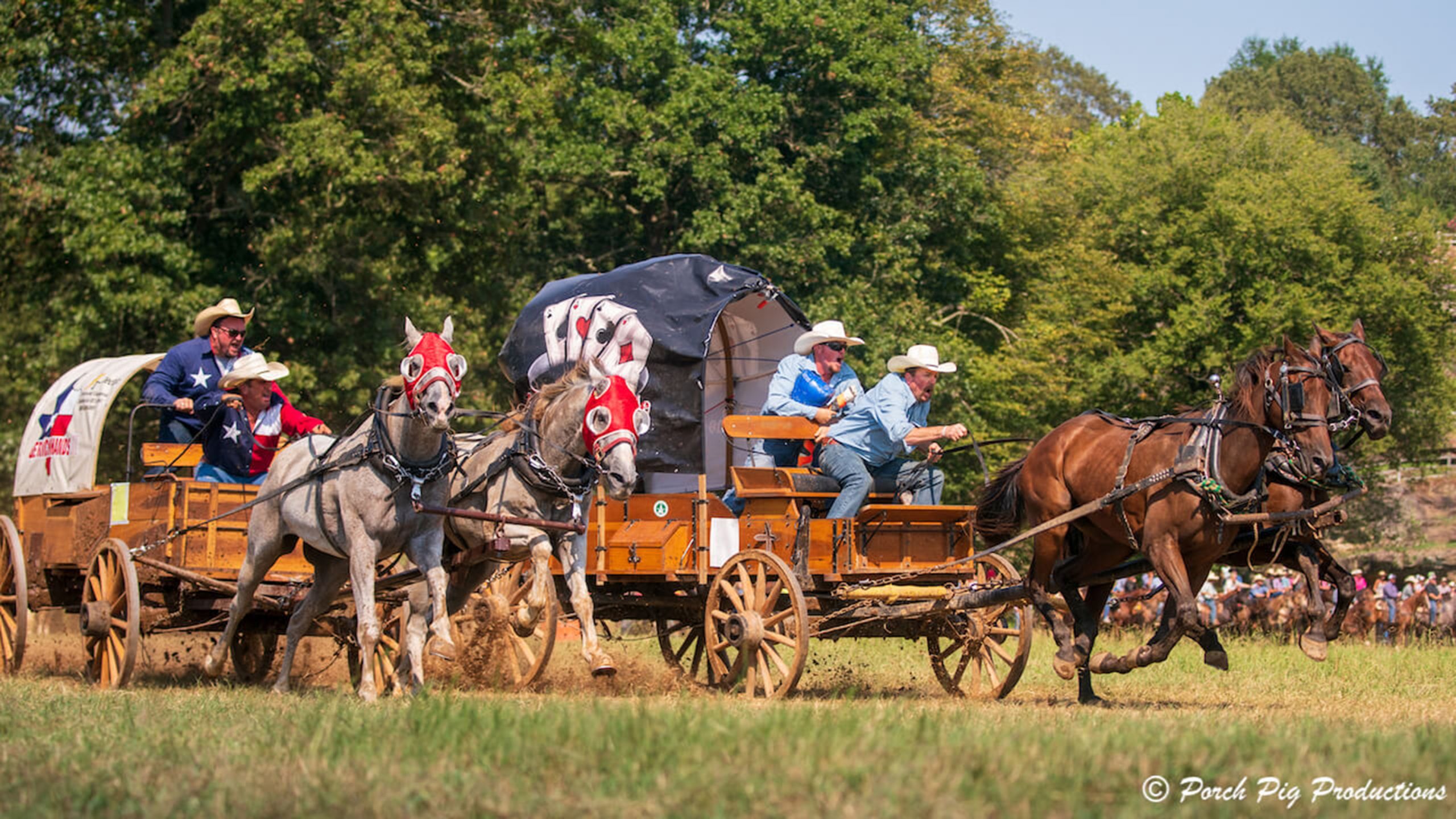 The National Championship Chuckwagon Races features five divisions of competition and a loaded schedule of other activities. Photo courtesy of Porch Pig Productions.

But it all began with a newlywed couple hosting a small gathering in the mid 1980s, explains Peggy Eoff, owner of the hosting Bar O F Ranch with her husband, Dan.

“My husband and I had just gotten married and decided to have an outdoor party for some of our friends,” says Eoff, a member of Petit Jean Electric Cooperative. “Dan is one that cannot just sit around and eat and drink and visit; he wants to be doing something. We had been to Cheyenne Frontier Days (Wyoming) for our honeymoon and watched the wagon races up there. He said, ‘We can do that. We can have a race.’ We had eight teams that year.”

Word got out. And the one-day event that expanded to 16 teams the next year now spans nine days and attracts some 160 teams from across the country. The ranch, with close to 1,000 acres, offers camping, and the event features a full roster of activities. 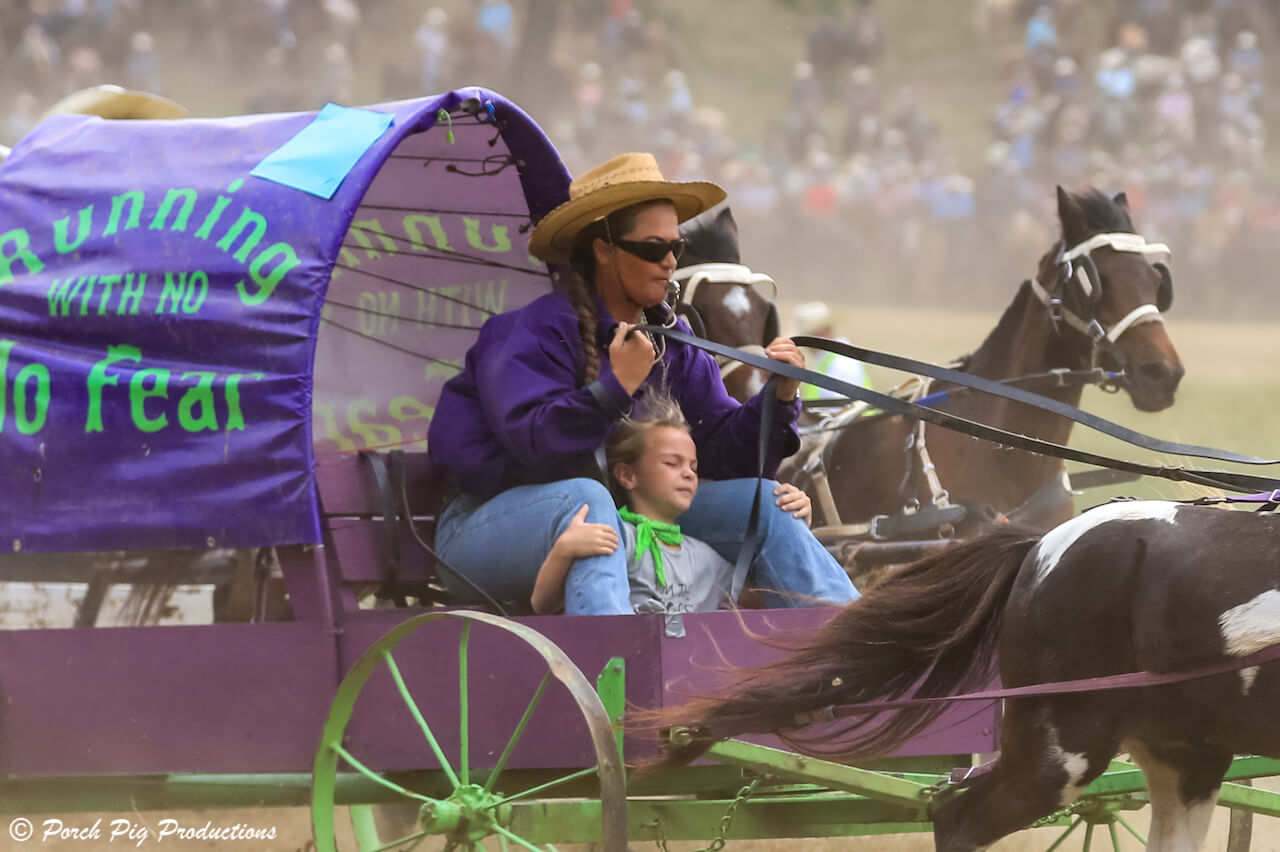 The National Championship Chuckwagon Races features five divisions of competition and a loaded schedule of other activities. Photo courtesy of Porch Pig Productions.

There are five divisions of chuckwagon races, Eoff explains: “We start with little, bitty ponies and go all the way up to big horses.” There’s bronc fanning (“a bronc riding contest where they get on bucking horses out in the field,” Eoff shares), barrel racing and pasture roping. And there’s a Snowy River Race. Held in summer, it doesn’t involve snow, but the race, inspired by The Man from Snowy River movie, includes steep hills and a swim. There are concerts, dances, Cowboy Church services, a western trade show, trail rides, clinics and a Chuckwagon Camp Cookoff.

Still, the main draw is the exhilarating chuckwagon action, which casual observers can view from a bluff overlooking the fields (lawn chairs and blankets encouraged).

“The wheels come off sometimes,” Eoff says. “They bump into each other, and we’ve had them flip before. Like any sporting event … there’s risk. And we always hope that nobody gets badly hurt, but you know, there’ll be some broken arms and cuts and scrapes.”

When the uninitiated suggests that it all sounds very Yellowstone, like the popular Kevin Costner cowboy series, Eoff doesn’t miss a beat.

She says with a laugh, “Well, we don’t take anyone to the train station!”