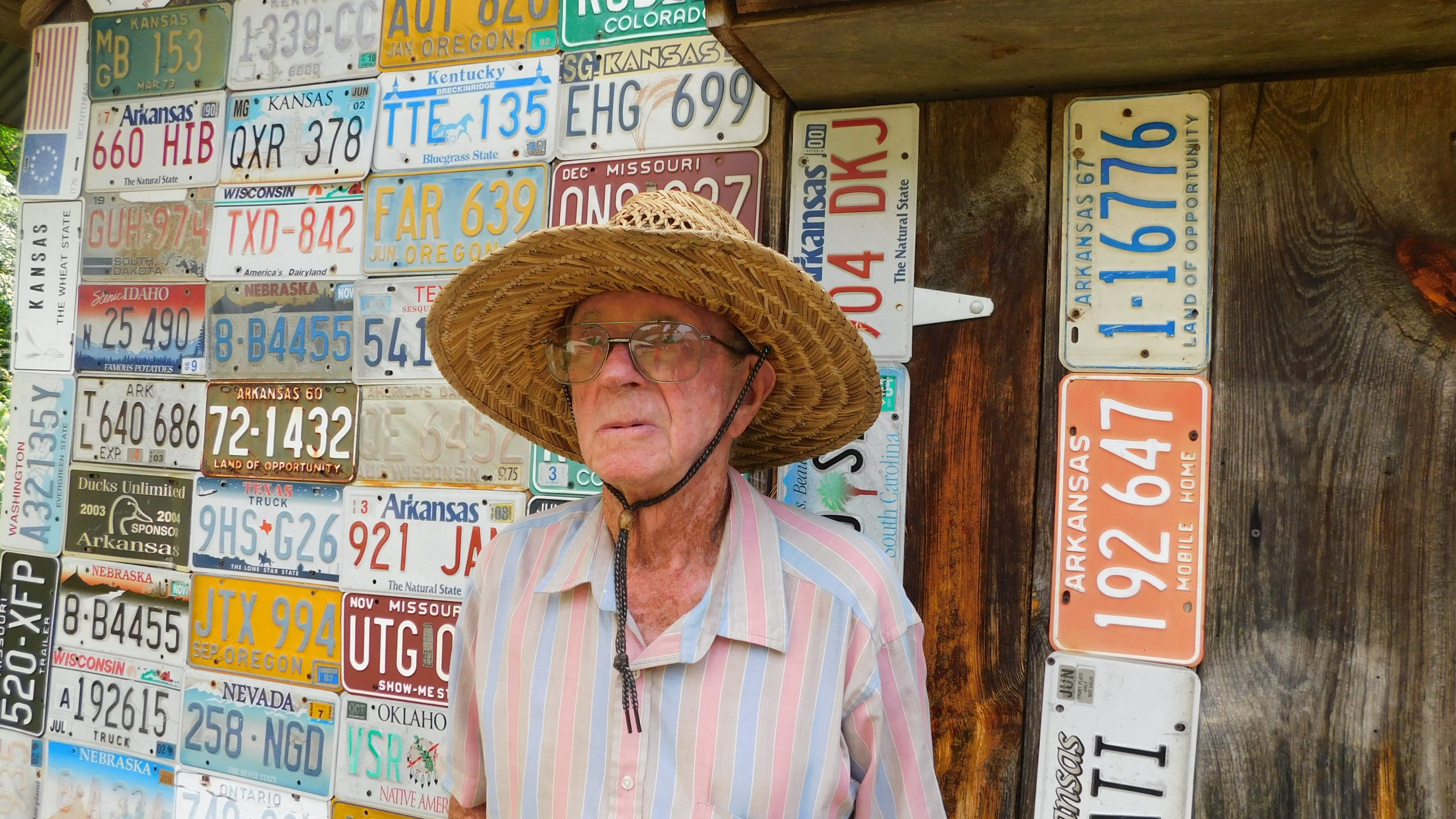 Lee Nutt poses with some of the many license plates on display at the Nutt Family Farm near Bigelow.

For Lee Nutt, the past is always present as he spends his days baling hay and tending to cattle on his farm in Perry County. The 85-year-old farmer appreciates the modern life, but it’s the old ways he seeks to preserve.

A visit to his farm near Bigelow provides a history lesson about life in rural Arkansas, dating back to the early 20th century, before electricity came to the farm. Near the home he shares with Sherry, his wife of 55 years, are outbuildings and sheds filled with antique tools and machines, as well as mementoes and relics of his past. They’ve been carefully stored and are on display. 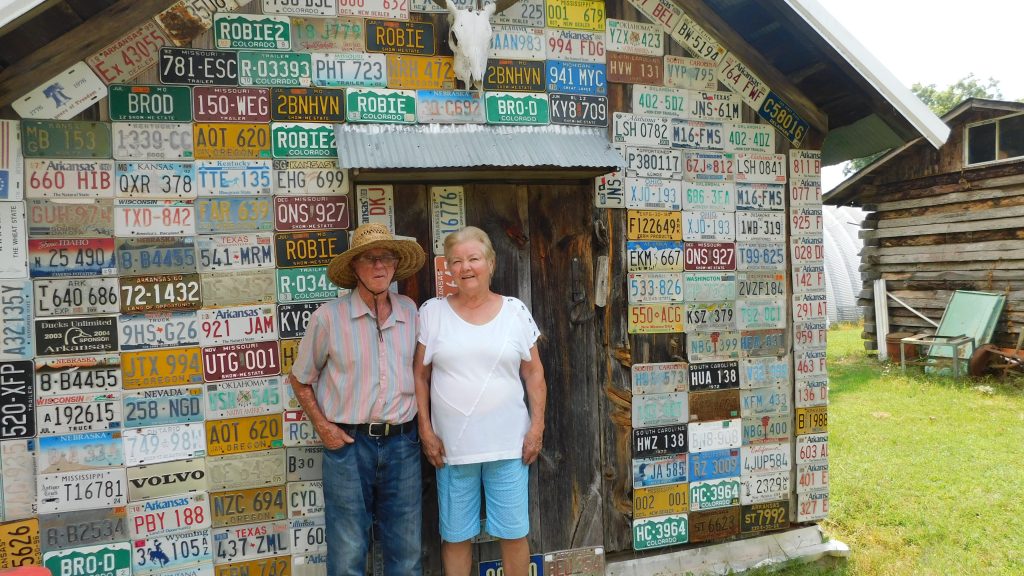 It all started with license plates.

“My dad, when I was a kid, he had his license plates, and he would put them on the wall in his truck shed,” Nutt says, adding that once he bought his own farm in 1959, the collecting bug bit hard.

“I came up on this old horse-drawn stuff — the hay baler and planters,” he says, pointing to his collection of antique farm implements, located in a clearing near his “mini-museums.” “It just intrigued me how the stuff worked.”

Many of the items in his collection belonged to him and his family, making them even more special. “Most of this stuff is long gone to the scrap yards,” he says. “But it tells the story of the past, and some of it is irreplaceable.”

One of the most meaningful pieces in his collection is a milk cream separator that he and his family operated when he was a child. Before electricity came to the farm in the mid-1940s, Nutt says he and his siblings would get up early and milk the cows by hand. Next, they would pour the milk into the cream separator and begin the arduous task of turning the crank by hand. 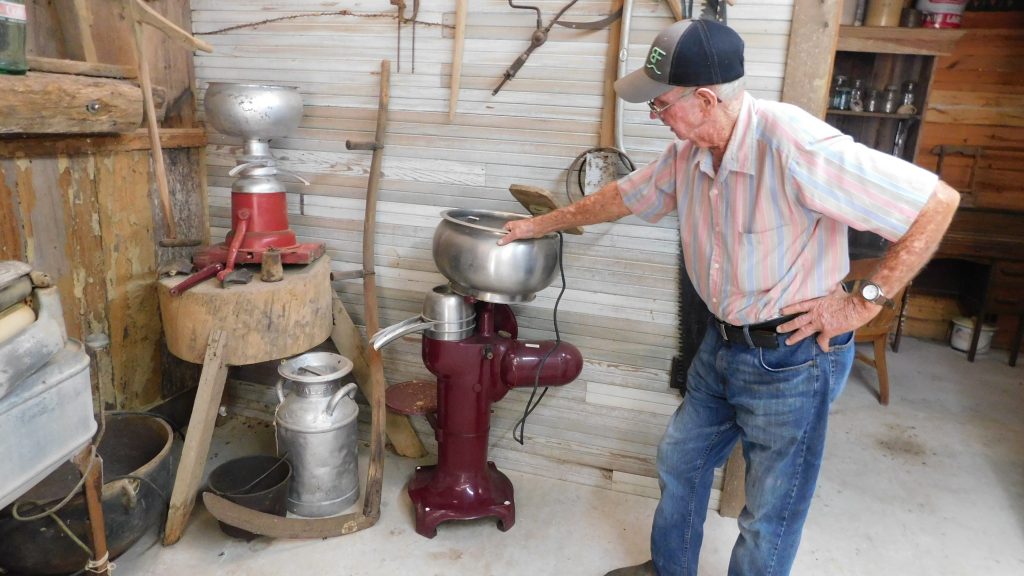 Among the most meaningful items in Lee Nutt’s collection are these cream separators, which he and his family used when he was a child.

“It probably took us an hour to get it churned, and the cream separated,” Nutt says, adding that his father would then take the cream and whole milk to the Rock Island train depot at Bigelow, where it was sold and transported as far away as Oklahoma. They would keep the skim milk for their own use and feed the whey to the hogs, which they also raised.

The miracle of electricity

The job of cream separation got much easier when electricity came to the farm, which was located in the Dixie community in Perry County, near Nutt’s current farm. “All you had to do was plug it in and flip the switch there, and then the cream was separated from the milk. It was a new-fangled piece of equipment.”

Nutt was about 7 years old when the crews from First Electric Cooperative began installing the power lines and poles that brought electricity to his family. “I remember watching them dig the light poles; they had post-hole diggers,” Nutt says. “They must have had about an 8-foot handle on them, and they dug the holes about 6-feet deep. They were dug by hand. It was an oddity, I guess you would say.”

After their house was wired, Nutt recalls that to do their homework, they no longer had to use kerosene lamps — or coal oil lamps, as they were commonly called. “We had one lightbulb hanging from the ceiling. And we really thought we were in heaven.” 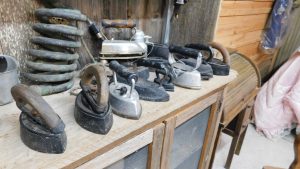 Eventually, the Nutts added more electric devices, including a washing machine, a radio and a refrigerator, which replaced the icebox that used cubes of ice to preserve the food. His favorite program on the radio was the Grand Ole Opry from Nashville.

A farm of his own

Nutt graduated from Bigelow High School in 1954 after winning many ribbons for his work in the Future Farmers of America (FFA). He remains proud of his FFA accomplishments and can still fit into his blue corduroy FFA jacket. He went on to serve in the Army in Okinawa, returning home in 1958 to buy a farm of his own. His father mortgaged his farm so Nutt could get a down payment on some land along the Arkansas River that he had been eyeing for some time. “I kind of fell in love with it, and I told my dad, that if it ever came up for sale, I would like to get it.”

His first crops were cotton and soybeans, and he also raised cattle. He vividly recalls his first light bill from First Electric. “It was 85 cents,” he says, adding that he has kept his electric bills, even laminating them, as part of his collection. But, somehow, he misplaced the first one. “I went several years ago to First Electric at Perryville to see if they had the record, but the lady there laughed, and she said, ‘No, we don’t keep them that far back.’” 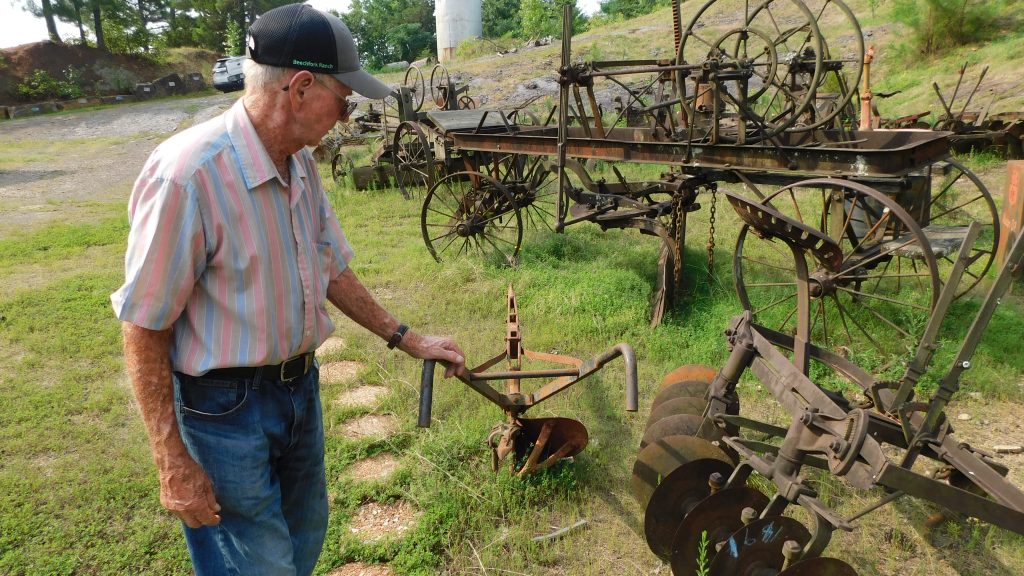 Lee Nutt proudly looks over the different antique farm implements in his collection.

In 1966, Nutt got married, and he and Sherry had a daughter, Dixie. He no longer plants cotton, but instead focuses on hay and soybeans, as well as corn. He still raises cattle, and he still wakes up early — 2 a.m. to be exact. “I lay there and study what I want to do. But normally I get up about 5:30, and if I am going to take hay to the co-op in Conway that day, I’lI leave here about 6 o’clock.”

In the summer, when he returns home from his morning delivery, he takes his air-conditioned tractor out to the hay fields to gather more bales. He loads them into his truck by hand.

“I totally enjoy what I do,” he says. “If I had to do it over again, I don’t know that I would change one thing.”

While he cherishes his past, he says he wouldn’t want to go back to the old ways. Because he lived through those times, he appreciates the modern conveniences he has now. To this day, he remains amazed by the changes he has witnessed and how electricity is often taken for granted.

“It’s like a miracle. The lights could go off here now, and they’re off 15 minutes, and we’re already calling the 800 numbers to see what the problem is,” Nutt says. “I’m thankful that we lived long enough to see the changes that have been made.”