I’m a rose fanatic and have planted them extensively in my garden. My love of roses began when I lived in England doing my graduate work. I became fast friends with Lady Elizabeth Ashbrook, who was crazy about roses and had them all around her estate in Cheshire.

So when I came home, I started planting roses at my house in downtown Little Rock. I now have a two-acre rose garden at Moss Mountain Farm dedicated to my friend who taught me so much about these charming flowers. 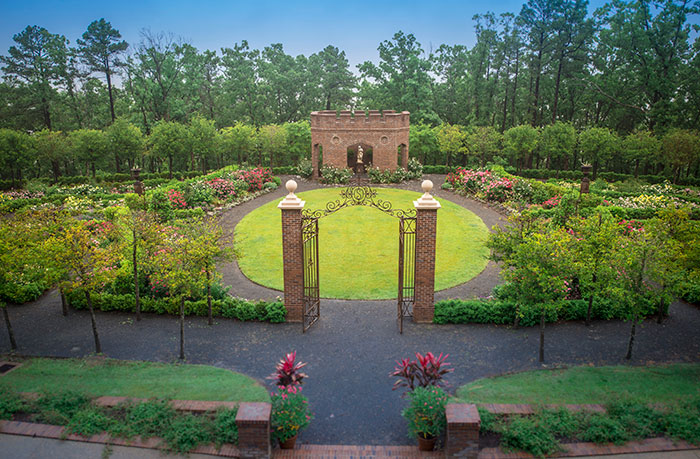 The peak of rose bloom in my garden occurs around the first week of May. I consider this an unofficial farewell to spring and the beginning of summer. I say goodbye to dogwoods and tulips, and hello to daylilies, hydrangeas and, of course, more roses. With the exception of one or two, the roses in my garden are repeat bloomers and will continue to throw out flowers until the first hard freeze in fall.

While most of the varieties require little work, I do have a summer regimen that I follow to keep them in tiptop shape. 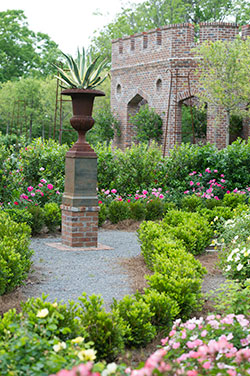 I give my roses a healthy dose of fertilizer in the early spring and then hit them with a second application of fertilizer formulated especially for roses after the first wave of flowers fade. This will re-energize the plants and promote more roses for those that are repeat bloomers. Through the summer, I continue to feed my repeat blooming roses after each bloom cycle.

The biggest headache when growing roses is blackspot and powdery mildew.

As the name implies, blackspot starts with a black spot on the leaf. It’s a fungus that certainly diminishes the look of the plant. Now, I’ve never had a rose bush actually die from blackspot, but it can certainly cut down on their performance and make the shrubs look pretty shabby.

Blackspot is usually brought on by weather conditions. Sporadic rain followed by humid to hot conditions is the ideal breeding ground for this fungus. The rain soaks the plant, and then the weather heats up and causes the fungus to form on the damp leaves and petals. 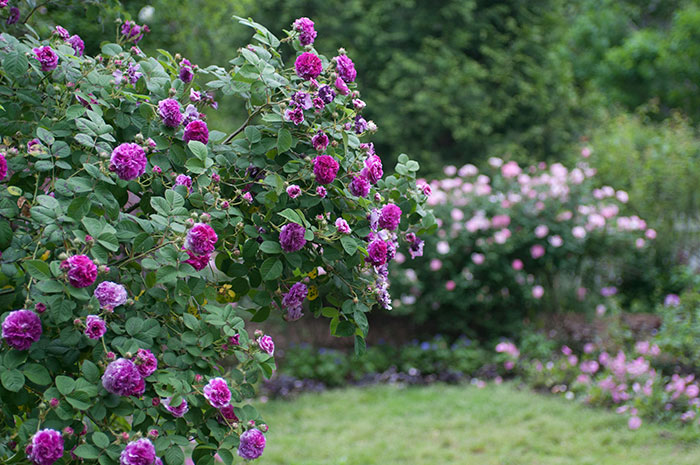 If the problem becomes severe, use a commercial fungicide for blackspot and always try to get the plant completely saturated from top to bottom with the spray. Some serious cases of blackspot require several treatments before the fungus is completely annihilated. You should also spray the ground around your roses and put any diseased leaves in your trash, not in your compost. 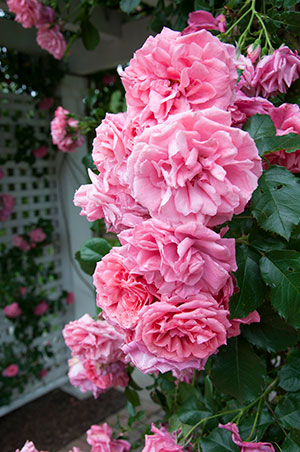 Powdery mildew is another fungus that reveals itself as a powder-like coating over the leaves. Rarely will it kill a plant, but some perennials like phlox and shrubs such as lilacs, crape myrtles and roses can be damaged. A heavy infestation of powdery mildew can cause a plant to lose its leaves, diminishing its vigor and causing it to not flower quite as much.

If you’re having this problem in your garden there are two approaches you should try in bringing the problem under control. The first is prevention. Remove and dispose of infected plants and leaves by burning them or put them in the garbage to help cut down on the spread. Don’t put infected leaves in your compost because you will just harbor spores for another round next season.

The second line of defense is to take action by spraying. But before using a conventional fungicide, try some of the new safer alternatives. I use a sulfur-based product. Since it’s not a synthetic fungicide, I don’t have to worry about it damaging the environment. Spray your roses about every seven to 10 days when mildew is a problem. 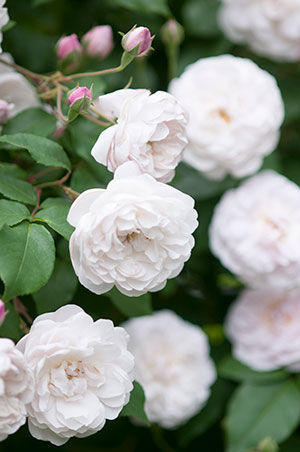 The time to do any hard pruning of roses is the late winter or early spring before the leaf buds open. But don’t panic if you didn’t get to cutting back your plants this year. Your plants will not suffer, and once the blooms have faded at the end of spring you will have the opportunity to do some light pruning. Not only will this be a chance to reshape and clean up your plants, but with many of the repeat blooming varieties, it will encourage a second round of flower production.

It’s important to realize that not all roses re-bloom. Some old-fashioned shrub types only bloom once in the spring. Cutting the old flowers away on these types will just help the plant look a little better. But for those that re-bloom like my favorite “New Dawn,” as well as any of the floribundas, polyanthas and popular hybrid tea roses, removing what is left of dead flowers will definitely encourage the next wave of bloom. When you do this, it’s important to remove them with sharp pruners, making the cut just above a leaf with five leaflets. By cutting here, when the new bud forms, the stem will be large and strong enough to support it. Another thing I do after I’ve pruned my roses is feed them with a high phosphorus liquid fertilizer.

By devoting a little time to care for these beauties, your flower garden will be “coming up roses” all summer long. 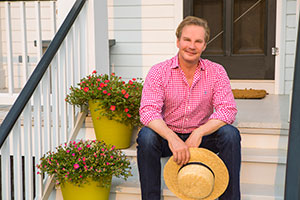 P. Allen Smith is an author, television host and conservationist with a passion for American style. His show “Garden Home” airs on public television. Check your local listings for “Garden Style.” Smith uses his Arkansas home, Moss Mountain Farm, as an epicenter for promoting the local food movement, organic gardening and the preservation of heritage poultry breeds. Tours may be booked at pallensmith.com/tours.