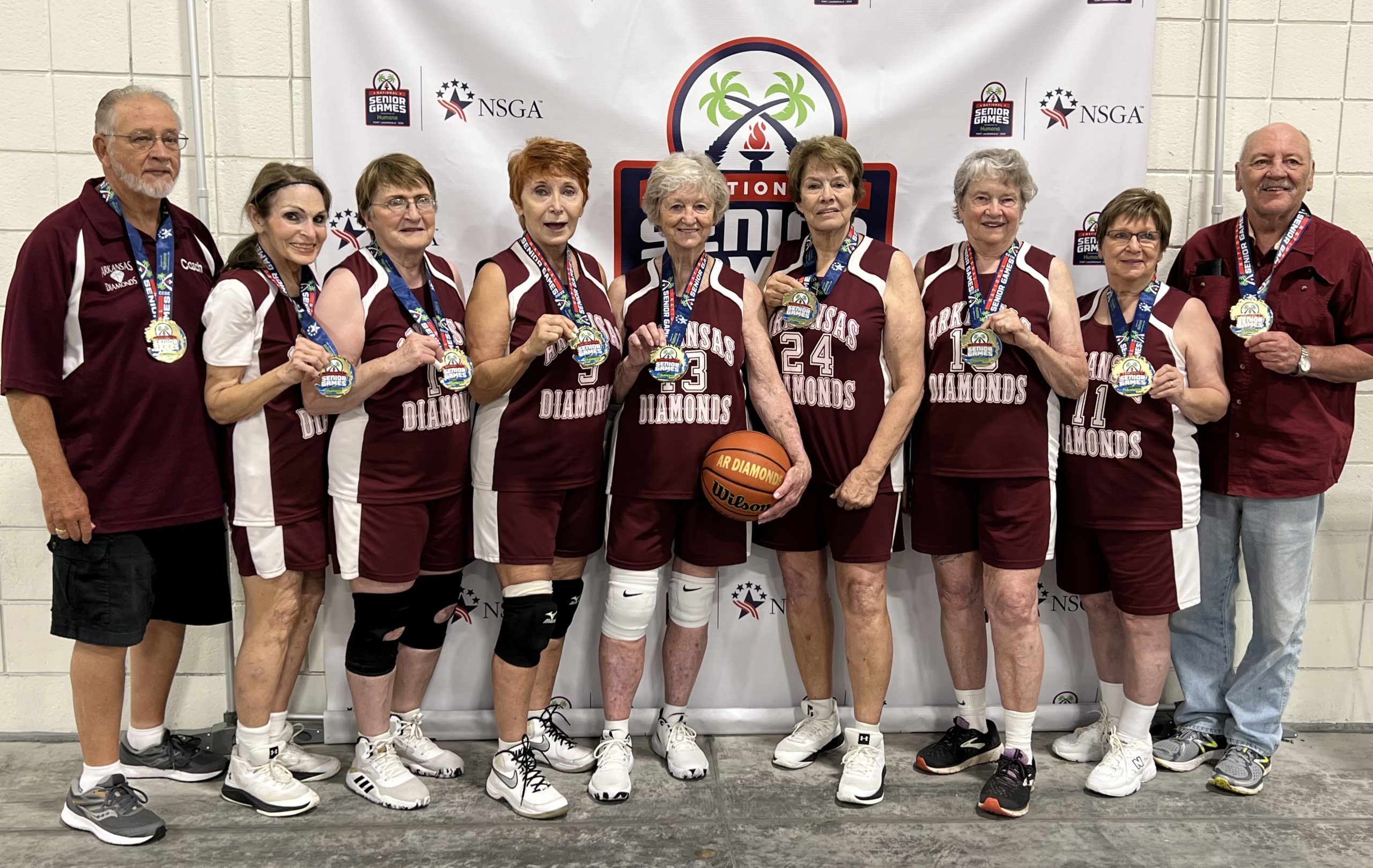 Heading into the 2022 National Senior Games, Sharon Thornton had but one thing on her mind, something she was none too shy about sharing with her teammates.

“We’d finished fourth three times,” she says of her senior women’s basketball club, the Arkansas Diamonds, based in Hot Springs. “You just get a ribbon for fourth place. And when we went this time, I said, ‘I do not want another fourth-place ribbon.’ In fact, I said, ‘They can just keep it if that’s what we get.’”

Thornton, 77, got half of her wish ­— the team didn’t place fourth again. But she still had to settle for a ribbon, this time with a big, shiny gold medal attached to it. The Diamonds exorcised years of near-misses and shoulda-beens by running the table in the 75+ age division at the national meet, held May 16 to 19 in Fort Lauderdale, Florida.

Arkansas outscored its opponents 272-143 over seven games, winning by an average of 18 points. Even in the finals, pitted against the defending national championship team, the Diamonds outshined the East Coast Bouncers 50-22 — their biggest blowout of the tournament. 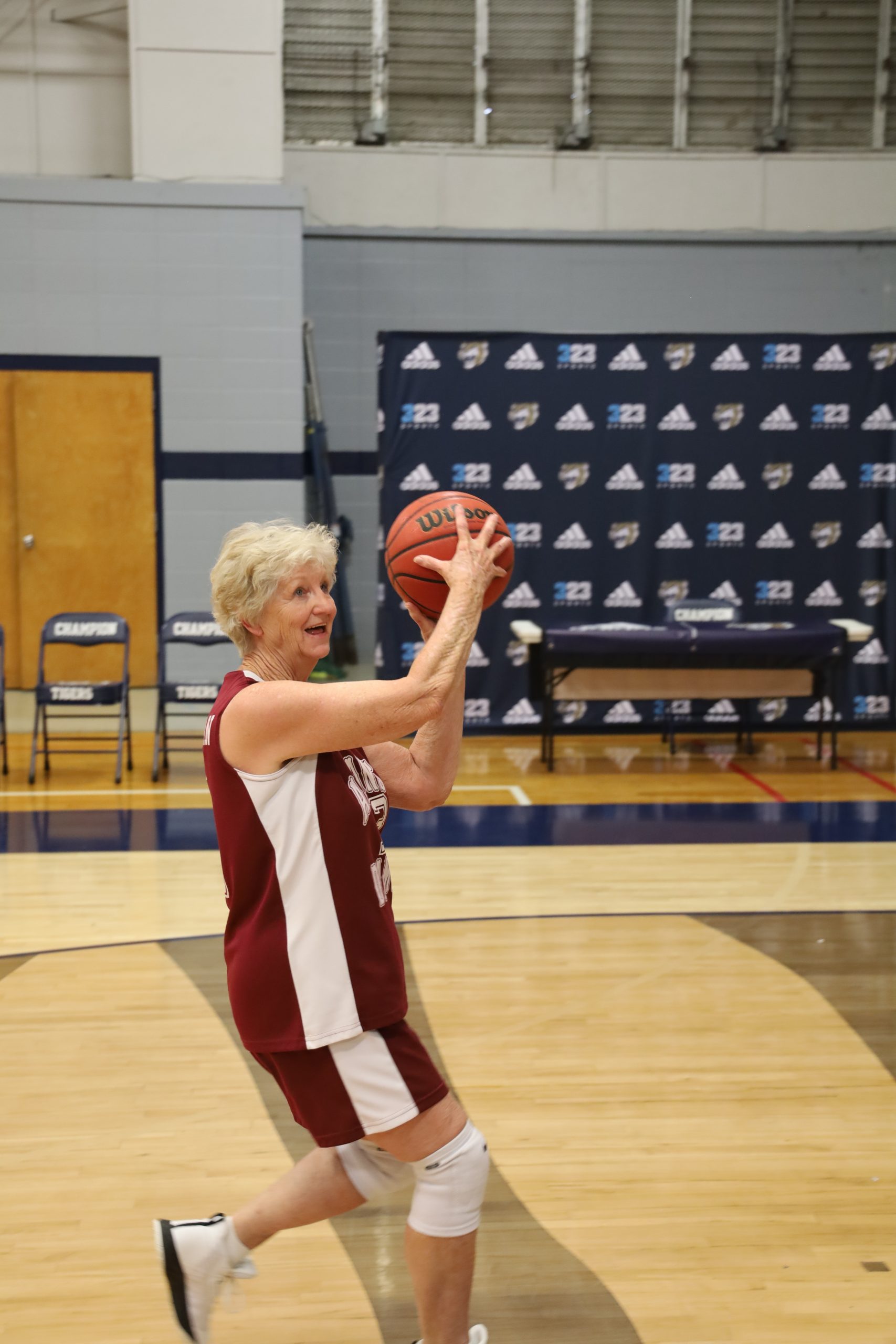 LaVerne Graves once played an entire tournament on a sprained ankle and once broke her wrist at nationals.

“I think the clue they got that they were going to finally be national champions came with a little over four minutes to go,” says Billy Graves, 80, head coach and husband to LaVerne, the Arkansas Diamonds’ sharpshooting guard. “I started running some of my substitutes in, some of the players off the bench.

“They pretty well know me; if I don’t feel comfortable with the lead, I don’t substitute. But I was able to get all of our players into that championship game. And, of course, that pleased me.”

Off the court, the players look and sound charming, but on the court, practices and competition are serious business. LaVerne, 79, didn’t allow herself to yield an inch, even in the championship runaway.

“We work hard every week,” she says. “We put in 2 1/2 hours every week, 12 months out of the year. We don’t take off. For that reason, we play hard until that last buzzer goes off.”

If that sounds like overkill, you must
know the Diamonds have been star-crossed when it comes to the national competition, even as they dominate regular season tournaments coast to coast. Untimely injuries have been a familiar theme. Despite each player being at least 75, they go hard, and that comes with a price.

LaVerne once played an entire tournament on a sprained ankle and once broke her wrist at nationals. Thornton boasts two hip replacements, one knee replacement and a heart condition that limits her endurance. Still, she’s there doing what she can to help the team win. 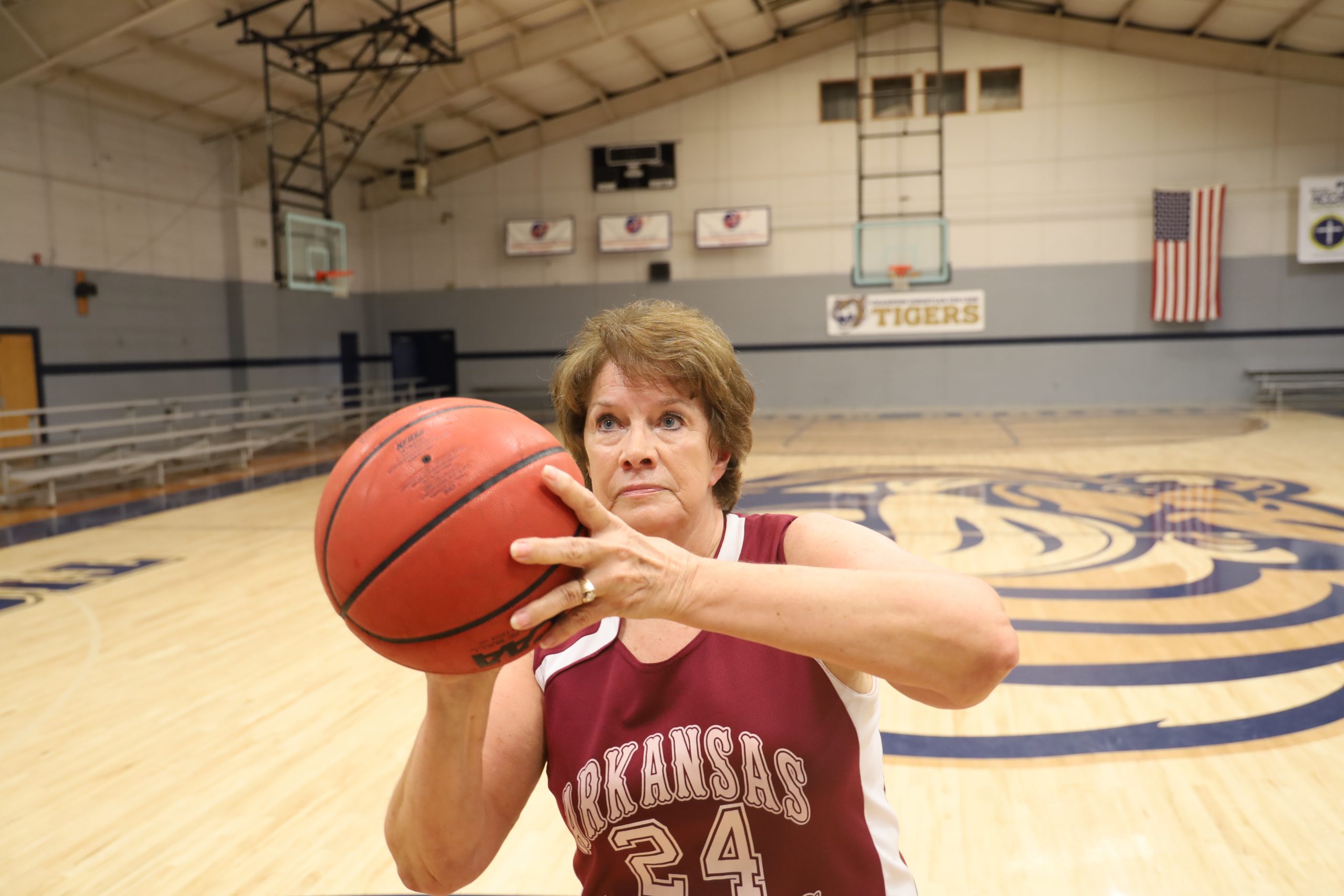 The rock of the Arkansas Diamonds, Sharon Thornton persists despite hip and knee replacements and a heart condition.

“Sharon is our main basketball player, but she’s not able to play but a couple minutes,” says Jodie Moon, 77, the team’s flashy point guard. “That really challenges us because I play a whole different game when she’s in and when she’s not. We just needed her to play for three minutes at a time because she really helps us when she’s in there.”

The team entered the 2022 national tourney injury-free and with a strange sense that something special was about to happen. The only test the team faced was in the semifinals against a Texas squad they’d previously beaten like a drum.

“We’ve played them for years, this team out of Texas, and they’ve never beaten us,” Moon says. “We played them in the pool play, and we beat them by 13 points or something. Then we had to play them again in the finals bracket, and I couldn’t hit anything. I mean, I couldn’t hit. At halftime, they had us down 9 points.”

Thornton says, “That Texas team gave us some trouble that should not have happened. We have always beaten them by quite a bit. We kind of had a little lull and let them get ahead of us at halftime. But we fought back.”

Senior Olympic basketball is played 3-on-3, half-court. Games feature two 15-minute halves with two timeouts per half. Teams that place in the top three in their age division at the state games, normally held in even years, advance to the national tournament, normally held in odd years. A two-year COVID-19 layoff threw that rotation off, which means the Diamonds won’t get an off-year in 2023 before they return to defend their title.

“We rested up for a couple of weeks, and then we were back to our 2 1/2 hour practices every Tuesday evening,” LaVerne says. “At the present time, we are scheduled to go to Oklahoma City over Labor Day weekend to play in their state games, which will qualify us for Pittsburgh [nationals]next summer.