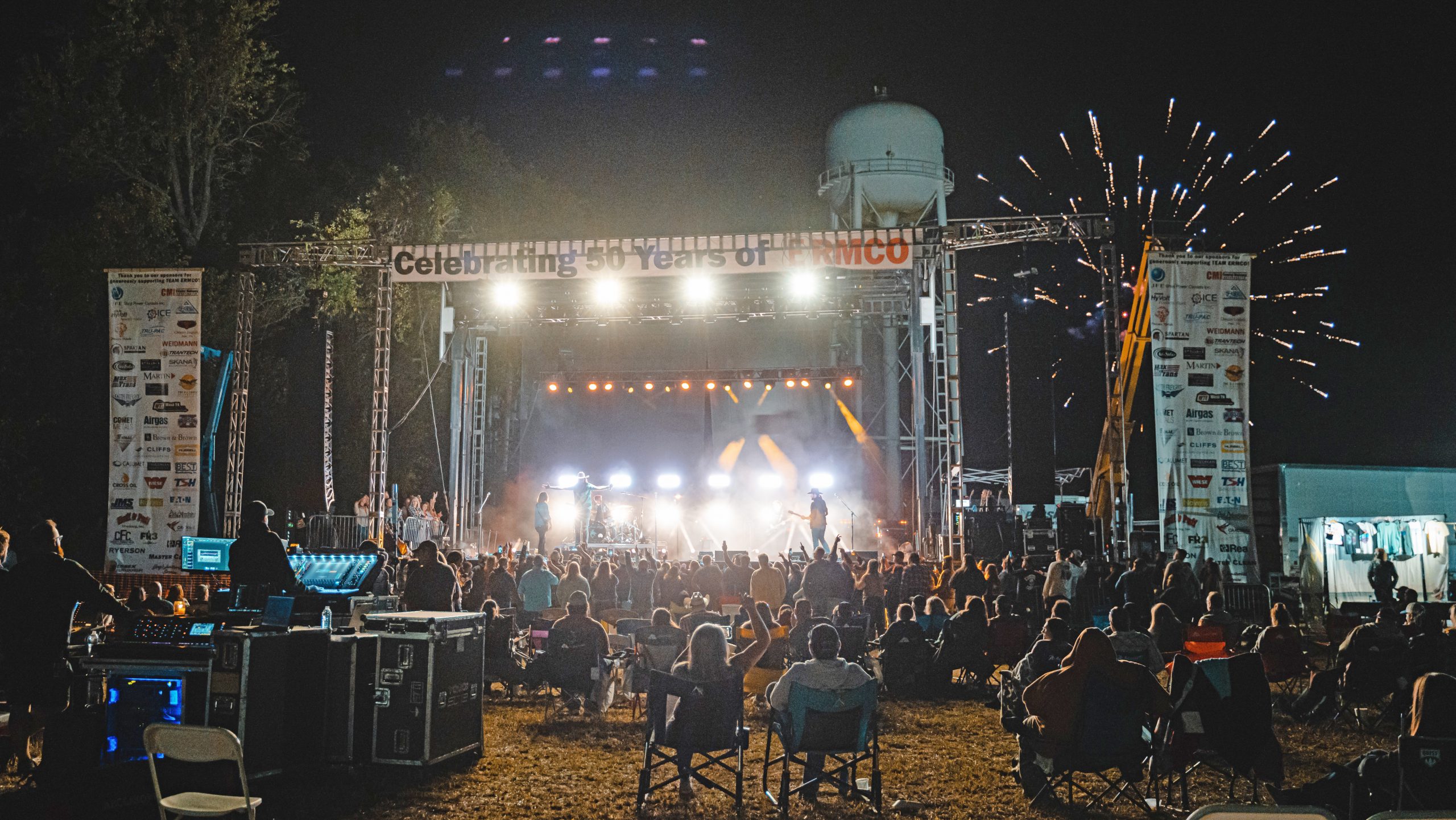 Since 1972, ERMCO has provided transformers that have been installed in all 50 states as well as Guatemala during Operation Razorback missions. ERMCO has continued to grow and expand from the early 2000s, becoming one of the largest producers of distribution transformers and components in the country.

In April 2021, ERMCO manufactured the company’s 7 millionth transformer. ERMCO CEO Tim Mills noted the company is on track to produce number 8 million in 2023.

ERMCO employees and their guests were treated to a party to honor their dedication and the company’s anniversary. The highlight of the event was a concert headlined by country music recording artist Brian Kelley. An Arkansas act, Whistlin’ Dixie (the lead singer works for Carroll Electric of Berryville), opened for Kelley. The event was held at Full Throttle S’loonshine Distillery.

Vernon “Buddy” Hasten, president and CEO of AECI and Arkansas Electric Cooperative Corporation (AECC), said during the event, “I came here from Little Rock tonight to say two words to ERMCO – thank you. Every Friday I get on a call with the White House and Secretary of Energy, and every week we talk about ERMCO. What we say about you is that there are 1,700 people in Dyersburg, Tennessee, doing some of the most important work in America, because it’s what you do that keeps the lights on all over this country.”