Our nation is engaged in an ever-escalating cyberwar, one in which we are under constant attack, not from 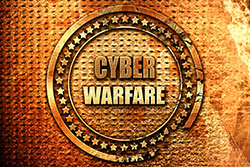 amateur hackers, but from professional combatants in foreign nations.

In this modern version of a Cold War, foreign nations — China, Russia, Iran and North Korea — are hacking into our critical infrastructure. They are leaving behind cyber bombs that they can later detonate from across the world and potentially disable those resources — clean water, electric energy, telecommunications and banking — that we rely upon the most.

That sounds pretty dire, but the situation isn’t hopeless. Despite all the press to the contrary, we do, in fact, have a plan.

Utilities from across this nation have partnered with the federal and state governments to protect our critical infrastructure. Through our Electric Information Sharing and Analysis Center (E-ISAC) and the Cyber Risk Information Sharing Program (CRISP), we share cyberthreat information in real time, computer-to-computer, using classified technology developed and operated by our federal laboratories. Last year, this technology detected and neutralized a threat, attributed to Russia, that could have compromised a utility asset.

Our partnership in the Electric Subsector Coordinating Council (ESCC) allows utility CEOs to receive classified threat briefings from our counterparts in the Department of Homeland Security (DHS), Department of Energy (DOE), Department of Defense (DOD), Federal Bureau of Investigation (FBI), National Security Agency (NSA) and other federal agencies. The partnership’s goal is to anticipate threats, develop a joint response and keep the grid secure.

In a new initiative introduced by DHS in August, electric utilities are partnering with the banking and telecommunications sectors and the federal government to share threat information and develop coordinated response plans that span all key areas of commerce and critical infrastructure.

We can’t promise that there’ll never be a successful cyberattack. As defenders in the cyberwar, we have to be right every time, but our adversary only has to get it right once. Despite the growing threats, I have confidence that we are well prepared.  With these flourishing partnerships, we will continue to strengthen our defenses to meet the continuing escalation of cyberattacks. Our enemy won’t rest, but we won’t either. Our way of life is under attack, but by working together cooperatively we have our greatest opportunity to prevail.