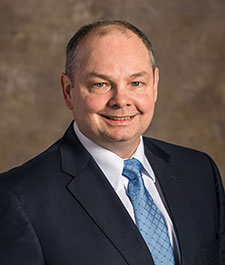 Hasten previously served as vice president of engineering and construction for Associated Electric Cooperative in Springfield, Missouri. He has held leadership positions in the military and investor-owned and electric cooperative sectors over his 30-year career. He graduated from Auburn University with a Bachelor of Science degree in electrical engineering. Hasten has also earned certificates from the Harvard Business School and the Stanford Graduate School of Business. During his 20 years of service with the U.S. Navy, he obtained a master’s equivalent from Naval Nuclear Power School.

Hasten said, “I have had great respect for AECC and AECI over the years. I am honored to serve as the president and CEO of these organizations that are dedicated to serving Arkansas electric cooperative members.”

Hasten succeeds Bill Conine, who served as the interim president/CEO of AECC and AECI as a nationwide search was conducted.