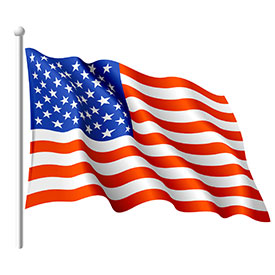 Between Memorial Day and Independence Day is a lesser-celebrated but no less important patriotic observance: Flag Day.

Celebrated on June 14, Flag Day honors the establishment of an official U.S. flag by resolution of the Second Continental Congress on June 14, 1777. The resolution stated: “Resolved, that the flag of the United States be thirteen stripes, alternate red and white; that the union be thirteen stars, white in a blue field, representing a new constellation.”

But while the flag was adopted in 1777, it took a long time for it to get its official day.

According to an article, “The Origins of Flag Day,” by the U.S. Department of Veterans Affairs in Washington, D.C., “Although there are many claims to the first official observance of Flag Day, all but one took place more than an entire century after the flag’s adoption in 1777.”

Several citizens in different parts of the country — from Connecticut to Wisconsin to Pennsylvania to New York — pushed in separate campaigns for the adoption of Flag Day in the late 1800s.

In 1916, President Woodrow Wilson issued a proclamation establishing June 14 as Flag Day. President Calvin Coolidge did the same in 1927. But it wasn’t until 1949 that Congress enacted a statute officially recognizing Flag Day, and President Harry Truman signed it into law.

A link to the entire U.S. Flag Code and information about “How to Display the American Flag” is available at
USA.gov/flag. Here are a few basic pointers:

On June 9 at 7 p.m. in Little Rock’s MacArthur Park, the Little Rock Wind Symphony will present a “Stars and Stripes Celebration for Flag Day” concert. The event is described as an “old-fashioned concert in the park, featuring marches, patriotic songs and Broadway show tunes.” The wind symphony promises, “We’ll have your hands clapping and toes tapping in no time!” Hosted by the MacArthur Museum of Arkansas Military History, the event is free. For more information, call 501-666-0777 or visit lrwinds.org.