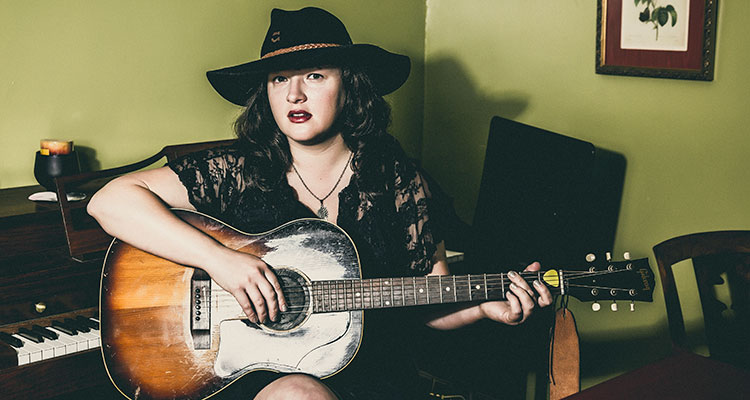 “On both sides of my family, everybody has the talent,” the Searcy native and rising country music star said. “We are really musical, but no one was doing music as a career. Some distant relatives on my dad’s side toured in a gospel quartet, but nobody’s pursued it like me.”

She readily admitted she didn’t pick the easiest path.

“Going down this road has been challenging for my family. With society in general, it’s a challenge to be an artist. Some people think you’re a ne’er-do-well or a thief if you tell them [you play music for a living],” she said in a recent interview.

From a young age, she studied voice, piano and violin. Growing up in Searcy, she found herself surrounded by talented musicians and found encouragement from a young age at family singings and jamborees.

Her music draws from traditional roots and country, giving her warm, rich voice the opportunity to take center stage. Her influences range from Loretta Lynn to Roy Orbison to Linda Ronstadt. While her signature sound derives much from her White County childhood, the journey to this style had an unexpected detour.

Montgomery attended Ouachita Baptist University (OBU) in Arkadelphia, where she was accepted into their elite opera program to train as a mezzo-soprano. The structure and technical challenges of opera are literally a far cry from the vocal arrangements of honky-tonk anthems, yet she excelled at both. After finishing at OBU, she received a master’s degree from the University of Missouri at Kansas City. Then in 2010, she began to focus on a career in country music.

Singing in the key of success

Montgomery has released two studio albums, Forever (2018), and a self-titled record, along with a handful of EPs and singles. Montgomery also attracted national attention for Billy Blythe, a short Southern opera she wrote about Bill Clinton’s youth in Hot Springs, which opened new doors for her. In the future, she hopes to write another Southern opera, perhaps about Johnny Cash or Elvis Presley.

The decision to go full time as a performer was not one Montgomery took lightly. She explained she comes from a long line of entrepreneurs; her grandparents owned a music store and other businesses in downtown Searcy. She inherited their work ethic, but her learning curve was still steep, she said. Things like “hiring a band that respects you,” invoicing for services and financing a vehicle were learned on the fly. One important lesson she said she learned is to “never go back” — once you set a price for your time, never back down from that, even when it’s tempting.

One other thing stands out to her, and it might be the most important.

“The biggest thing I’ve learned is to be myself all the way,” she said. “Don’t apologize for all the quirks; don’t try to conform in any way, especially musically. I’m lucky I have enough training with composition and instrumentation that I trust myself, and I try to work with musicians who are better than me. For business or studio time, I trust my intuition, but I will take advice. I love criticism. It’s not a bad thing. Embrace everything that is you as an artist. Celebrate that and tap into that more and more as you go forward.”

Her dedication and unwavering belief in herself and her music has paid off. At the 2018 Austin (Texas) Music Awards she was named Ameripolitan Outlaw Female Performer of the Year (Ameripolitan is a blend of country and Texas swing). Then in early June at the Arkansas Country Music Awards (see related story, page 18), Montgomery was named Female Vocalist of the Year and Best Americana/Roots Artist. She was also a nominee for Entertainer of the Year.

When writing songs, Montgomery often finds inspiration in those fleeting moments between sleep and consciousness. She keeps a notebook and recorder by her bed, sometimes singing a melody into it. She may write words or hum a tune for a chorus, a verse or even a bridge. This process is “mysterious and ethereal” she says, unlike the regimented and disciplined world of her opera training. As for what makes a good song, that’s enigmatic as well.

“It’s hard to put my finger on what makes a song really moving,” she said. “Definitely a pretty melody rather than just a voice or other instrument; also the poetry of a song. As far as the performance, the singer being honest and heartfelt, having some skill, that’s important. And I like the structure of a well-formed one. It’s so personal and subjective — whatever moves you. It’s not necessarily a formula.”

Recently, Montgomery played her first full-band show at the exclusive Continental Club in Austin. The venue is the promised land of music in the Lonestar State. Dale Watson, another successful Ameripolitan singer/songwriter, befriended Montgomery a few years ago. She credits him with some of her breaks into the Austin music scene. Watson loved her music all along.

“When I first saw her perform, I’m sure I thought what everyone thinks, ‘Wow, what a huge voice!’” he said. “She has her own vocal style going, as well as a real obvious, audible connection to roots music.”

The power of live music

One of Montgomery’s favorite aspects of her job is the performance, a chance to connect with people from all walks of life and different beliefs. Onstage, she simply comes alive. As an entertainer, she said she is there to help her audience forget life’s troubles, and connect to each other and the world.

“Music is a communication of the heart from one human being to another,” she said. “This is an escape. You want to sit back and listen to music and get away from all that [is going on in the world]. As an artist, we should try to tap into a subconscious commonality as humans — music can bridge our gaps.” 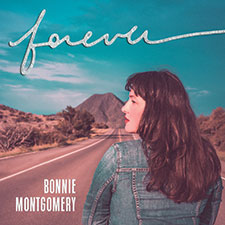