I am Generation X, a product of the 1980s, and I remember when video killed the radio star. MTV launched in 1981, followed a year later by its “I want my MTV” campaign, inspiring the band Dire Straits to write the song “Money for Nothing.” MTV was an innovation in how America listened to music or, rather, watched music. It was the precursor to streaming music and led to a complete transformation of the music industry.

Another poignant example of innovation was the shift from horse and carriage to the automobile, a sea change that began in 1900 in the nation’s major cities. Today, we are witnessing another transformation in the transportation sector — electric vehicles (EVs). Just as Generation X had the mantra “I want my MTV,” millennials (Gen Y) and Gen Z are declaring, “I want my new EV.”

The answer to that question is complicated. However, if political pressure, market pressure and customer demand are indicators, the answer is that it will indeed occur. And it will likely happen faster than we think, which is almost always true of real innovation.

California made headlines last year when Gov. Gavin Newsom signed an executive order requiring all new cars and trucks to be zero-emission vehicles by 2035. Similarly, several countries have followed suit. Norway banned the sale of new ICEs after 2025, and the United Kingdom has banned their sale after 2030. President Joe Biden is expected to sign an executive order that sets an ambitious target to make half of all new vehicles sold in the United States in 2030 to be zero-emissions vehicles.

Often the markets are the true predictors of how fast innovation will take place. If I asked you which automaker has the highest market value, you would most likely say Toyota, General Motors (GM) or Ford. Surprisingly, it is none of the above. Tesla, the nation’s leader in EV technology, has the highest market value of any automaker in the world. Valued at $2 billion in 2010, Tesla is now worth $703 billion, making it the seventh most valuable company in the entire world. Tesla produced just 35,000 cars in 2014, 509,737 cars in 2020 and is on pace to produce 1 million cars in 2021. If I break out my engineering graph paper, that is an exponential increase. In plain English, it is going up really fast.

Toyota is the No. 2 automaker on the list, with a market value of $250 billion, and GM is No. 6 at $79 billion. Ford is not even in the top 10. Also of interest is that three of the top 10 high-value automakers in the world are Chinese. That Tesla has only produced 1 million vehicles in its entire history and is the most valuable automaker on the planet, as well as one of the most valuable companies in the world, clearly indicates that the market is very bullish on EVs. 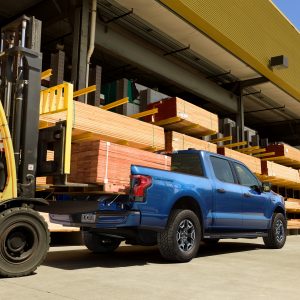 Don’t knock it until you try it

I hear many people say that EVs are not for them. I say test-drive one and see if you don’t change your opinion. I test-drove a Tesla Model 3 ($39,900), an entry-level EV, and when I put the “pedal to the metal,” it was shocking. The last time I went that fast, that quick, I was on an induction roller coaster at an amusement park. In a word, impressive! Even more impressive, the Tesla Model S Plaid delivers world-class performance of 1,020 horsepower and goes from zero-60 mph in 1.99 seconds with a top speed of 200 mph with a range of 396 miles. The Tesla Model S Plaid does come at a premium cost of $125,000, but to get this kind of performance in any other car, you would spend over $1 million. The Tesla Model S Plaid is the fastest car in the world from zero-60 mph and through a quarter mile. Tesla founder Elon Musk proudly touts that the Model S Plaid is “faster than Porsche and safer than Volvo.”

The No. 1 barrier to EVs is “range anxiety,” which refers to consumers’ concern over the lack of widespread charging station infrastructure. There are approximately 150,000 gas stations in the United States, and we use 124 billion gallons of gasoline and 47 billion gallons of diesel fuel annually. That is a lot of infrastructure and energy to replace if we truly shift to all EVs, especially considering that we currently have only 30,451 electric charging stations in the United States with a total of 96,536 charging ports (think how many gas pumps are at a gas station). Arkansas has only 72 public charging stations with 196 ports, so, we have a long way to go.

The Electric Cooperatives of Arkansas are watching this carefully. With the introduction of so many new EV SUV and truck options to the market, the need for charging infrastructure will increase. About 80% of EV charging occurs at home. However, to support full adoption, there must be adequate public charging infrastructure in the state.

My final thoughts on charging infrastructure come from the Kevin Costner movie Field of Dreams. The most misquoted line in movie history is its, “If you build it, they will come” (actual quote is “he will come”). However, for the purposes of this column, the misquote works better. “If you buy them, we will build it.”