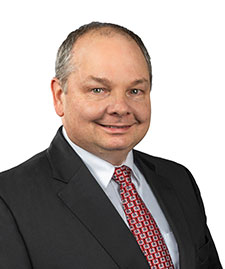 On July 2, 1776, the Continental Congress voted in favor of independence from Great Britain and King George III. Two days later, through the reading and adoption of the Declaration of Independence, written by Thomas Jefferson, Independence Day was born. John Hancock signed the document that day, but it was not until Aug. 2 that all 56 members signed it.

Jefferson was only 33 when he penned the Declaration of Independence, which goes to show you that you don’t always have to have gray hair, or in my case no hair, to be wise. Famously, the Declaration of Independence states: “We hold these truths to be self-evident, that all men are created equal, that they are endowed by their Creator with certain unalienable rights, that among these are life, liberty, and the pursuit of happiness.”

Another interesting piece of July 4 trivia: Jefferson and John Adams, who both signed the Declaration of Independence and served as president of the United States, died on July 4, 1826, only hours apart.

This column is meant to highlight something unique to our cooperative system each month, so, “What does Independence Day have to do with cooperatives?” Well, I am glad you asked, because the cooperatives are founded on seven guiding principles that make us different than other business models.

The old saying, “If you have seen one co-op, you have seen one co-op,” exists because electric cooperatives are autonomous and independent. They are all different because they reflect the values and needs of their local communities. But they are also similar in that they support the cooperative principles. These principles help unite us with common goals, just as the Declaration of Independence did for the Colonies all those years ago.

The cooperatives, which include 17 electric distribution co-ops that own Arkansas Electric Cooperative Corporation (AECC), a wholesale electricity provider, and Arkansas Electric Cooperatives, Inc. (AECI), a statewide service organization, are united and equal, as were America’s original 13 Colonies. Those Colonies were symbolized by the 13 stars on the original American flag, which were displayed in a circle to show that all the Colonies were equal while also united. Similarly, the 17 electric distribution cooperatives that form AECC and AECI are considered equal because they each democratically control our cooperative system.

The Fourth of July is our Independence Day, and I believe that we are blessed to live in the greatest and freest nation on earth. I spent 20 years in the Navy, sailing around the world in a nuclear-powered submarine. While I thoroughly enjoyed seeing the world and learning about other countries and their cultures, I can honestly say that I never found one that came close to offering what we have in America. I believe that 245 years after it was signed, the principles of the Declaration of Independence still hold true, and that we still have life, liberty and the right to pursue happiness. I love America, I love Arkansas, and I love the Electric Cooperatives of Arkansas and what they all stand for.

I hope that you and your family freely pursue happiness as you celebrate our great nation’s Independence Day. I hope that you have family barbecues filled with fun, laughter, sweet tea, apple pie, ice cream, and that good ol’ traditional American favorite, the hot dog.

(I love a good hot dog and apparently so do a lot of Americans, as our great nation will eat an estimated 150 million hot dogs this Fourth of July. If you laid all 150 million hot dogs from end to end, they would stretch from Washington, D.C., to Los Angeles more than five times.)

I also love fireworks and have had to come home from more than one fireworks tent to sheepishly confess to my wife, “I may have blown this month’s budget,” and that our hard-earned money was about to literally “go up in smoke.” But, to me, it seems worth it because there is something awesome about waiting for sunset and then safely lighting up our skies with fireworks as we celebrate and honor our great nation. The childhood thrill of watching this glorious moment never leaves you as you grow old. Last year, as I was watching all the fireworks in my neighborhood, the words from our national anthem, “the rockets’ red glare, the bombs bursting in air” came to mind. May we all let freedom ring this Fourth of July as we celebrate together as one nation. I believe, just like our nation’s Pledge of Allegiance says, that we truly are “one nation under God, indivisible, with liberty and justice for all.”

I know I will proudly celebrate our cooperative difference, and our principle of autonomy and 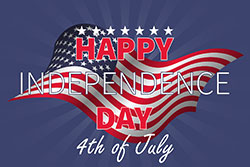 independence, this Fourth of July. Until then, I will leave you with these wise words from President Dwight D. Eisenhower — “A country that values its privileges above its principles soon loses both.”