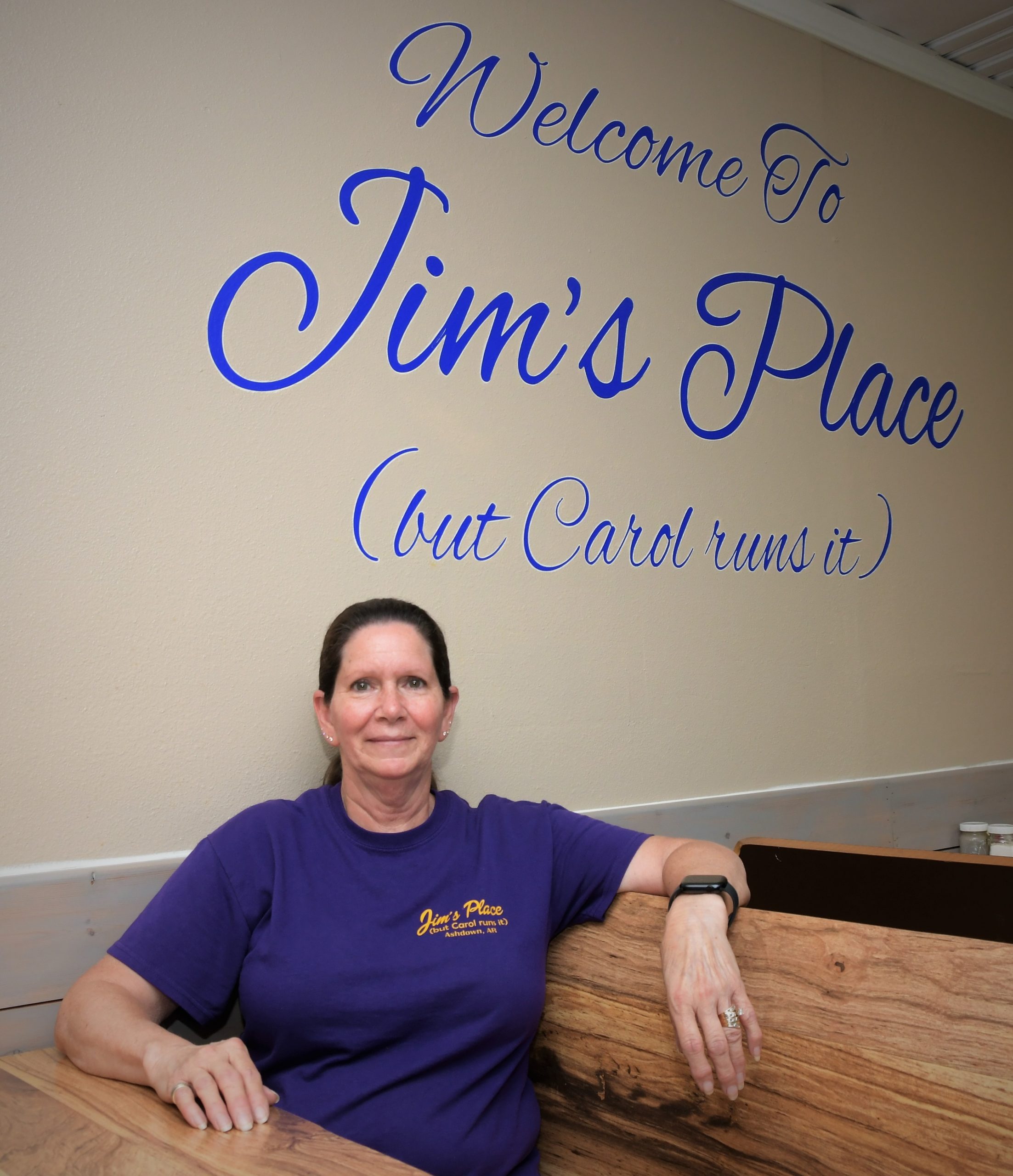 The fun name of Carol (pictured) and Jim Stockman’s restaurant draws diners from all across the country.

About nine years ago, Carol Stockman and her husband, Jim, decided to open their own restaurant in Ashdown. While talking to a banker about the venture, they decided on the name: Jim’s Place (but Carol Runs It). A perfect name, as Jim is a happy, silent partner.

Since opening, the restaurant has attracted customers from across the United States who simply want to know about the name. After they enjoy a great meal and become acquainted with Carol and staff, they turn into loyal fans and friends due to the outstanding atmosphere, service and food. 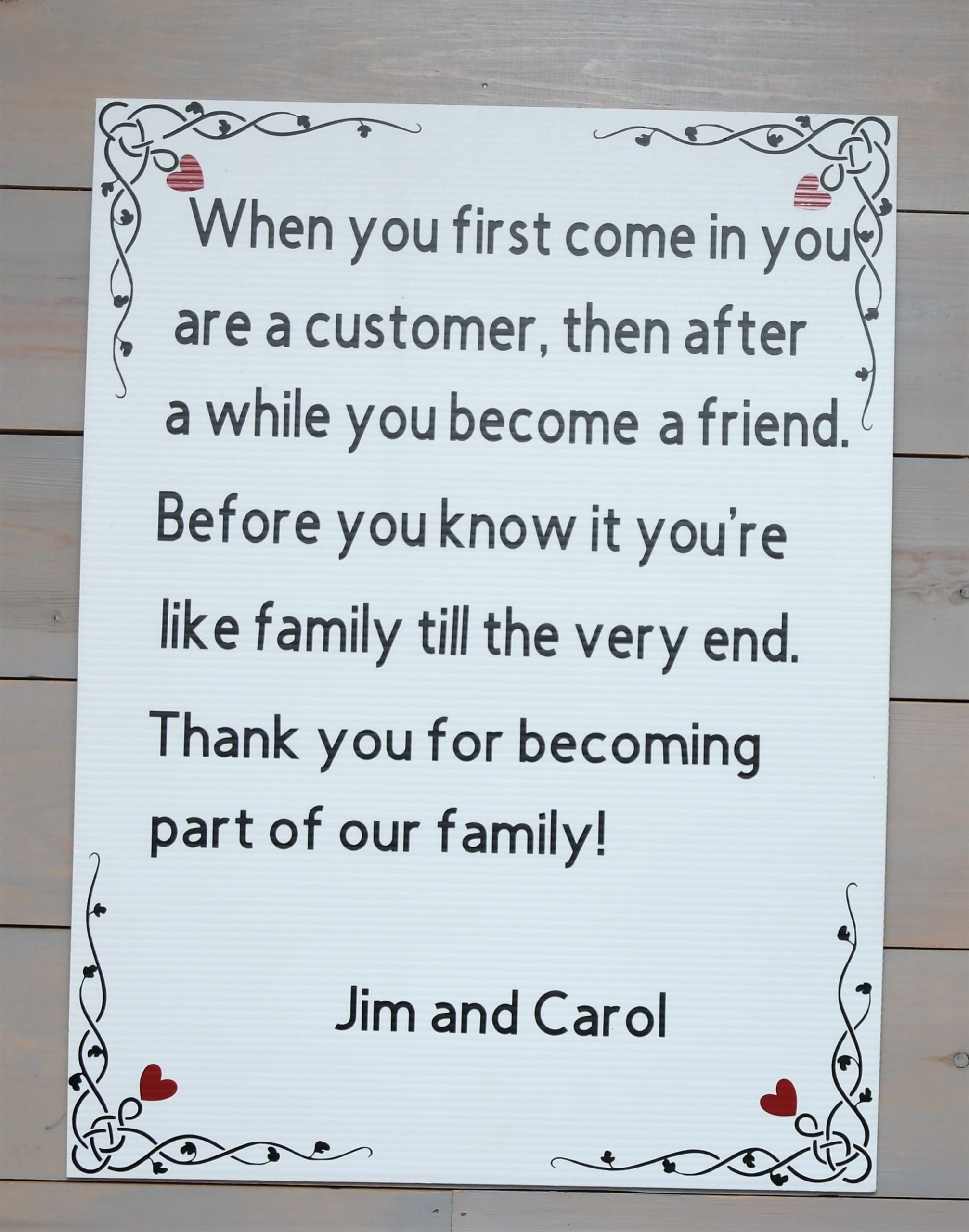 The motto of Jim’s Place (but Carol Runs It) is prominently and proudly displayed.

Locals have also adopted the restaurant as their go-to place for homestyle food, with some guests eating there two or three times a day. This is no surprise, as Carol practically grew up working in and eventually running her mother’s restaurant in a nearby town.

Ashdown residents Frank and Cinda Sivley were enjoying a nice meal during my visit, so I asked about their favorite items. “Just about everything they’ve got, but especially the hamburgers and catfish,” Frank said. Cinda agreed, joking, “I don’t have to cook today, as it’s his day to cook.” The kind couple told me that they have been loyal customers since Jim’s Place opened. 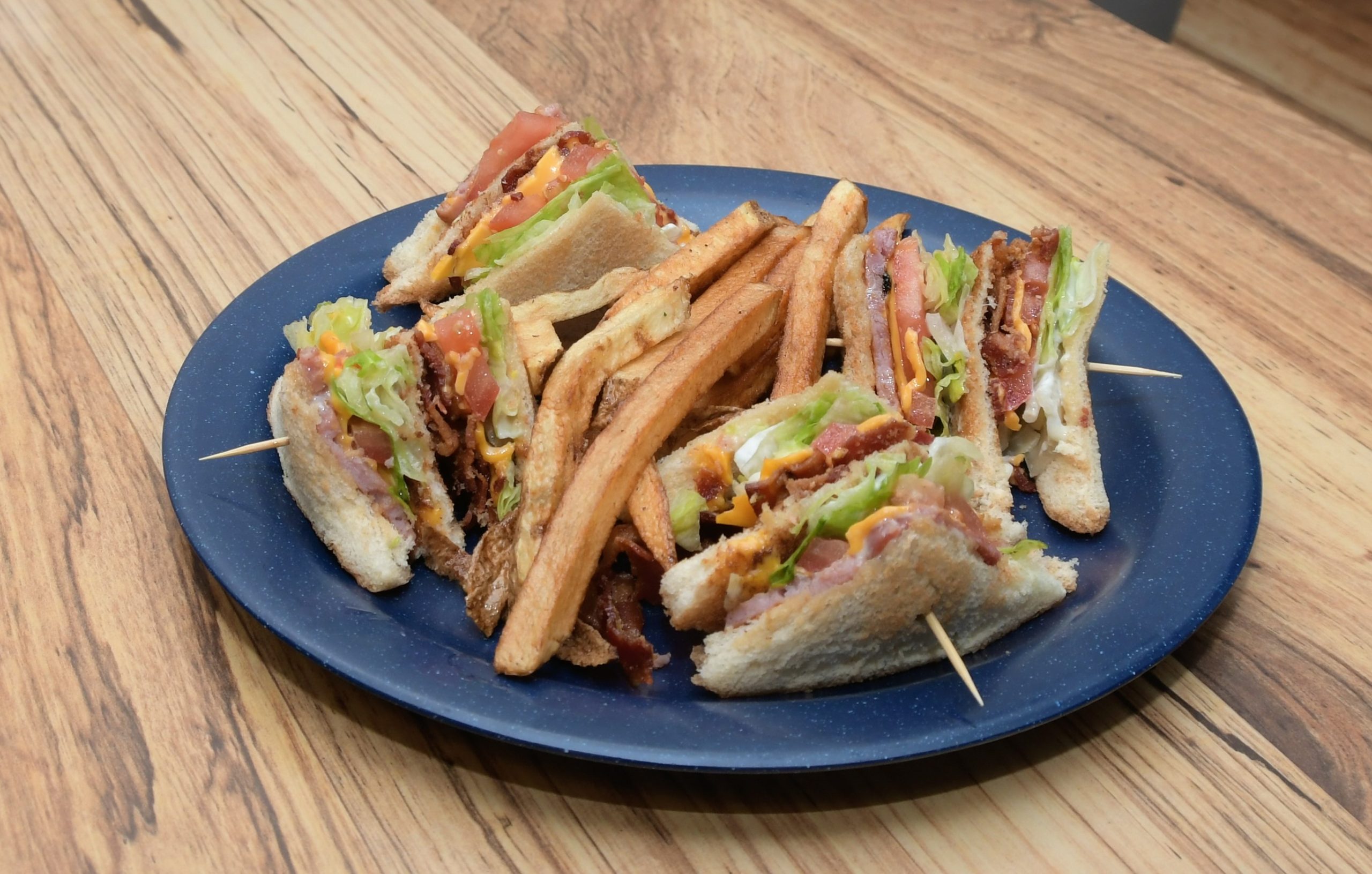 When Carol suggests the club sandwich and fries, take her up on it! As the name states, it’s Jim’s Place (but Carol Runs It).

Carol suggested I would enjoy the club sandwich with fries, and before I knew it, a plate full of goodness was delivered. The club sandwich was a perfect summertime entrée, accompanied by divine, fresh-cut french fries that I couldn’t stop eating. 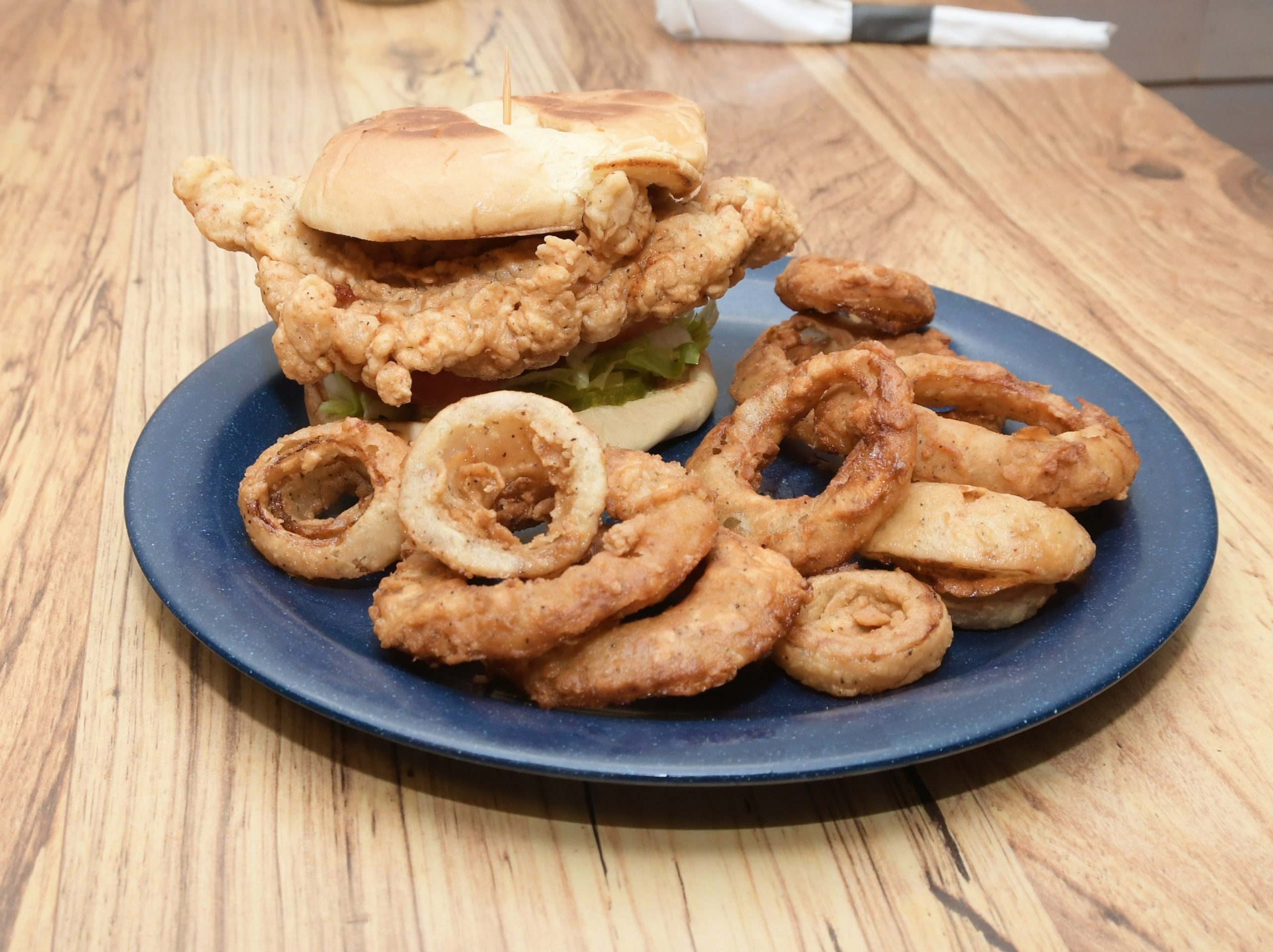 The offering featured a large, hand-breaded chicken breast that was something to crow about! The awesome onion rings at Jim’s Place were hand-breaded and made fresh. Just like the fries, I kept eating them while Carol and I talked. I finally asked her to take them away. Sadly, her team complied.

The daily lunch specials are the same each week and include: chicken-fried steak, chicken tenders, meatloaf, pork chops, fried catfish and fried chicken. Entrées are accompanied by a tasty variety of home-cooked sides and a piece of freshly baked cake. Fridays are catfish day. Carol told me that she and her team are particular about the fish they serve and spend extra time trimming it to ensure a nice, clean taste. As I learned, Carol wants every detail perfect for her customers. 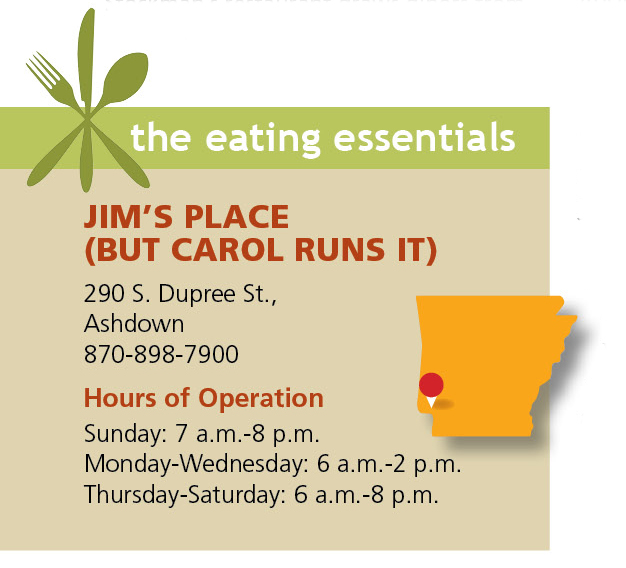 Breakfast is served all day at Jim’s Place, so diners can always enjoy fantastic omelets, breakfast bowls and traditional meals. One customer was enjoying a western omelet as I walked by his table. I smiled at him in hopes that he might offer me a bite, but there was no doubt, it was all his to enjoy.

The desserts include a variety of cakes that are baked fresh daily, and yummy fried pies from Flywheel Bakery. Soft-serve ice cream in a variety of flavors is also available.