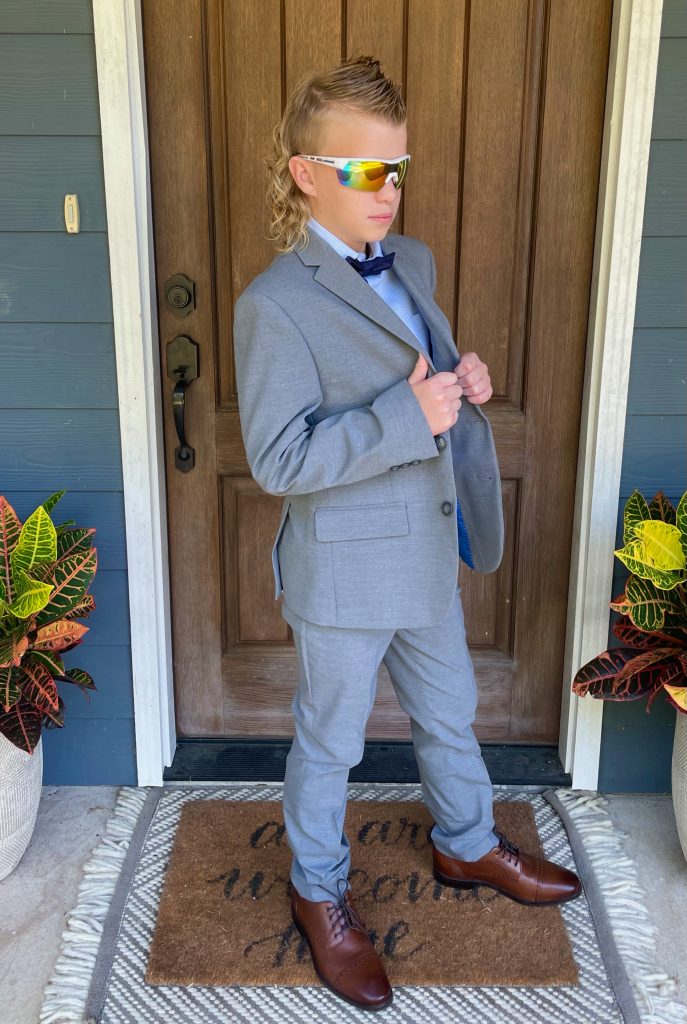 At age 11, Allan Baltz of Jonesboro is no ne’er-do-well.

Allan, rather, is a “hairdo-well.”

A sixth grader at Brookland Middle School, Allan has recently received a lot of national attention for his hair and, more importantly, his heart.This hair story has its roots in the spring 2020 pandemic shutdown. Mother Lesli Baltz says she and husband, Derek, wanted to keep Allan and twin sister, Alice, occupied with constructive and positive pursuits.

“We were trying to come up with funny, entertaining ways to have the kids make good memories instead of the kind of scary stuff that was going on in the world at the time,” Lesli says.

They began mountain biking as a family. They took virtual trips to distant places like Hawaii and engaged in hula dancing. They took outdoor day trips around Arkansas, from Bentonville to Mount Nebo.

Then they got a wild hair to try, well, wild hair. Lesli says she attempted red hair; Alice tried teal hair; and Derek “did a horrible mustache.”

And Allan grew a mullet — the bi-level, “business-in-the-front-party-in-the-back” hairstyle made famous/infamous by celebs from singer Billy Ray Cyrus to tennis champ Andre Agassi in the ’80s and ’90s.

Lesli figured the mullet would be short-lived — “hair” today and gone tomorrow. She says, “We thought, he’ll do a mullet and then maybe a mohawk and maybe a rat tail, and then shave it all off in the summer, and it could grow back before school started again.”

As it “comb” to pass, Allan had other plans.

“He loved it,” Lesli says of the mullet. “He just thought it was the most hysterical thing.”

Also, the mullet had a side benefit, Lesli says with a laugh: “It embarrasses his sister.”

Friends informed the Baltzes about a nationwide contest, the USA Mullet Championship, with categories for kids and teens, as well as men and “femullets.” 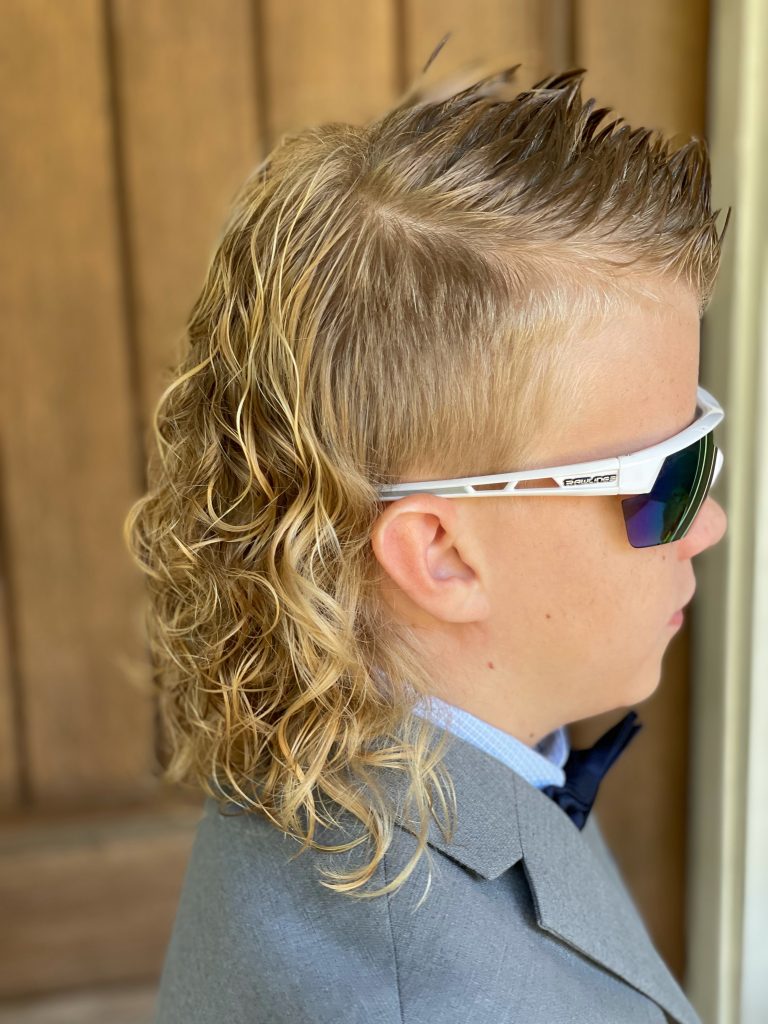 Upon learning he could win $2,500, Allan wanted to submit his photos and enter. Not for himself, but for other children.

Allan says, “When I found out there was money, I said, ‘I’m just going to give that to foster care.’ I know that some kids are crying right now because they don’t have a family, and that really makes me sad.”

He knows firsthand. Allan and his sister both were in foster care. They were about 4 years old when they were placed with the Baltzes, who adopted them.

Earning more than 25,000 votes, Allan won first place in the kids division — “hair” and square. And he won over America by donating his winnings.

Foster care, Lesli says, “is a conversation we have in our home fairly often. We do respite care for foster families, and so we have a foster child in our home from time to time. And both of the kids are just incredibly sweet and loving to these kiddos, and they do have a lot of sympathy for them.

“So that’s something that’s on their heart.”

And Allan’s heart continues to inspire. He appeared on The Kelly Clarkson Show, and his story has been picked up by countless media outlets, from The Bobby Bones Show to The New York Post to GMA. Lesli says Allan’s contributions — $1,250 to Together We Foster and $1,250 to Project Zero — have moved others to donate at least an additional $4,500 to the organizations.

Allan will be a “mane” attraction at the Dec. 2 Jonesboro Christmas Parade, where he’ll serve as grand marshal.

And, yes, he still has the mullet. Cutting it is not something he’s mulling over.

He says with a laugh, “I’m going to keep it until I die.”