When Janae and Jason Julian moved to Magnet Cove in 2015 after working in crowded, congested Washington, D.C., they specifically wanted to live the quiet country life. Their home sits on 25 acres off Gourdneck Valley Road, a winding backcountry byway. Janae says they love the life, but it quickly became apparent that there was a problem: Their lovely country road was remote enough that many drivers routinely threw out, or sometimes even dumped, their trash there.

“Our road crosses two bodies of water, Cove and Chamberlain Creeks,” Janae says. “The rocks are unusual by the creeks, so we get a lot of out-of-state visitors — rockhounds and geology students — coming to explore. It’s beautiful out here, but this road was awful. That’s why I got involved. The trash was piling up. Who wants that? You want your road to look nice, presentable and clean.” 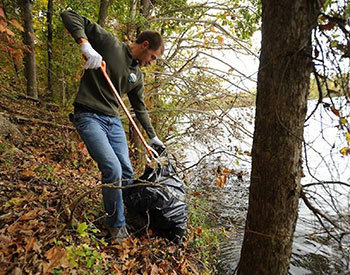 Five months after relocating to Arkansas, Janae organized her first Keep Arkansas Beautiful cleanup. The Julians gathered their three kids and a few neighbors and registered the event with the Keep Arkansas Beautiful (KAB) Commission, a state program funded entirely (along with three other state programs) by the 1/8-cent Conservation Tax. As with all registered KAB events, the organization provided the Julians with free supplies, including trash bags, gloves, safety vests, KAB T-shirts and customizable templates to promote the event locally and online.
A group of volunteers met on a Saturday and gathered as much litter as they could.

“I wish we could get more people interested in helping so we could do more,” Janae says, “but it’s satisfying seeing the difference you’ve made.”

All the good it does 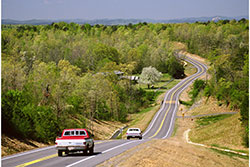 Over the course of last year, 14,112 volunteers for Keep Arkansas Beautiful cleaned up more than 1,100 miles of roads, among many other public and wild areas.

KAB has three focus areas — litter prevention, recycling promotion and scenic beautification. These three areas keep the tiny staff of three busy, as the numbers show. They depend on volunteers.

Every piece of litter picked up helps! Arkansans can find, volunteer for and organize local cleanups at keeparkansasbeautiful.com.

Liz Philpott supports and tracks volunteers and events from KAB’s central office. She says all kinds of events can count as cleanups besides litter pickups, including beautification efforts by garden clubs, park bench painting or graffiti removal, recycling roundups, or the placement of flags and other attractive elements in communities. Last year, 56 Arkansas counties registered for KAB events. Many others held qualifying events, but they did not register them with KAB. 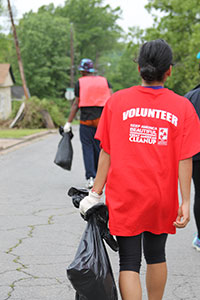 “Always register your event and volunteer hours so they count,” Philpott adds.

KAB does not tell volunteers what places need cleanups; anywhere they want to volunteer qualifies. “We want people to take care of the places that matter to them, take ownership of the project, add their own flair,” Philpott says.

Ideally, an event can hit all three of their mission areas, such as picking up trash, sorting the recyclables and adding something pretty. Cleanups can be any size and require minimal resources. She says, “We provide everything but the volunteers.”

The problem and how to solve it

Arkansans don’t have to look far to see a need for cleanup, recycling or beautification. Robert Phelps, executive director of KAB, says that Arkansas, per capita, produces about twice the amount of personal waste as the country as a whole.

Cigarette waste, Phelps says, is the No. 1 source of litter, and does not go away on its own. Instead, it often washes down storm drains to pollute the state’s natural waterways.

Philpott adds that another big problem in Arkansas is truck-bed litter.

If you see litter coming from a vehicle, get the license plate number and call the above toll-free hotline to help educate the litterer about state law.

“People will throw their trash in the back of the pickup and forget about it,” she says. “If they don’t secure it, that trash will fly out the back as they drive.” She says inadvertent littering is still subject to penalties by state law, including community service, court costs and fines between $50 and $1,000. 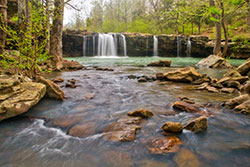 Phelps sees KAB’s mission as “almost a moral imperative,” as Arkansans are stewards of The Natural State. Beyond that, he says there are economic, tourism, health, safety and crime prevention reasons to keep the state’s land and waterways clean and attractive. Phelps says neglected places are havens for criminal activity. “When places look attractive and tidy, the criminal element looks for easier targets,” he says.

Phelps tells everyone he meets that 10 words, adopted individually, could make the problem go away.

“Take care of your personal waste. Dispose of it properly,”
he says. “I say that all the time. If everyone would memorize that as a mantra, practice it as a habit, teach it to their children, then we would not have litter.”

El Dorado, which has an $80 million development project underway to bring more tourism, festivals and events to the city, is keen on making visitors want to return. Keep El Dorado Beautiful (KEB) director Janis VanHook says, “We want them to say, ‘I enjoyed the festival, but I also loved the clean city.’”

KAB partners with the Arkansas Highway and Transportation Department (AHTD) on a couple of programs. 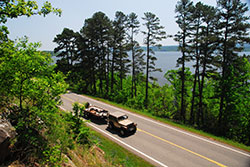 One of the best known is the Adopt-a-Highway initiative, where organizations enter a contract with AHTD to regularly clean up a stretch of highway, which is marked with signage giving them credit for their efforts. Adopt-a-Street programs are run by local city governments. Another project KAB and AHTD partner on is the toll-free Arkansas Litter Hotline at 866-811-1222.

Philpott says people often wonder if by calling the hotline they will get someone in trouble with the law. Actually, she says, the hotline is all about educating people who have been observed littering about the dangers, laws and fines for littering in Arkansas.

AHTD staffs the hotline with a live operator at all times. The operator first asks the anonymous caller for the license plate number of the litterer, then a series of questions about what they witnessed. With the license plate number, AHTD sends a letter to the vehicle’s owner informing them that someone in their vehicle was observed littering and informing them of the penalties they could have incurred if a law enforcement official had witnessed the event. Since its inception in December 2004, the hotline has received more than 78,000 calls and sent more than 60,000 letters.

Philpott says they get a lot of calls from the letter receivers. “Most people legitimately want to do the right thing, just did not know that they were littering,” Philpott says. “Being able to talk with them directly is a real education opportunity for us.”

People of passion and pride

The people who are active with KAB are passionate about what they do to help. VanHook says she enjoys every day of being involved with KAB: “It’s a worthwhile cause. I love it.”

Janae Julian has organized two more cleanups and plans to keep on going, hoping to attract more help. Between official cleanups, the Julians regularly pick up trash along their road. “The kids enjoy it,” she says. “My husband and I are all about hard work and responsibility, and this is a good way to teach them not to litter themselves, to keep their community looking nice, and work together. They can see the end results immediately — how bad it looked at first and how nice it looks when we are done.”

“I’ve been at this 18 years,” Phelps says. “We are in this together. We want all Arkansans to feel pride in where we live and enjoy the wonderful feeling that comes from doing something tangible to keep it pristine.”

He adds, “In the simplest terms, it’s ours to keep, or ours to ruin. So let’s keep it beautiful.”