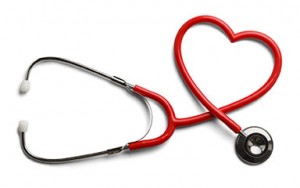 February was officially designated American Heart Month on Dec. 30, 1963, by President Lyndon B. Johnson, who signed a proclamation declaring “that it is essential to the health and well-being of our nation that our citizens be made aware of the medical, social, and economic aspects of the problem of cardiovascular diseases.”

At the time, heart disease in the United States had been climbing steadily, passing influenza and pneumonia as the leading cause of death in 1925, with no signs of slowing. By urging “the people of the United States to give heed to the nationwide problem of the heart and blood-vessel diseases, and to support the programs required to bring about its solution,” the Johnson Administration was arming the country against its biggest public health enemy.

While there have been significant advances since 1963, heart disease remains the No. 1 killer of men and women in the United States. Arkansans are hit particularly hard, with the state consistently ranking among the top five in heart disease mortality.

“And that’s not a list you want to be on top of,” says Dr. Yalcin Hacioglu, an interventional cardiologist at CHI St. Vincent Heart Clinic in Little Rock.

Hacioglu points to atherosclerosis, often called hardening of the arteries, as the primary cause of heart disease, which in turn can lead to potentially fatal problems like heart attack, as well as debilitating chronic problems like angina (chest pain on exertion).

These problems are caused by plaques made from fat, cholesterol and other ingredients found in the blood. As plaques accumulate inside the arteries, they begin to restrict blood flow and, therefore, the body’s supply of oxygen and nutrients.

Some plaques are more dangerous than others. Stable plaques inside the artery, says Hacioglu, “all come under the lining of a fibrous tissue.” But with unstable ones, that layer is fragile and may rupture, resulting in clotting and eventually, a heart attack, he says.

The best defense against heart disease is preventing the development of plaque in the first place. And according to the National Heart, Lung, and Blood Institute (NHLBI), healthy lifestyle approaches can reduce the risk of heart disease by more than 80 percent.

An awareness of your personal risk factors is a crucial first step in the quest to avoid death or disability from heart disease, says Hacioglu, adding that your primary care physician can warn you of any risk factors and develop a strategic plan for good heart health.

You can make a difference

The good news is that many of the risk factors for heart disease are controllable: hypertension (high blood pressure), high cholesterol, obesity and diabetes can all be checked by your primary care physician and addressed through diet, exercise and, in some cases, medication.

Patients with diabetes are the highest-risk group, says Hacioglu, adding that they have a nearly equal risk to someone who already has heart disease.

Smoking, however, is the most significant modifiable risk factor, since it not only increases heart disease but also negatively affects other factors like hypertension and diabetes. “If you quit smoking, your risk of heart attack is almost cut in half in five years,” Hacioglu says. “It can be a difficult factor to change, but once you’re able to, it brings a lot of benefit.”

There are also some risk factors that are not subject to control:

Awareness of these factors is important, too. For example, since familial predisposition is a risk, says Hacioglu, “if your mom had heart disease at younger than age 65, or your dad had it at younger than 55,” you should be checked for other risk factors in your early 20s.

Surviving a heart attack is also a risk factor for future attacks: cardiac arrest can damage heart muscle, destabilize plaque and wreak havoc with the heart’s electrical system. Hacioglu emphasizes that maintaining a lifelong relationship with a heart specialist and vigilantly taking medications are the best ways to stay safe. “Because many people, once they’ve had a heart attack, and they got a stent, they think the problem’s solved,” he says.

Although it remains the top threat to American life, U.S. death rates from heart disease finally peaked and began to reverse in 1968. Had they continued to rise at the same pace, estimates the NHLBI, “more than 1.7 million lives each year would be lost to heart disease” as opposed to the 425,000 that are lost today.

Heart disease remains the No. 1 killer of men and women in the United States.