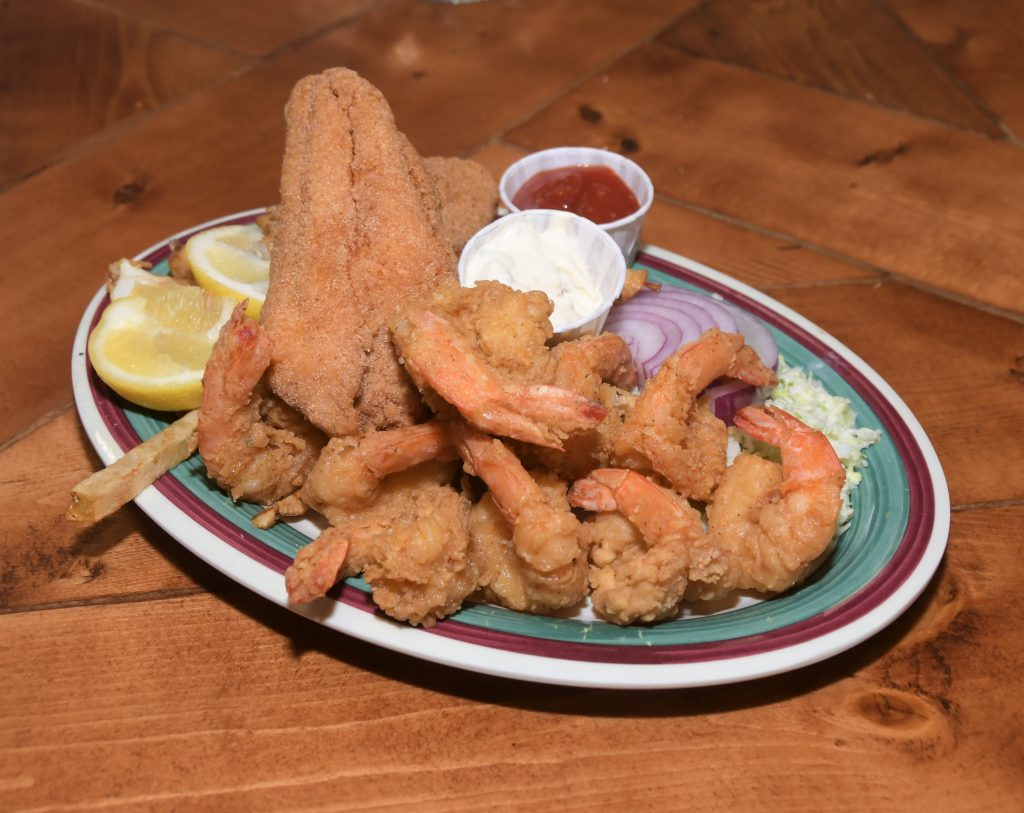 Woods Place reels diners in with dishes like the catfish and
shrimp combo.

James and Patty Woods opened Woods Place in Camden in 1984, after James had worked in the restaurant business for many years. Today, their restaurant is an institution for catfish lovers across the nation.
The Woodses, having moved to Camden for James to manage a chain restaurant, were presented with an opportunity to purchase Kreg’s Catfish. The enterprising couple took the bait and has been swimming to success ever since, thanks to the Camden community, their family and their restaurant family.
The couple’s sons, Bryce and Weston, along with Weston’s wife, Jana, are involved in the operation. The restaurant’s 30-person team has an average tenure of more than 20 years; they are professionals at ensuring that new and longtime customers experience the best food and hospitality possible.
I arrived at Woods Place early on a Friday evening, when a large crowd was already enjoying great meals. As I visited with James and Bryce, business got so brisk for takeout orders that I felt guilty and asked the “keepers of the fish” to just talk to me later. I heard James and the waitstaff welcoming customers, saying, “How have you been? It’s great to see you!” and other sincere greetings you might expect to hear in a true hometown restaurant. 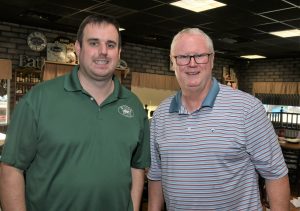 “I fell in love with Camden,” James said. “The community seemed like they always wanted me to succeed. They were rooting for us. The support of local residents has allowed our restaurant to have continued success over the years.”
And succeed it has. James smiled when he told me that four generations of some families have dined at Woods Place over the years. James and his crew cater events across Arkansas and in other states. “We have former Camden residents that crave our food, so they invite us to cater events for them,” he said. “We have gone to New York, Kansas City and other places.”
I enjoyed the homemade hush puppies and yeast rolls that are provided to patrons during dinner. Longtime employee Dennis Calloway has made the yummy yeast rolls daily for more than 37 years. Dennis knows rolls, and the hush puppies were equally as good. 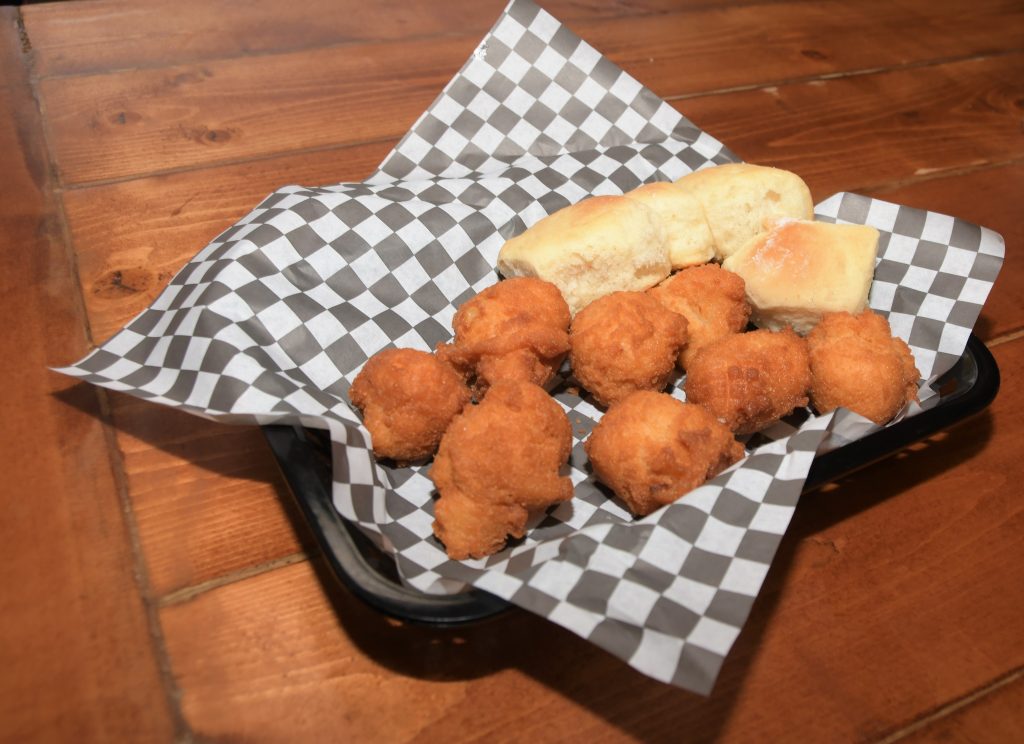 Roll with it: Homemade yeast rolls and hush puppies at Woods Place.

Every week, Woods Place sells more than 2,500 pounds of its signature catfish — fresh, never-frozen fillets, dressed in a white cornmeal coating. A recently added spicy option has steadily grown in popularity.
I enjoyed the two large catfish fillets and several huge shrimp. Trust me, you definitely can taste the difference in fresh fish versus frozen.

Woods Place offers four types of fries — hand-cut, natural cut, crinkle and sour cream and chive. James grinned when I asked about them and said, “Different fries are better with different meals.”
Although catfish is still king at Woods Place, other menu items have gained ground. I loved the ribeye, a top-quality cut of USDA beef that was well-seasoned and cooked to perfection. The flavorful, fork-tender meat simply melted in my mouth!
There are also hamburgers, sandwiches and many appetizers. Recently, Woods Place discovered that customers love their take on chicken gizzards and livers, so much so that more than 40 pounds of gizzards are flying out of the kitchen each week. That’s something to crow about!
Lunch specials are offered daily by veteran lunch cook Pete Lockhart, who incorporates as much locally grown produce as possible into delicious midday options. Some popular items include baked salmon, chicken-fried steak, chicken spaghetti, fried pork cutlets and a variety of fresh vegetables.
Woods Place also has a great collection of Grapette memorabilia, as Camden resident Benjamin Tyndle Fooks created the soda there in the 1930s.
Dining recommendations? Contact Rob Roedel at rob.roedel@aecc.com. 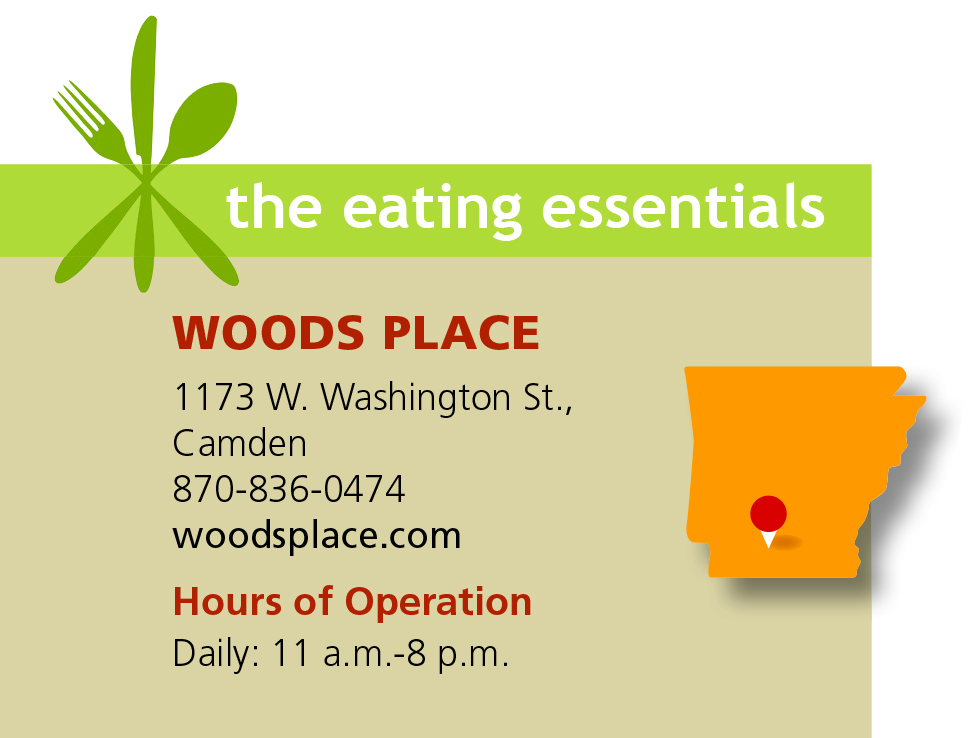