The year 2037 will mark the 100th anniversary of electric cooperatives first bringing power to the rural areas of Arkansas.

In 1930, only 3 percent of Arkansas’ farms had access to electricity. The first seven member-owned, non-profit electric cooperatives were incorporated in Arkansas in 1937. All seven remain in existence today, along with another 10 that were formed between 1938 and 1945. Together, those 17 local cooperatives later formed and still own the power supply and services companies known respectively as Arkansas Electric Cooperative Corporation and Arkansas Electric Cooperatives, Inc., the publisher of this magazine. 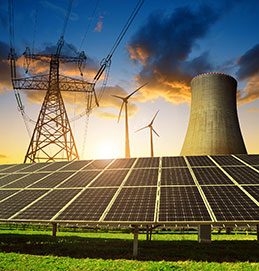 Regarding the electric grid, it is my opinion that the “death of the grid” has been greatly exaggerated. Today, one in five kilowatt-hours for Arkansas electric cooperative members is sourced from non-emitting resources, including hydroelectric, wind, solar and biomass. By the year 2037, I expect the majority of your energy to come from these sources. Central-station generating plants, fueled by coal and natural gas, will be utilized less frequently as renewable energy provides a greater share of your power. However, the grid will remain important to move all that energy around, preserving reliability and controlling costs.

Neighborhood-scale “microgrids” have received lots of attention, and over the next 20 years they may develop to integrate local sources of generation. Despite such development, I expect economies of scale to continue to favor a grid that ties those microgrids together, allowing them to balance supply and demand by buying and selling excess energy from one another.

Energy consumers in 2037 will undoubtedly have greater control over their consumption as most electrical devices, from doorbells to lightbulbs to refrigerators, will have online controls. Self-driving electric cars may become the norm, and charging all those cars would require lots of new infrastructure. When you consider how many cellphone towers have been built in the last 20 years, it is not unreasonable to think that we could build that infrastructure.

The co-op of 2037 may look more like REI (the retail outdoor equipment cooperative) than the old REA (Rural Electrification Administration). Cooperatives have always been focused on meeting member needs, and like REI, co-ops of the future may find themselves offering a wide array of products and services, providing a traditional energy supply for those who want it while offering to build, operate and maintain distributed (on-site generation) energy appliances for those who want to be more involved.

Regardless of their specific functions, I expect electric cooperatives 20 years from now to remain member-owned, member-controlled, non-profit and community-focused, just as they have been for the past 80 years. Those qualities continue to allow us, partnered with your 17 local electric cooperatives, to provide reliable power, affordably, while remaining responsible to you, our members. I predict that, in 2037, that will still be the cooperative difference.