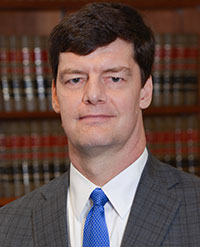 “We don’t want to sit and be static,” Thomas said in a recent interview with Arkansas Living. “I view my role and that of my colleagues on the commission as providing risk management. A crystal ball would be helpful, would be very easy, but we don’t have a crystal ball.”

With the emergence of new technology such as smart meters, improved battery storage and electric vehicles, along with the increasing use of renewable energy sources such as wind and solar, the traditional electricity delivery system in America — powered primarily by coal- and natural gas-based generation — is undergoing a transformation. Many compare it to the telecommunications industry in the 1990s with the emergence of wireless communications.

“We have to take this uncertainty that’s out there and try to come up with a pathway where you’re maximizing your benefits and lowering your risks,” Thomas said, adding that he sees “three major risks” that regulators must be mindful of going forward. Those variables are natural gas prices, federal energy policy and technology, he said.

In 2016, natural gas-based generation surpassed coal-based generation in the U.S. for the first time. Low gas prices, primarily from an increased supply of natural gas from fracking, a method of extracting oil and natural gas, is driving the move toward natural gas and helping keep natural gas prices and electric rates low. Thomas called fracking “the most revolutionary technology in the energy space in recent years,” adding that its phenomenal impact has not been fully appreciated.

“There have been huge consumer benefits from fracking,” Thomas said. “I don’t think that story has been very well told. It has had enormous consumer benefits in terms of electric rates and gas rates for domestic consumers. And there’s been the foreign policy benefits of being less reliant on Iran, Russia, Venezuela and the Middle East.”

Prior to the fracking revolution, natural gas prices were volatile due to unstable gas reserves, which made natural gas pricing less predictable as a fuel for power generation. It typically had been used for peak demand periods while the cheaper coal-based generation was the mainstay for baseload generation, which must be available to meet minimum power needs on a 24/7 basis.

Current industry forecasts indicate that natural gas supplies are abundant and that prices should remain low and stable for the foreseeable future. If for some reason that is not the case and prices begin to rise, it would have an enormous impact on electric rates, Thomas noted.

In 2014, the Environmental Protection Agency (EPA) proposed the Clean Power Plan, a controversial policy of the Obama administration designed to combat climate change/global warming by reducing manmade emissions of carbon dioxide. Thomas said that plan is “on hiatus” under the Trump administration, but policymakers and regulators must prepare for other policy changes in the future.

“To me, we’re being short-sighted for not thinking about what might come along — Clean Power Plan Two,” Thomas said. “We have to be prepared. The optionality to deal with that is something that to me has value.”

Much of the change in the electric industry today is being driven by technology, and Thomas said it is important “to be open” to the potential benefits. But, there are also risks.

As technology continues to transform the lifestyles of Americans, giving them the ability to seemingly control everything through an app on their smartphones, Thomas noted that “there’s a lot of thought that customer expectations are changing.” He added that he believes that is true, but for only some customers.

When it comes to technology in the electric industry, smart meters offer the opportunity for benefits for both consumers and electric utilities. Through smart meters, a variety of data can be captured to help with everything from improving response time for power outages to reporting how much energy your refrigerator uses and at what time of day.

“There’s all kinds of things you can do with data,” Thomas said. “And there’s a lot of potential innovation; we haven’t thought of everything you can do.”

With usage data from smart meters, a utility’s rate structure could be changed to provide for “time-of-use” rates to encourage energy efficiency, especially during times of peak demand. By using less power during such times, a ratepayer could save money.

“That is a different mindset for the consumer,” Thomas said. “Some would like to do that, and others would rather not mess with it.” 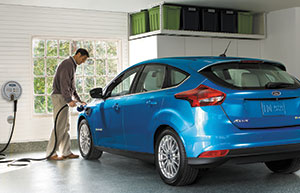 One area in which demand for electricity is expected to grow significantly is through the increasing use of electric vehicles (EVs). Beyond the benefits of driving an electric vehicle, which is cheaper to operate than a gas-powered vehicle and produces fewer emissions, Thomas noted that they can even provide generation for the grid.

“To me, each EV is a mobile storage device,” he said, adding that when a person isn’t driving the car, the stored power could go back into the grid and the owner of the vehicle could be compensated for providing the power.

For now, there remain issues such as the lack of widely available charging stations, Thomas noted, adding that he doesn’t expect electric vehicles to replace gas-powered units anytime soon in Arkansas.

“The [vehicle charge]range issue right now is probably the No. 1 challenge,” he said, adding that Arkansas is still predominantly rural with residents who drive more miles per driver than other states. 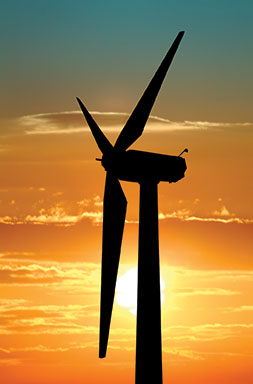 Wind power and other renewable energy sources are expected to continue to make up a bigger portion of the nation’s generation resources.

So how will Arkansas meet its needs for power generation in the decades to come? More renewable energy and natural gas appear to be the leading contenders as they displace some coal-based generation and possibly even nuclear. In Arkansas, Thomas noted that coal-based plants owned and operated by Entergy Arkansas, and co-owned by Arkansas Electric Cooperative Corporation, a wholesale electricity supplier for the state’s electric co-ops, are set to be phased out in the late 2020s to 2030s, while Entergy’s Arkansas Nuclear One plant at Russellville “is on the clock for the late 2030s.”

Even with the Clean Power Plan on hiatus, less coal-based generation is being used than in the past because of inexpensive natural gas, Thomas said. “What’s really hurting coal is fracking,” he said. “That’s missing, in my view, from the political debate.” But for now, the coal-based generation is providing more than just capacity, Thomas said.  It is providing “an important hedge on the risk of gas price volatility.”

As regulators and utilities look toward future generation, Thomas noted that they are in a better place now than in the 1980s when customers of then Arkansas Power & Light Co. (now Entergy Arkansas) got stuck paying for huge costs of the Grand Gulf nuclear power plant being built by its sister company in Mississippi. It was power that Arkansas didn’t need.

In today’s energy world, Arkansas’ electric grid and wholesale power markets are operated by two regional transmission organizations known as “RTOs” — the Southwest Power Pool (SPP) and the Midcontinent Independent System Operator (MISO). Being in an RTO provides a “larger supply/demand balance pool,” Thomas said, which means that there are more generation resources available to utilities without them having to build expensive new generation on their own.

Fiber networks are the backbone of broadband.

Aside from providing electricity service, Thomas praised the Electric Cooperatives of Arkansas for their support of broadband development in rural Arkansas. Several distribution cooperatives are investing in fiber networks that will not only help co-ops better provide affordable and reliable electricity to their nearly 500,000 consumer-members, but they will also provide a backbone to support the development of broadband in rural Arkansas.

“To me, that’s an economic co-benefit situation where there’s an investment you had to make anyway,” Thomas said. And although the APSC doesn’t have any jurisdiction over telecommunications and broadband, it is important for the state’s economy, he said, adding that Gov. Asa Hutchinson, who appointed Thomas as APSC chairman, has made broadband a top priority.