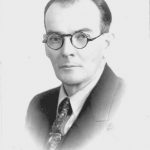 Gossage never got to meet his great-grandfather; in fact, he was born on the day of Smith’s funeral. “It’s kind of like the torch was passed,” he says. “Here I am working for the Arkansas electric co-ops.” He’s not the only family member working for the co-ops. His son, John, who started as a lineman, works as safety coordinator for Ozark-based Arkansas Valley Electric Cooperative. 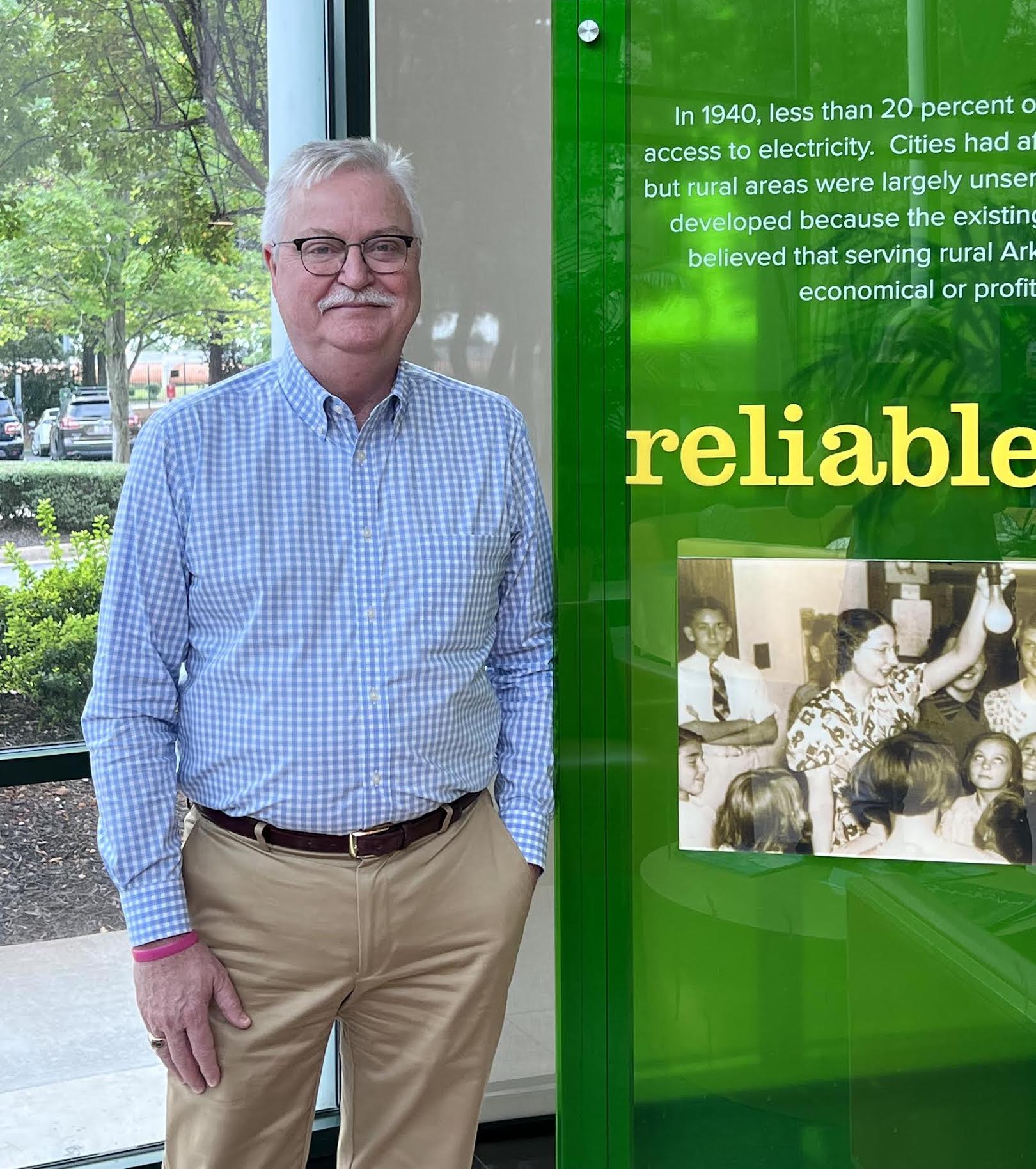 It’s in that cooperative’s service territory where Gossage grew up on a farm in Etna, in rural Franklin County. As a kid, he recalls attending the annual meeting (“It’s where they gave away hot dogs and Cokes”) and regularly going to town with his late father, John Henderson, and his mother, Ida Bea, “to pay the light bill.”

A graduate of Arkansas Tech University with a master’s degree from the University of Arkansas, Gossage grew up attending County Line public schools, where he would eventually work as a teacher, coach and guidance counselor. He spent a large part of his 34-year education career with the Ozark School District, where he served as a principal, assistant superintendent and interim superintendent.

Following in great-grandfather Smith’s footsteps, Gossage ran for an Arkansas House of Representatives seat and was elected in 2012. He represented District 82 until 2016, when he resigned to work for Hutchinson.

“I enjoyed working for him for the last five years,” he says. “It was a great honor to work for him and his administration.” Gossage planned to continue through the end of Hutchinson’s term.

“I told him I was going to finish out with him unless something came along that I just couldn’t turn down,” he says. “And when this opportunity opened up, I talked to Gov. Hutchinson. He was very gracious and understood if I wanted to apply for it. He thought that was going to be a great thing, and he encouraged me.”

Gossage succeeds Kirkley Thomas, who retired after more than 24 years of service.

Something else Gossage believes in: Economic development.

“Economic development is under my shop here,” he says, adding that the cooperatives “do a lot of work around the state to create economic development opportunities for rural Arkansas. With the extension of broadband to rural Arkansas, just like with electricity, there’s a chance that people are going to start moving back to more rural parts of the state because they can literally work from home.

“There are only a few counties in Arkansas in the last decade that gained in population; the others lost population. So, we need that trend to reverse. And (the Electric Cooperatives of Arkansas) can help make that happen.”

Gossage’s off time is devoted to his family, including his wife of 38 years, Tonya; his son, John; daughter-in-law Michaela; and granddaughters, Kinlee and Maelee.

Also, when he’s not working, Gossage, who has a private investigator’s license, can be found working cold cases. As his son was a classmate of Morgan Nick, a 6-year-old abducted at a Little League baseball game in 1995, Gossage is especially passionate about missing children cases. He serves on the Morgan Nick Foundation board of directors.

When asked if he sees a common thread linking his education, political and cooperative careers, Gossage reflects, “I guess just a commitment to public service. I just think it’s a part of giving back. It’s what we’re supposed to do.”