Co-op leaders from across the nation, including Arkansas, met with members of Congress in April as 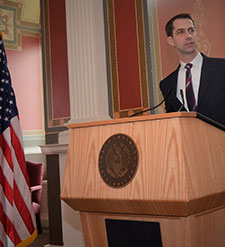 During the conference, which took place April 29-30 in Washington, D.C., congressional leaders of both parties and the chairman of the Federal Energy Regulatory Commission (FERC) urged electric cooperatives to continue to be a strong, bipartisan voice on issues ranging from infrastructure to the resiliency of the electric grid.

FERC Chairman Neil Chatterjee warned co-op leaders about threats to the electric grid, noting that “there is no more important work” for FERC than improving the security and resilience of the electric grid. One of the key questions that the commission is asking is what the grid should be designed to withstand. It may not be possible to design for every possible scenario, but more must be done to protect the grid from evolving cyber threats from foreign adversaries. 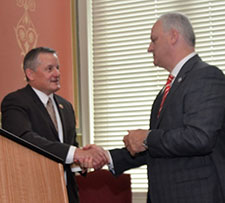 Kirkley Thomas, right, vice president of governmental affairs for the Electric Cooperatives of Arkansas, thanks U.S. Rep. Bruce Westerman for speaking to the Arkansas group.

At the same time, stronger cybersecurity standards should be developed for the natural gas pipelines that supply power to many co-ops, Chatterjee added.

He called it “an exciting time” for the electric power industry as renewables, storage and distributed energy resources contribute to a dramatically changing energy landscape.

More than 100 co-op leaders from Arkansas took the opportunity to discuss issues of importance with Arkansas’ congressional delegation. 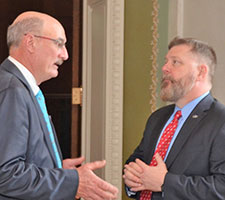 Thomas thanked U.S. Sens. John Boozman and Tom Cotton, U.S. Reps. Rick Crawford, French Hill, Steve Womack and Bruce Westerman, as well as members of their staffs, for their time and hospitality while the Arkansas group was at the nation’s capital. 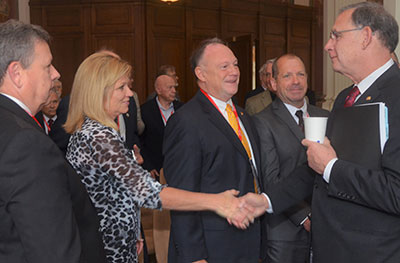 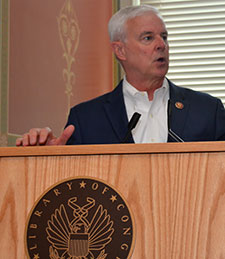 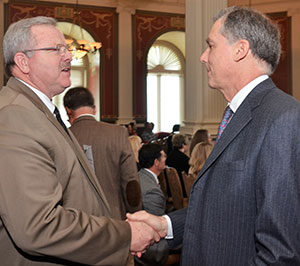