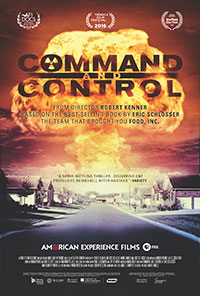 In early 2017, public television stations across the U.S. will air an astounding, 92-minute documentary about the single scariest night in Arkansas history. Based on author Eric Schlosser’s book by the same name, “Command and Control” is the newest film in PBS’ award-winning “American Experience” series.

“Command and Control” chronicles in chilling detail the night of Sept. 18, 1980, when the tiniest of accidents in a Titan II nuclear missile silo in Damascus triggered an explosion of an intercontinental ballistic missile carrying the most powerful nuclear warhead in the nation’s arsenal. Millions of Americans, including all of Arkansas, came within a hair’s breadth of being killed. Had the worst happened, anyone located up to 5,000 miles away from the explosion would have likely succumbed to the nuclear fallout in the aftermath.

The documentary belongs in the most terrifying of genres, the non-fiction thriller. When was the last time a documentary raised your heart rate for 90 minutes straight and had you on the edge of your seat? We screened an advance copy of the film here at Arkansas Living magazine, knowing the basics of the Titan II disaster already. Our jaws dropped early on, and stayed dropped. It seared itself onto our brains. 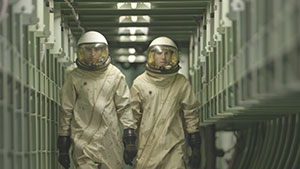 Sometimes tearfully, the brave men involved recount the details of that night 36 years ago. Among the recollections of other Arkansans scarred by that night are interviews with the technicians whose small, rare mistake started the chain of events, the Air Force personnel working the control room at the site, the all-volunteer rescue team, the commanders with no missile experience (all the way up to the Strategic Air Command) involved in scrambling to craft a containment response and then Secretary of Defense Harold Brown. Those interviewed also include then U.S. Sen. David Pryor and his aide, Skip Rutherford, who was assisting with the Arkansas Democratic Convention that night in Hot Springs with then Vice President Walter Mondale, less than 80 miles from the explosion.

The film does not indict the individuals involved so much as it places the blame on systemic flaws in design and response; dropping a socket in a nuclear silo should not be able to cause a single death, much less mass annihilation.

As one of the Air Force staff commanding the control room that night put it, “That was a night when nothing worked the way it should, nothing was going right.”

Director Robert Kenner (Food, Inc.) was able to re-enact the film’s events seamlessly by shooting in an identical, decommissioned Titan II missile silo in Arizona that had been preserved as a museum. In a smart choice, much of the footage is shot in the same grainy look of the archival footage also used. It feels like you are there, watching events unfold as they happen, one alarming development after the other. 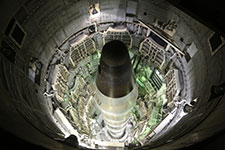 Against all odds, the Titan II thermonuclear warhead did not detonate, but the explosion was not without loss of life.

The events themselves have implications that remain resonant to this day, for our collective future. The film shows what happens when weapons built to save us threaten to destroy us; what it looks like when safeguards fail. Besides the many missteps and difficulties in preventing an American nuclear holocaust that September night, “Command and Control” also reveals just how dangerous and underestimated the U.S. nuclear program was: one accident at one thermonuclear missile silo almost killed millions of Americans in their sleep. How many more near misses did we have? The answer: thousands. “Command and Control” shows that this incident, while among the most severe, was one of only thousands of accidents involving nuclear warheads on U.S. soil. At one point, the country had more than 35,000 nuclear warheads stockpiled in rural communities like Damascus. Even more astounding, the number and type of accidents were kept classified to all but the military elite. Until files were declassified a few years ago, politicians did not and could not know the extent of the danger; official policy prohibited even Mondale from being told whether or not a nuclear weapon was involved at Damascus. The manufacturers making and ensuring the safety of the missiles created on their assembly lines were told of only a few of the accidents, according to “Command and Control.” 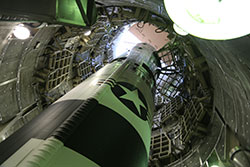 The warhead on the Titan II had three times the force of all the bombs dropped in the Second World War, including the two atomic bombs.

In an interview provided by PBS, Kenner said he hopes the film stimulates public policy discussions about ensuring U.S. weapons’ safety. “Opinions range widely on whether we should have nuclear weapons, but while we have them we can all agree that safety should be paramount,” Kenner said. “Given how devastating the consequences of an accident could be, we must strive for the lowest possible probability. After an accident, everyone will be asking why we didn’t do something. We need to be asking these questions before it’s too late.”

Once the PBS television broadcast date is announced in early 2017, you will want to mark it on your calendar and set your DVRs to record it. After all, if things had gone just a smidge differently, almost none of us would be around as viewers today.