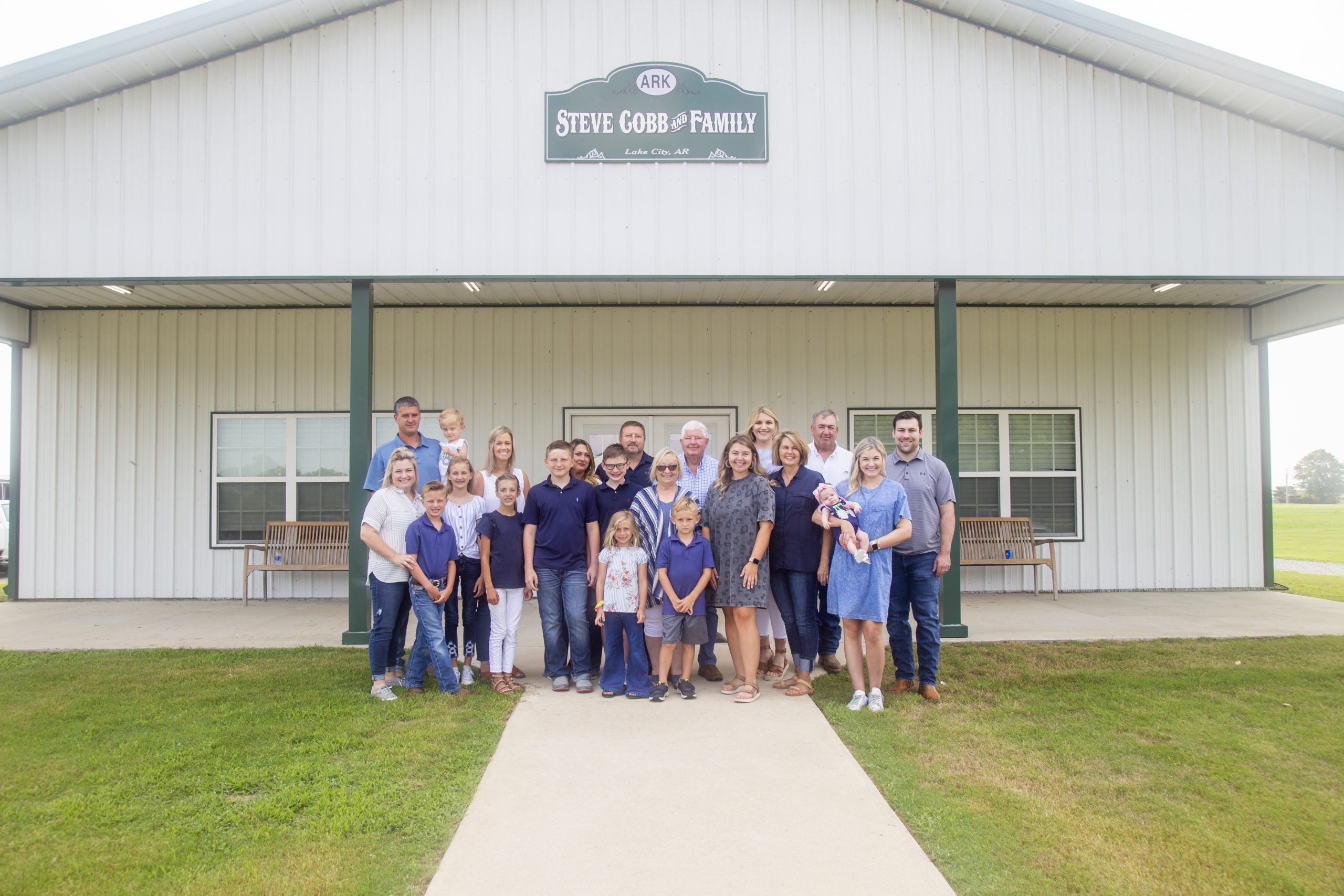 Members of the Cobb, Lyerly and Owens Partnership gather in front of the Lake City barn where members of the public come to purchase show pigs. Courtesy of Arkansas Farm Bureau

With a name like Cobb, it was perhaps destiny that a Craighead County family of farmers would grow corn.

But that’s just a kernel of what the Cobb/Lyerly/Owens Partnership — named as Arkansas Farm Family of the Year last December — does on its 4,250-acre operation in Lake City.

For more than 50 years, they’ve produced everything from tomatoes to cotton to peanuts. Still, the real stars of the show are pigs — show pigs. The family breeds and sells gilts and barrows (those ear notches identify the pig’s litter and individual number) raised for swine showmanship by the likes of 4-H and FFA youth.

Steve Cobb said they were overjoyed to earn the Northeast District Farm Family distinction, let alone the state title. After the announcement, he said, “We feel very humbled by this great honor. We were really overwhelmed because we weren’t expecting it. … I’m very proud of our farm, but the farm is secondary to the family, and I’m incredibly proud for my family.” 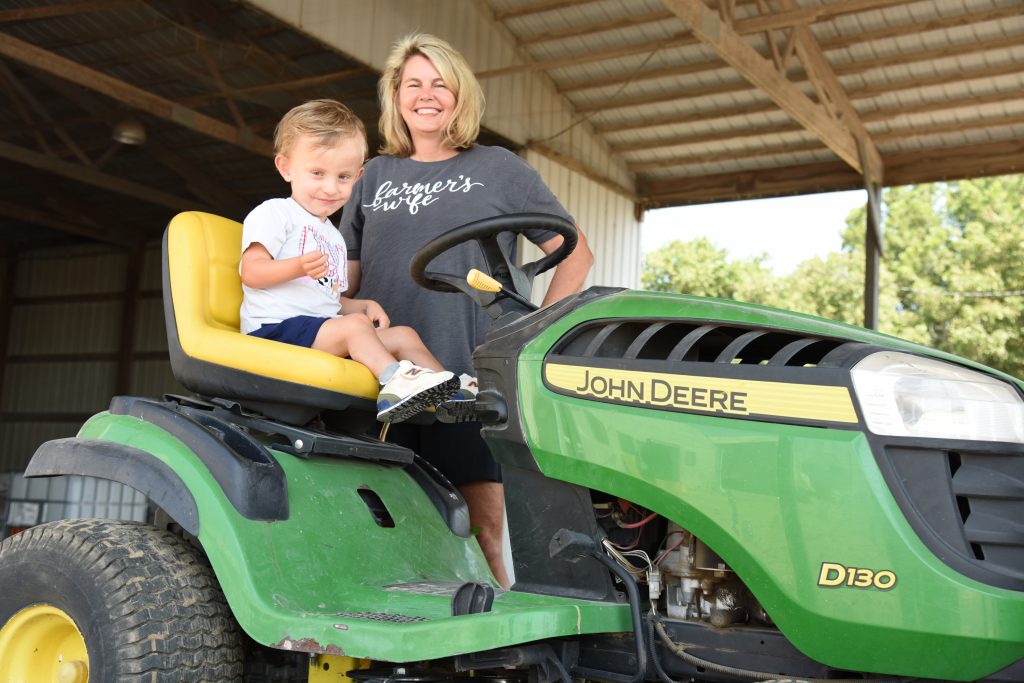 Says Leslie Lyerly, “I mean, it really is a farm family. We all — every one of us, from the littlest to the oldest of us — do something.”

All in the family

On a sunny July scorcher, that’s Darin outside directing farm hands at Cane Island Farms. That’s Emily, cutting cucumbers and converting them into canned bread-and-butter pickles inside Cane Island Produce’s market. That’s Leigh Ann, wearing a “Farmer’s Wife” T-shirt and helping to keep an eye on Cruse and Cross, the sons of Leslie, who manages business operations like bills and payroll, and Erick, who works the crop fields.

That’s Cassandra and her son, Jagger, tending to the pigs in the barns and pens close to Steve Cobb’s stone home. That’s Terri, best known as “Gran,” coming out of said stone home to deliver a foil-wrapped plate of goodies and to check on 9-year-old grandson Cruse’s tummy bug. That’s Cruse, rallying despite said tummy bug, and driving the guest and the rest of the gang on an ATV property tour. 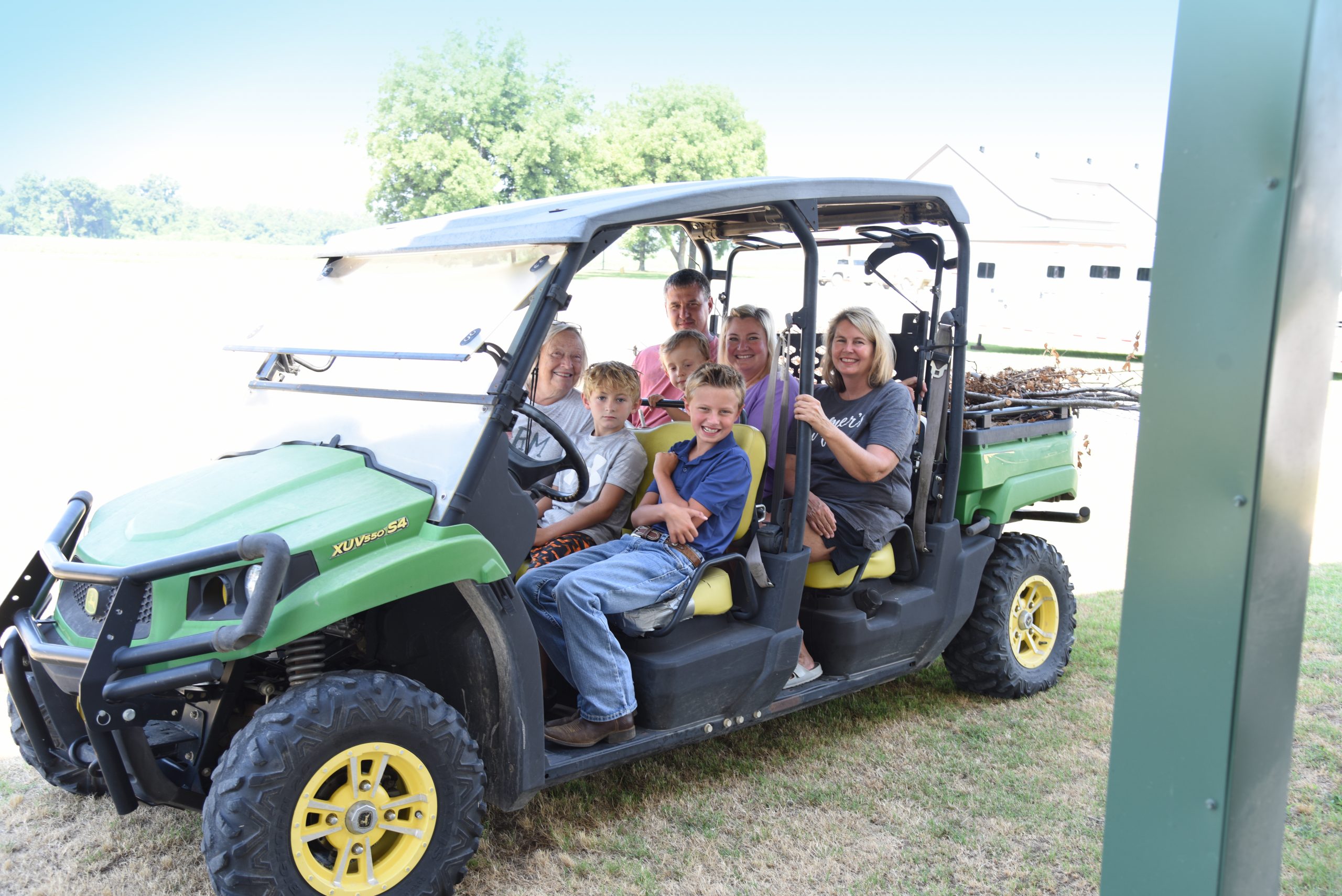 All aboard! Terri (front, from left) and Jagger Cobb and Cruse Lyerly go for a ride with (backrow, from left) Erick, Cross and Leslie Lyerly and Leigh Ann Owens.

It’s a full-circle moment, as Cruse cruises the group around the grounds where Leslie grew up.

She says, “The swine farm is what I helped out with; it’s where I worked in the summers and scraped pens and helped in the farrowing house with my two brothers. My middle brother (Aaron) owns the swine farm with my dad. … The swine (operation) has been around for 50 years, the crop farm even a little bit longer. My dad had always done the crops, but his love was the swine.

“It got so big that he didn’t have time to do both.” 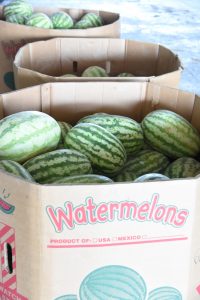 In 2015, Leslie and Erick, who was raised on a farm in Leachville, bought Steve’s portion of the crop operation, which they co-own with the Owenses. In addition to growing cotton, they grow corn, which goes to poultry producer George’s, Inc. of Springdale for chicken feed. And they grow peanuts, which go to Birdsong Peanuts for cleaning, shelling and sizing before they’re shipped to food manufacturers.

Yes, pork sausage. Says Leslie, “Our kids know at a young age that these are meat; we eat these animals.” 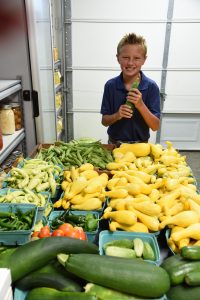 Furthermore, the farm children get early lessons about the birds and the bees — well, make that, the boars and the sows. Leslie says with a giggle, “They also learn things like breeding at an age when most kids would not understand or know.”

Kind of a ‘pig’ deal

Except for the months of July and August, Steve Cobb and Family, which produces some 1,500 show pigs annually, holds sales. While most sales are conducted online, some buyers prefer coming out to the show barn to see pigs in person. And who wouldn’t? The farm’s porkers, many of which are personable and trot right up to visitors for pats, are precious.

Leslie says, “We’ve sold them to (buyers in) 42 states. That’s one of my main jobs, the day after the sale; I’ll contact everyone, and we’ll have a list of delivery options. They’ll get them loaded up and deliver them at certain meeting spots all around the United States.” 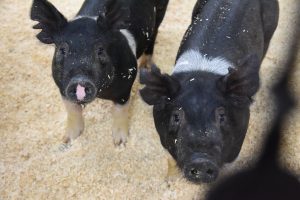 Steve Cobb and Family breeds and sells show pigs that are sold across the United States.

She adds, “We’ll even put them on airplanes every once in a while and ship them.” So, “when pigs fly” isn’t that unlikely of a scenario after all.

While the family only raises pigs, they’re hardly the only animals on the property. Two of the boys care for goats. Two of the girls are barrel racers and have horses. And there are plenty of smoochy pooches and cute kittens everywhere.

In about three months, another Arkansas Farm Family of the Year — the 75th in the program’s history — will be named.

When asked what the recognition has meant to her family, Leslie warns, “I’m going to get emotional.”

She collects herself and continues, “I’m proud of my family all the time. I really do love my family. … There are amazing farms in this whole area, and we love all the families. Everyone works so hard.

“To be named was just an honor.”