There was a joke in the 1960s that went something like this:
A New York tourist stops a musician on the street and asks, “How do you get to Carnegie Hall?”
The musician answers, “Practice, man, practice.”

This is the key concept in disaster preparedness:  Practice, man, practice.
You get good at what you practice. As a member-owned electric cooperative, we want your
power to be reliable. While we don’t wish for disasters, we do want to be really good at disaster
response and recovery.

Arkansas electric cooperatives recently participated in a nationwide disaster preparedness
simulation drill called GridEx IV. The first was in 2011, and the GridEx has been repeated every
other year since then.

In this most recent GridEx, over 4,000 people participated from 400 entities, including over 200
electric utilities. In the simulation, unknown adversaries were presumed to have disabled large
parts of our electrical infrastructure through combined physical and cyber attacks. The drill
tested response and recovery plans for weaknesses.

Past GridEx events have yielded insights and initiatives with real benefits. Examples include the
development, in partnership with our national labs, of advanced cyber threat detection tools.
Situation rooms that resemble something from a science-fiction movie have been created to
track every non-conforming incident, allowing us to connect the dots with early warning of
potential attacks. Mandatory, enforceable security standards have been developed for anyone
who operates equipment connected to the bulk-electric system. And after an event happens,
we have removed barriers to accelerate our ability to respond.

These initiatives were put to the test last year following Hurricane Harvey in Texas and
Hurricane Irma in Florida, two devastating storms. In each of these events, we engaged our
national disaster response “playbook” and worked in continual coordination with government
partners to get crews and equipment into the areas of greatest need. Waivers were granted
and government resources were deployed to complement the efforts of utilities. Many issues remain from each of these storms, and there are things that could have been done better, but these new programs helped get the power on much sooner.

As we continue to exercise our disaster readiness, we will be planning our next GridEx with a
broad cross-section of related industries, such as water utilities, financial institutions and
telecommunications providers. Together it is our goal to make disasters less disastrous for our
members. 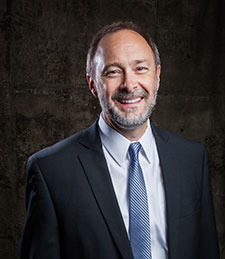