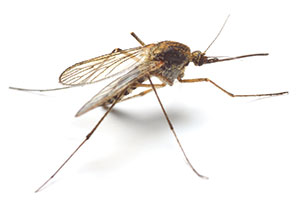 Skeeters. Bloodsuckers. Culicidae. The unofficial state bird. Whatever you choose to call them when you are slapping them off your arms and legs, mosquitoes are as much a part of Arkansas outdoor summertime activities as heat and humidity. But according to bug and insect expert David Theuret, there are a number of ways to keep these annoying — and sometimes dangerous — pests in check.

“Mosquitoes really impact human health in two big ways,” says Theuret, who serves as the state’s entomologist at the Arkansas Department of Health. “The first of those is that they can represent a severe nuisance, where they inhibit your ability to be somewhere.”

Nuisances range from something like not being able to use your backyard to more extreme situations. “For 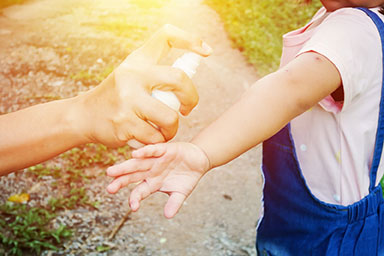 Use only EPA-approved personal repellents, and read the labels carefully. Some products are not safe for children.

example, in places that have had a lot of flooding, like we’ve just had here in Arkansas, mosquitoes can be so prohibitive that rescue crews or remediation folks can’t come in to do their jobs appropriately.”

The second way that mosquitoes impact humans is by transmitting different disease agents, or pathogens, that can make people sick and sometimes even prove fatal.

“For example, we have somewhere between 10 and 15 cases of West Nile virus every year in Arkansas,” Theuret says. “Now, most of the people who get bitten by mosquitoes aren’t going to get infected with West Nile.
And about 80 percent of the people bitten by infected mosquitoes won’t get sick — they won’t experience any symptoms at all. But within the group that does get sick, you will have about 1% with really terrible symptoms like encephalitis, or swelling of the brain.”

“The really scary one is EEE, and while we’ve only seen one case in the past several years, it can be a very severe infection,” Theuret says. Most patients don’t survive EEE, and those who do often suffer long-lasting neurological damage. “We’re fortunate that it’s very rare. But it does occur.”

That’s why it’s so important, he says, to stay “tuned in” to how you’re feeling. “If it’s the middle of the summer, and you suddenly feel like you have the flu, it’s time to reach out to your primary care provider.”

Other mosquito-borne pathogens like Zika, Dengue, Malaria and Yellow Fever are not currently considered threats within the U.S. However, international travelers should protect themselves by checking the “Travelers’ Health” section of the Centers for Disease Control and Prevention (CDC) online at cdc.gov/travel for reliable, information about these and other infectious diseases that might be active at their destinations.

“The biggest thing you want to do is to try to avoid contributing to the mosquito population, and you can do that by doing a quick home inspection,” Theuret says.

Since mosquitoes lay their eggs in or near water, getting rid of standing water around the home can have a big impact in reducing the mosquito population. The CDC recommends checking both indoors and out on a weekly basis for water-holding items like tires, buckets, planters, toys, pools, birdbaths, flower pot saucers and trash 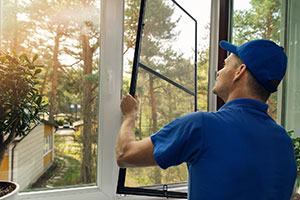 containers. These should be emptied and scrubbed, turned over, covered and/or thrown out in order to avoid becoming mosquito incubators. Areas that can’t be emptied, like fountains, septic tanks or pool covers, can be treated with Environmental Protection Agency (EPA)-approved larvicides to kill mosquito eggs.

“I would encourage people to think creatively in terms of where water’s going to be collecting,” Theuret says, citing holes and hollow places in trees, and gutters with corrugated downspouts as often-overlooked culprits.

Prevent outdoor mosquitoes from becoming indoor mosquitoes by inspecting window and door screens and identifying any structural damage that might create an entry point. Use air conditioning if it’s available. (And if you do find mosquitoes indoors, work with a professional pest eradication company to eliminate them as quickly as possible.)

In addition to fighting mosquitoes in your yard and home, it’s important to take personal protective measures. For example, the CDC recommends taking notice of when and where you get bitten and trying to avoid those times and places. Covering up with long-sleeved shirts, pants, closed-toed shoes and other protective clothing (as heat allows) is also an effective deterrent.

“You can synergize the physical barrier of clothing between you and the mosquitoes by creating a chemical barrier,” Theuret says. He recommends the EPA’s “Find the Repellent that is Right for You” tool, which is located online at epa.gov/insect-repellants along with information about how to safely and effectively select and use EPA-approved personal repellents. Always read product labels carefully, he cautions, since some products are not safe for children, or are only intended for application to clothing.

And last but not least, don’t forget about the furry family members. Dog heartworms, which can also sometimes 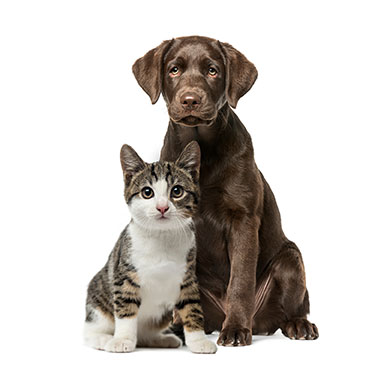 affect cats, are one of the most common mosquito-borne diseases, so check with your veterinarian to make sure your pet is protected.

A.D Lively is a central Arkansas-based writer specializing in health and wellness.