What moistens the lip and what brightens the eye? What calls back the past, like the rich Pumpkin pie?”
— From “The Pumpkin” by John Greenleaf Whittier, 1846 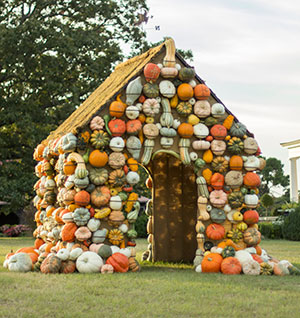 Despite what the calendar says, autumn doesn’t begin for me until I see my first pumpkin of the season.  Pumpkins mean delicious seasonal desserts, beautiful fall table centerpieces, and creative home and garden decor that starts at the dining room table and extends to the front door and beyond. Heck, I’ve even made a house out of pumpkins!

This beautiful round orange squash plays a quintessential role throughout life at Moss Mountain Farm, indoors and out. But not all pumpkins are created equal — they vary greatly in size (palm-sized minis to 1,000-pound giants), color (white, green, tan, orange, blue and more), texture (smooth, warty, crackled and ridged), shape (squat to round and everything in between) and use (cooking vs. decorating).

So let’s explore some of my favorite varieties for cooking and carving, decorating and display.

Choosing the best pumpkin for your autumn recipes

Over the years, I’ve used pumpkin in recipes ranging from savory chicken stew to crème brûlée and martinis, and I’m not even close to finishing exploring the boundaries of this versatile fruit. As an ingredient, it brings a flexibility to cooking that I really admire. Sweet desserts and breads? Check. Savory main dishes? Of course. Thick creamy soups? Naturally.

Plus the health benefits are undeniable. One cup of fresh pumpkin contains only 2.5 grams of sugar and is rich in fiber. It’s also a great source for minerals and vitamins A, C and E. So eat up!

And while all pumpkins are edible, there are definitely varieties that beat others for taste and texture. Make an effort to scout out some of the more popular cooking varieties to make your dishes really shine.

Any pumpkin can be used for ornamental decor if you like the look of it. Many of the edible “pie pumpkins” have quite unusual coloring and texture, making them just as valuable on the front porch as in the kitchen. 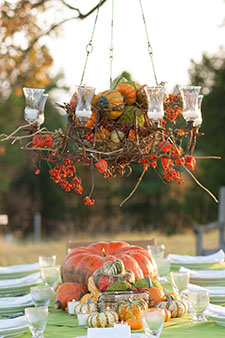 With the arrival of fall I set my table with beautiful fall themes that include various-sized pumpkins. photo by Jane Colclasure

I especially like the minis, which come in a variety of colors and can be used grouped together to fill a see-through wire container or glass apothecary jar. Or simply mound a bunch of them together with votive candles.

A few of my favorite ornamental pumpkins include: 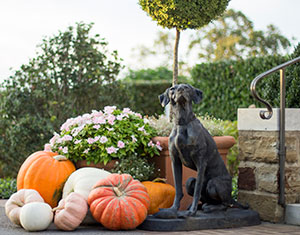 Decorate your entryway with pumpkins this fall for a delightful pop of color. photo by Steven Veach

I hope my enthusiasm for the versatile, beautiful and charismatic pumpkin will inspire you to try a new recipe or two, and/or buy some for decorating your home, both indoors and outdoors. 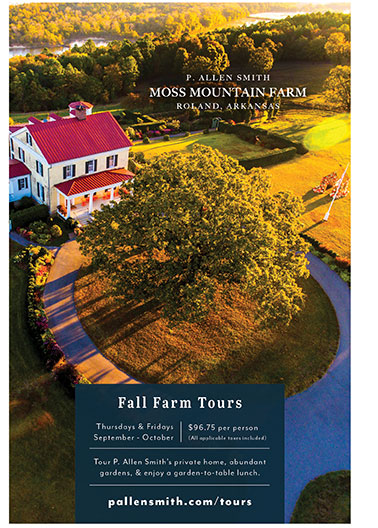