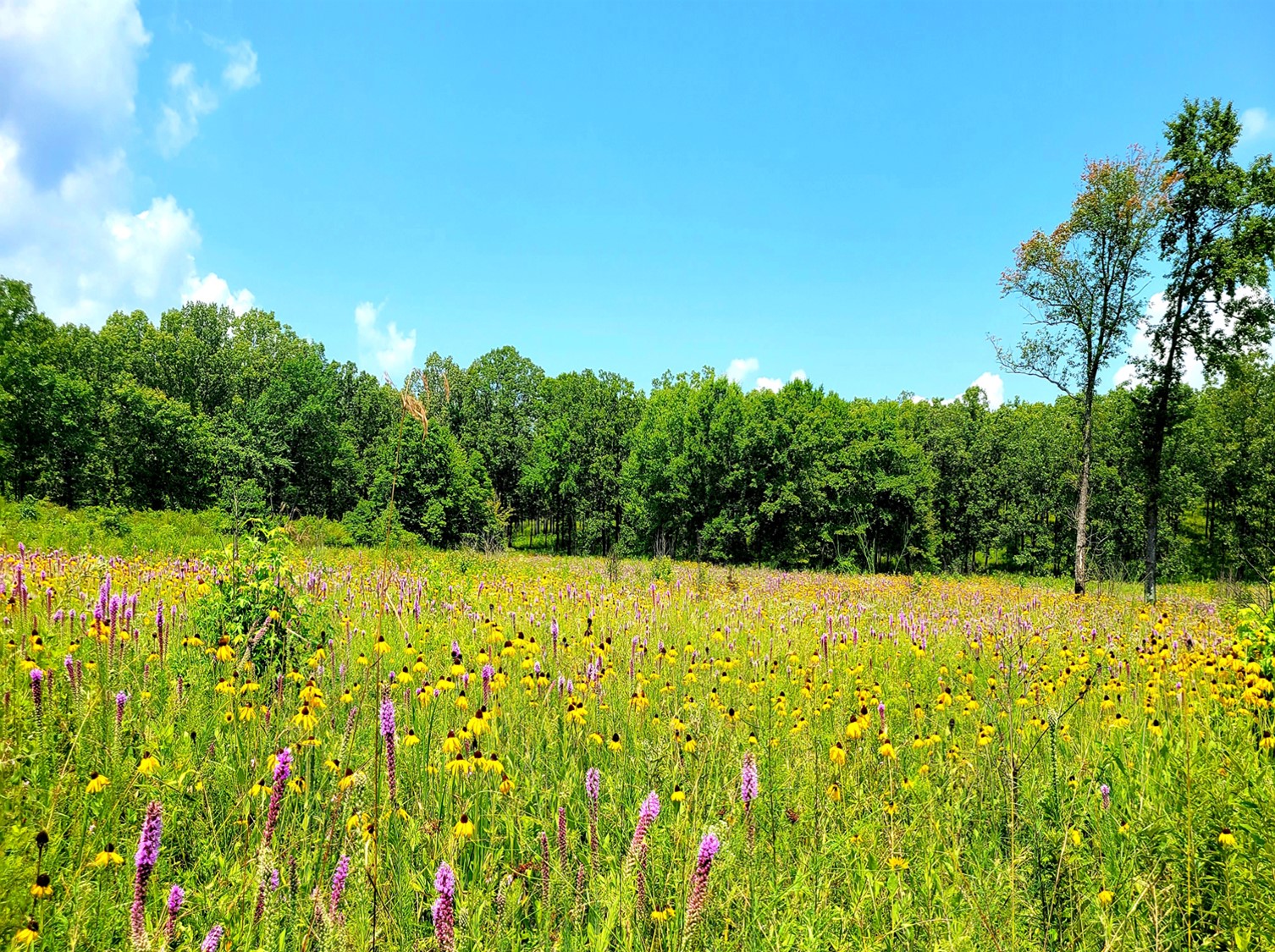 Integrated vegetation management allows native grasses and wildflowers — and therefore quail and other wildlife — to flourish. Courtesy of Arkansas Game and Fish Commission

It is a win-win for the cooperatives and for wildlife like quail, says Stephen Cain, manager of environmental compliance for AECC, the wholesale power provider for Arkansas’ 17 local electric distribution cooperatives.

With the support of conservation groups like Quail Forever, AECC moved away from primarily using mechanical clearing for easement vegetation to a more environmentally friendly and economical approach.

”Integrated vegetation management, in a nutshell, is targeted herbicide application,“ Cain says. “Basically, it’s folks with backpack sprayers walking the entire right-of-way and focusing on woody vegetation and nonnative species of grasses and trying to eliminate them. Below this vegetation is an entire seedbed or seedbank of native vegetation.

“Over time, we hope to bring back that native vegetation into our rights-of-way and let it take back over and turn into prairie grasses for quail and other wildlife native to Arkansas.”

“We don’t just go through and mow and trim,” Armstrong says. “We also use responsible, selective herbicide application to help promote native species of grass and wildflowers, which, in turn, will benefit pollinators and bobwhite quail.” He adds, “Also here at the (Arkadelphia) home office, we’ve got about 10 acres that we’re not currently utilizing for the business of the cooperative. So, we’re taking some wildlife management practices and implementing on that parcel of land.”

The cooperative also has Terre Noire Natural Area, managed by the Arkansas Natural Heritage Commission and The Nature Conservancy, on its system. Armstrong says, “We know for a fact that there are populations of bobwhite quail out there.”

Some cooperatives have taken on other sustainable habitat projects. For example, Craighead Electric Cooperative has worked with Quail Forever to plant native grasses and wildflowers in rights-of-way and around its substations and facilities. In 2019, the two partnered with Today’s Power, Inc. (a subsidiary of Arkansas Electric Cooperatives, Inc.) to plant native grasses and wildflowers at the Brian Duncan Solar Generation Facility on an 11-acre site near Brookland.