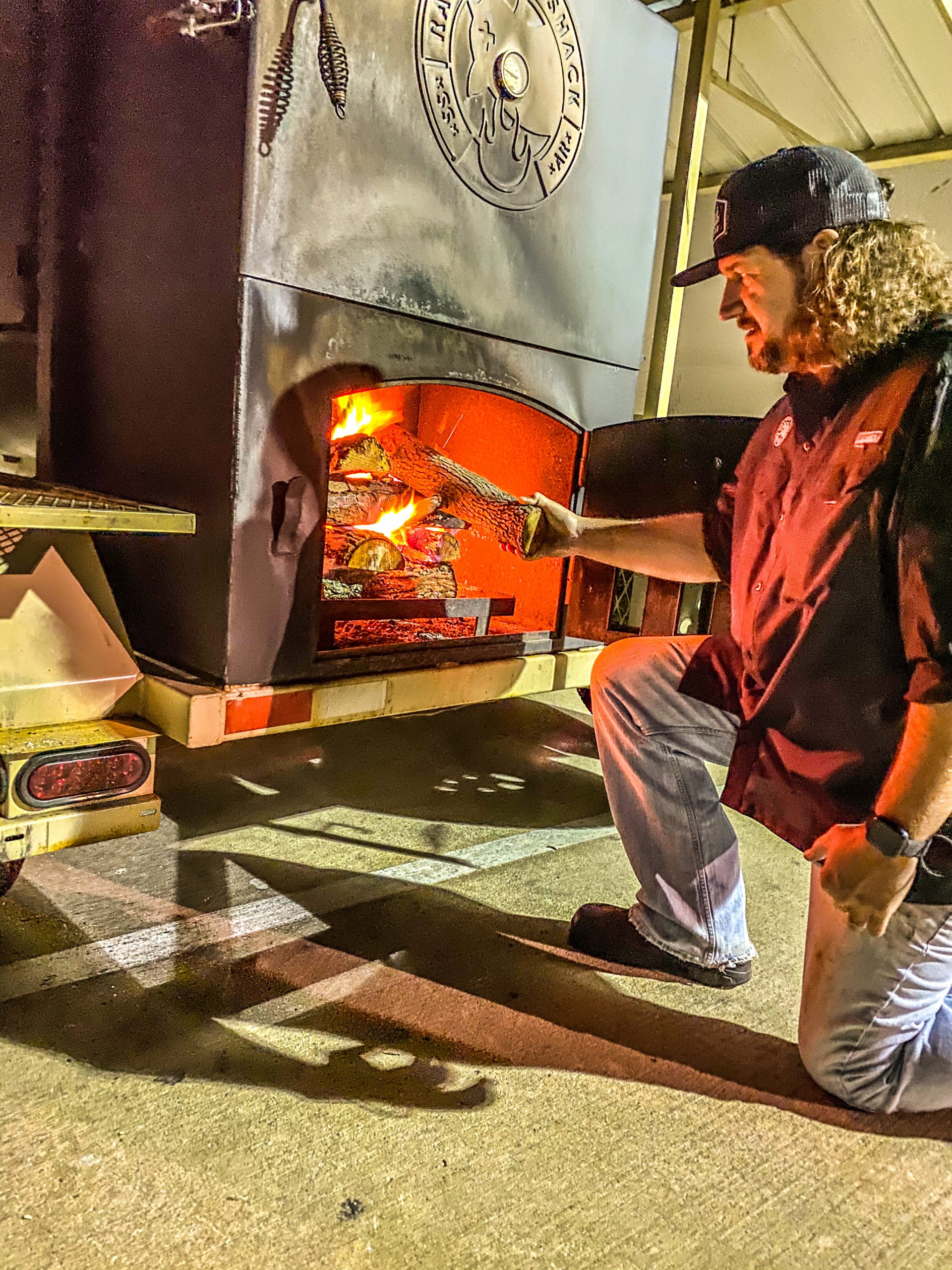 U.S. Army veteran Seth Simmons got in the barbecue business to feed veterans in need. Photo courtesy of Seth Simmons

When Seth Simmons came home to Arkansas from the Army, he struggled to see his purpose in life. With one chance encounter, that purpose was brought back into focus, brighter and sharper than ever.

“I never knew what happened to the kid, and lo and behold, ran into him in the streets one night. He had been there for a few years at that point. He introduced me to friends, other veterans who were in the streets.”

Simmons’ own military career had been cut short from being wounded, and while he fared better than many upon returning home, civilian life was no picnic. As he spoke to men whose existence involved huddling under bridges or living out in the woods, he couldn’t shake the image of his face reflected back from theirs.

“Every day, I would meet somebody different, and every day I was like, ‘I don’t know how in the world I am not them,’” he says. “And I’m not trying to make it sound like I’m blessed and they’re not. I’m saying I got lucky. I didn’t grow up in a wealthy family; we ate a lot of bean sandwiches, as my dad used to say. But I grew up with a family that understood what was necessary and what wasn’t. Some people are just issued a death sentence, and a very small percentage of them come out of it.” 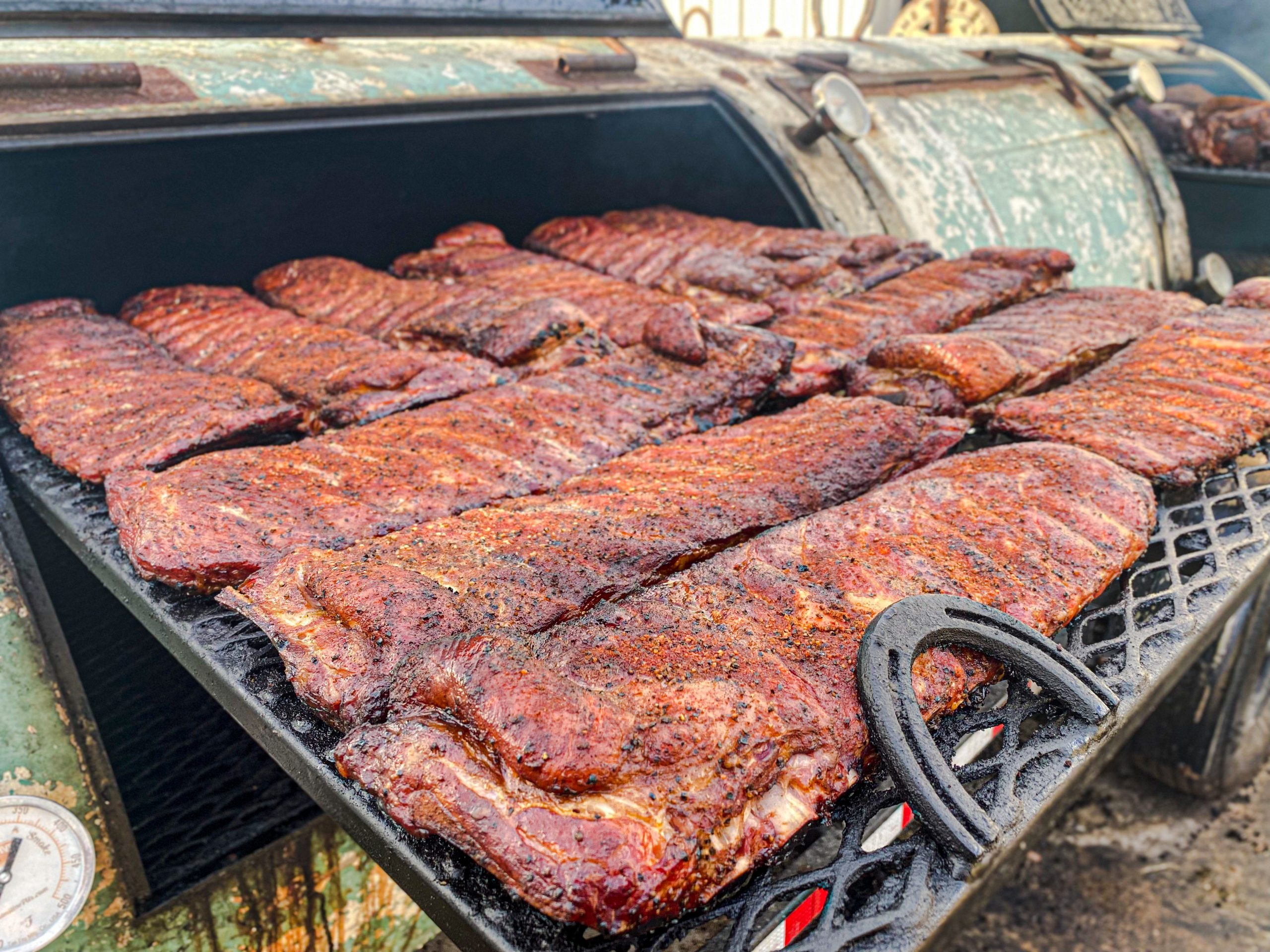 Resolved to feed his homeless brothers-in-arms, Simmons determined barbecue was the way to go, as one large piece of meat could economically feed a lot of people. The fact he had virtually no pitmaster experience at the time, especially cooking for a crowd, was merely a detail, and he quickly put his plan into motion. What he discovered about himself in the process shocked him.

“When I learned to barbecue, I learned what makes me happy is conversation over a plate of food. It satisfies my soul so much to see somebody happy because of what they’re eating,” he says. “Barbecue became the thing because it takes effort, it takes time, it takes patience, and the final result can be amazing.”

Having unwittingly stumbled upon his life’s calling, it wasn’t long before Simmons opened a catering business. He then joined the acclaimed Wright’s Barbecue in Northwest Arkansas, where he served as pitmaster while learning the ins and outs of the restaurant business.

He stepped back during his father’s cancer treatments and passing, relocating to Lake City in Northeast Arkansas. There, he founded Ray’s Rump Shack, a restaurant and catering business.

“We do it caveman-style; we do it old-school over open flame,” he says, adding, “It is just patience and paying attention.”

Everything about Ray’s has a backstory, which the natural storyteller Simmons can’t resist telling. His gargantuan grill is made of giant propane tanks. The name of the business uses his wife Jenny’s maiden name. His slogan, “Worst BBQ in Arkansas” is an homage to his dad, who used to wave people away at catering gigs saying the food “wasn’t fit to eat,” just to increase the leftovers that went home with him. 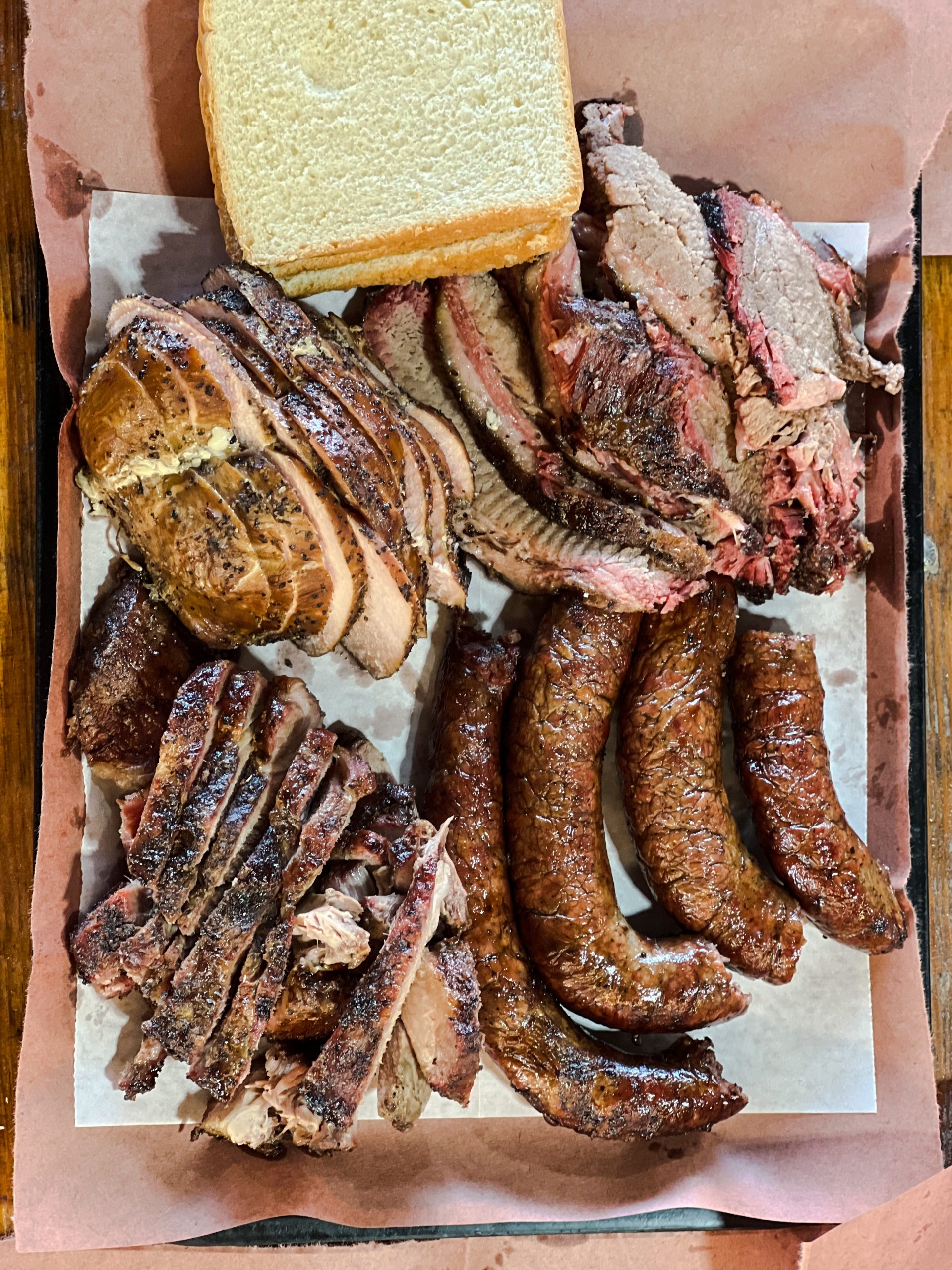 And, of course, there’s the legacy of feeding the hungry that’s walked beside him since meeting the young vet in the streets and continues to this day. Simmons partners with The Pack Shack, which takes his grub and packages it for distribution to the hungry. Last year, that came out to 10,000 meals.

“They create these packets of food that can be distributed anywhere in the country,” Simmons says. “The more food we get out to homeless shelters the better, but I don’t want to limit it to homeless shelters because there are senior centers struggling to get enough meals. There are food banks and so many different ways for people to get food that I wasn’t aware of at the time. The Pack Shack just does amazing stuff.”

The food business is labor-intensive, barbecue especially so. At the close of each day, Simmons aches physically. But spiritually, that’s another story.

“Every day, I get to see people happy, and I get to feed homeless people,” he says. “It’s just been an awesome experience, something I hope we never get away from even as we expand and grow.”