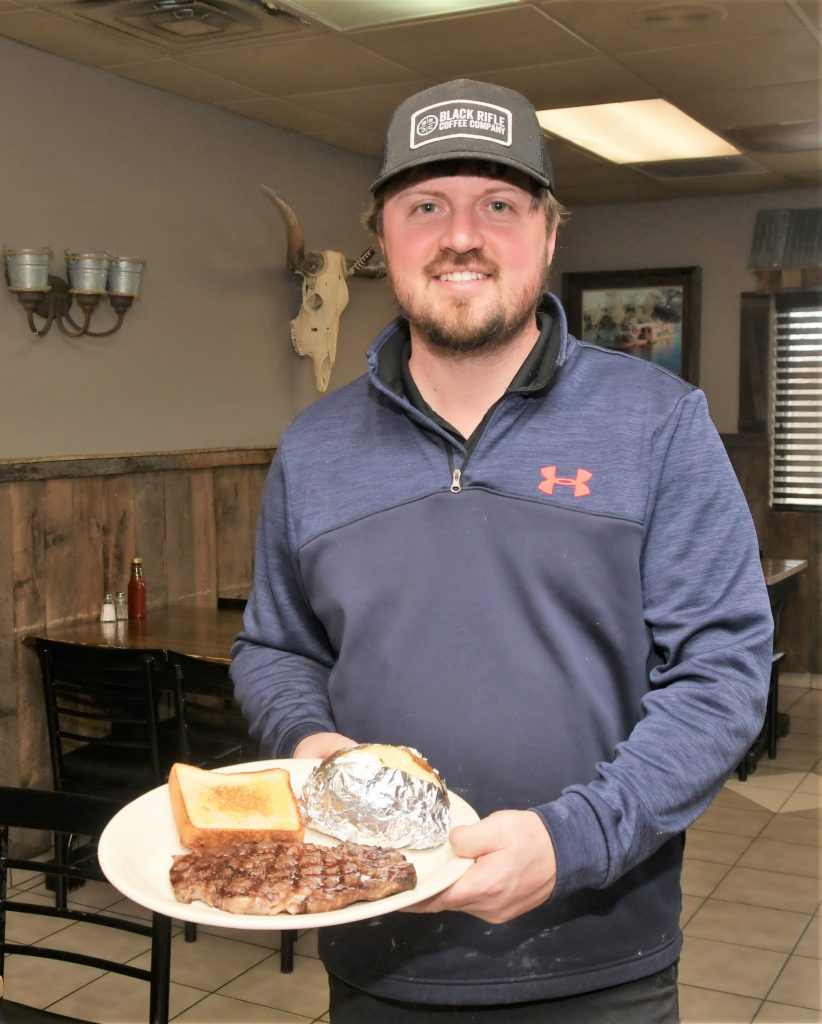 Donald and Celena Rorex opened Don’s Steakhouse back in 2006, and today their son, Jonathan, keeps the successful Pocahontas restaurant going.

Jonathan began his career in the family restaurant business when he was 15 years old. He earned a degree in agribusiness from nearby Arkansas State University, but his family’s restaurant heritage led him back to Don’s Steakhouse. Jonathan loves working with the great team at the restaurant, cooking delicious meals for guests and interacting with regular customers, as well as new ones. Jonathan’s relaxed, confident charm mirrors that of the restaurant’s décor, which features a comfortable atmosphere with plenty of seating.

Donald and Celena still work at the restaurant, as does brother-in-law, Marshall Thompson. The rest of the team impressed me with winning smiles, prompt service and pleasant attitudes.

If “steak” is in a restaurant’s name, you can expect that the beef will be good. Jonathan and the team at Don’s cook USDA, hand-cut steaks to order for an adoring following of longtime customers. Cuts offered include ribeye, bacon-wrapped filet mignon, New York strip, sirloin and hamburger steak. Grilled, bone-in pork chops are also on the menu. These fabulous dining choices come with salad, Texas toast and a choice of side item. Sides include tater tots, baked potato, baked sweet potato, brown beans, fried okra, green beans, coleslaw, pickled green tomatoes and broccoli. 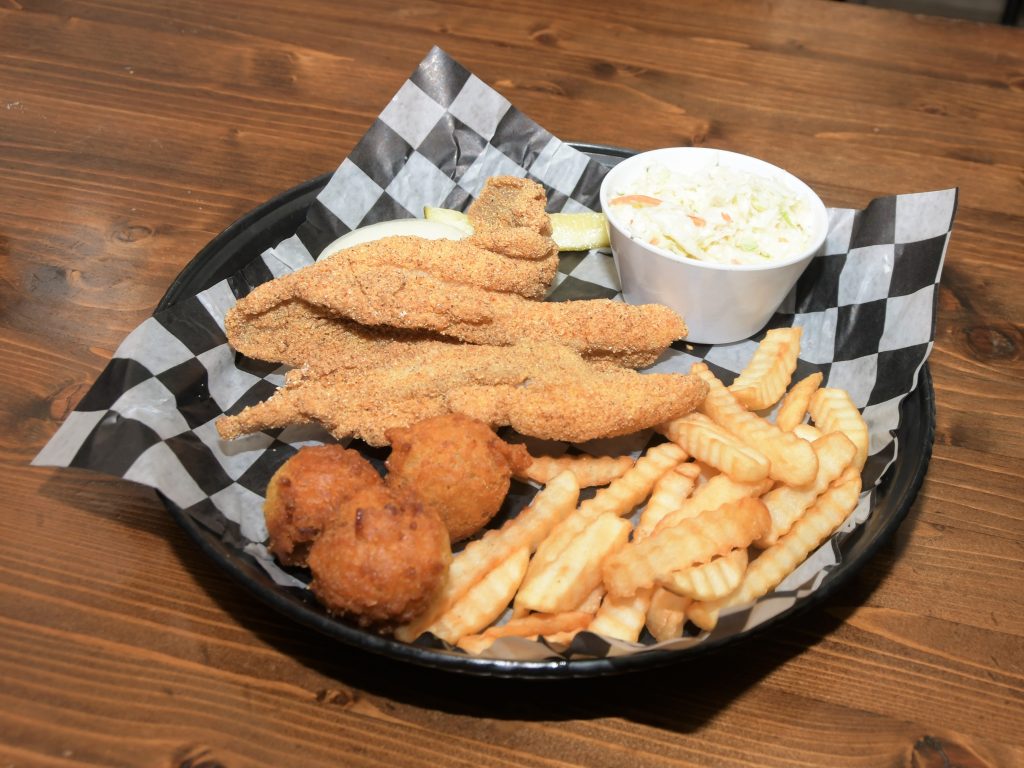 “Our steaks, catfish and chicken are our bestsellers,” Jonathan said. “Our daily lunch specials are also very popular.”

Jonathan treated me to the ribeye with a large baked potato and Texas toast. Beautiful grill marks provided a superior presentation to the flavorful steak.

Local farmers Blake and Kenneth Bennett told me that they enjoy lunch at Don’s Steakhouse five days a week. “The food is great, and the staff is too,” Kenneth said. Blake recommended ordering the tasty fried catfish fillets “split,” as he said it makes them crispier.

I tried the catfish plate, which was a winning catch. The USDA catfish was cooked perfectly and served with freshly made coleslaw, homemade hushpuppies, french fries and an onion slice. The fillets were large, and the hushpuppies were nuggets of goodness. Fried shrimp and chicken, accompanied by the same sides, are also entrée options. 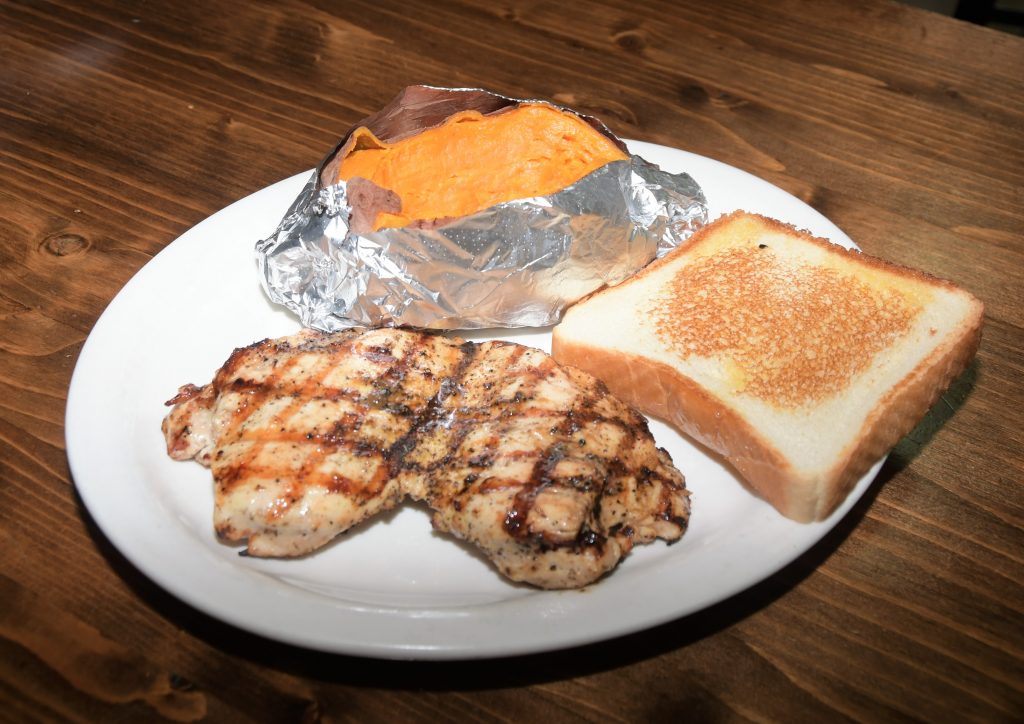 Order a chicken plate at a steak place? Yes, when dining at Don’s Steakhouse.

I usually mention appetizers first, but this time, I saved my favorite for last. The fried mushrooms at Don’s Steakhouse are a 10 out of 10. The team starts with large, fresh mushrooms that are hand-breaded and then fried to a golden brown. The house-made ranch dressing is perfect for dipping the “shrooms” before enjoying the nice crunch. Other appetizers include onion blossoms, boneless hot wings, fried mozzarella cheese sticks, fried shrimp and fried pickles. 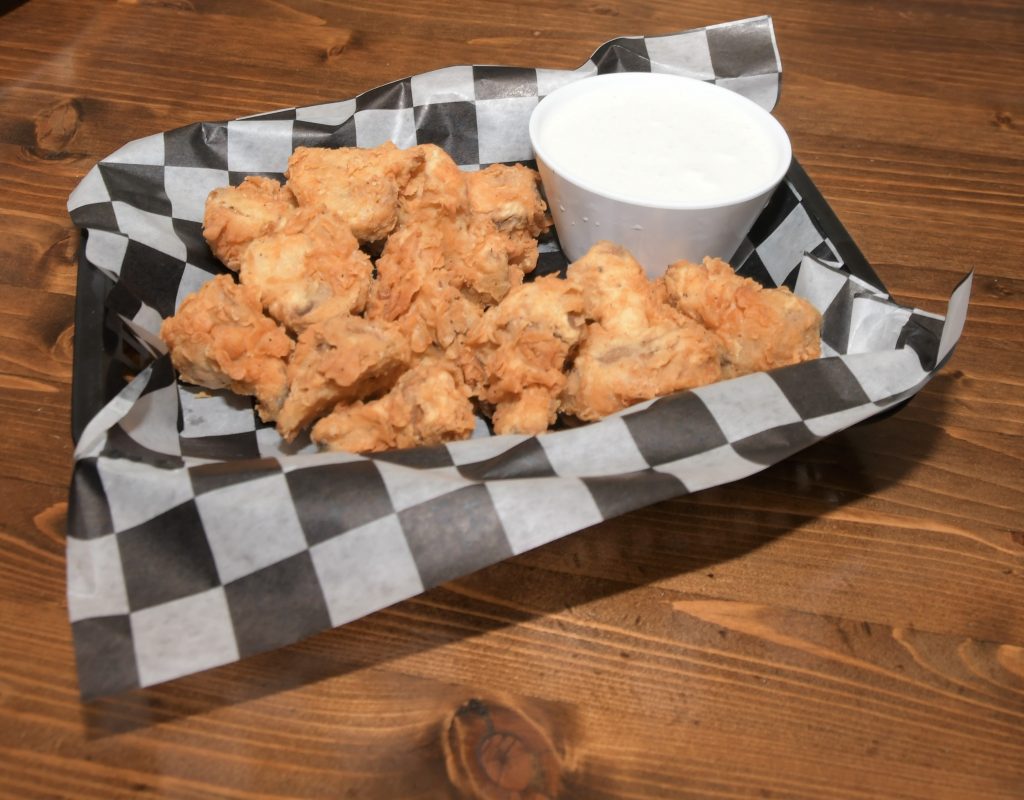 Crunchy fried mushrooms are a favorite appetizer at Don’s Steakhouse.

There are a variety of sandwiches, from a grilled cheese to a Philly cheesesteak. And I noticed quite a few patrons enjoying the jumbo cheeseburgers.

If you visit Don’s Steakhouse for lunch, try one of the daily specials from 11 a.m. to 2 p.m., Monday through Friday. Rotating options include meatloaf, chicken and dumplings, fried chicken, beef tips, Mexican chicken, chicken-fried steak, chopped steak, chicken spaghetti, barbecued chicken, ribs, pork steaks and many others. The sides also vary from day to day, but everything that I saw looked amazing.

Stop by Don’s Steakhouse for some good country fare when you get a chance. 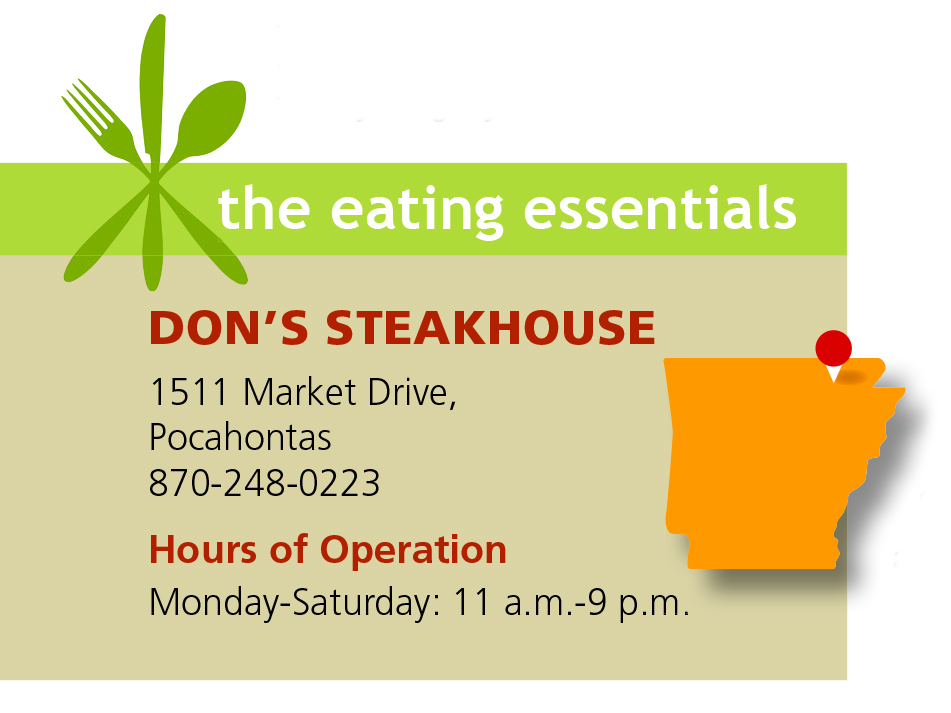