Mark your calendar to move your clocks up an hour on Sunday, March 10, as Daylight SavingTime (DST) begins at 2 a.m. on that date. DST, which is designed to add an extra hour of daylight in the evenings, will end at 2 a.m., Sunday, Nov. 3. 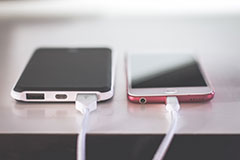 Today, we have more devices than ever before, and that means more cords and cables on our tables, desks and countertops. Luckily, there are options available to help you cut the cord clutter.

There’s no doubt about it. Today we have more cords and cables on our tables, desks and countertops than ever before. It is an epidemic of clutter, chaos and confusion. But is there a better way?

Phones, tablets, cameras, Bluetooth devices and other gadgets give you two options for charging. You can plug them into the USB port of your computer or use the USB wall plug adapter (which always seems to disappear!) that you can plug into any outlet. Both options work fine. Unless you have a family with multiple devices. Sometimes two outlets just won’t cut it.

The simple solution is to use a power strip and plug everything into that. Some power strips even come with USB ports. Another solution is to install wall outlets that have both traditional three-prong outlets and USB ports. This solution is simple. However, it does require replacing the existing wall outlet, and some people may be uncomfortable doing this. You should consult a licensed electrician if you have any questions.

It’s worth noting that both options, power strips and wall outlets with USB ports, have two potential downsides. The first is that cords will be visible, so clutter could still be an issue. The other downside is that power strips and outlets do not have the capability to prevent overcharging or turn off power once the device is fully charged.

If you are looking to tidy up charging cables and use devices like a Bluetooth speaker, you may want to invest in a USB charging station. Charging stations allow multiple devices to be charged in a sleek and elegant tabletop station that hides the cables. You can use short USB cables that are tucked away, and the charging station plugs into an outlet, only using one cord. Some charging stations also support wireless charging for devices equipped with that capability.

Some charging stations claim to eliminate vampire load, or standby power, and some also claim to offer different charging rates to different devices. Given the number of stations available both online and at big-box retailers, it’s important to read the reviews and learn from the experiences of others. The most important aspect is finding one that has enough space to accommodate your current devices and those that you may add over the coming years. 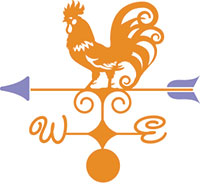