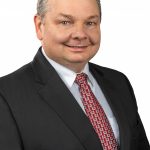 Fall is here, Thanksgiving is right around the corner, and November is a great time to reflect on the past year and give thanks for the good things in our lives. Let’s face it, 2021 has been a challenging year that started with a historic winter storm that piled over 20 inches of snow on top of COVID-19 and all the challenges a global pandemic brought to Arkansas. The high cost of that winter storm combined with the doubling of natural gas prices this year have increased the cost of electricity in 2021. If you add in a general inflation rate of over 5% and supply chain shortages, it can get a little more challenging to find things to give thanks for this year. However, my mom always told me that one thing I should always be thankful for is the privilege of being born and raised in the United States of America. She would say if I needed proof, all I had to do was look at the long lines of people trying to get into America to have what we have. That was true then and is even more true today. 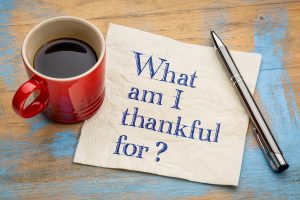 When I was a younger man, I used to put a lot of value in things like having the best computer, television or stereo, but as I watched time march by, I noticed that those things were cool for one or two years, and then the next cool thing would come along. I would wonder why I spent so much money on the latest and greatest, when in just a short time, it was outdated and being given away for free on Craigslist. As I have aged and hopefully grown wiser, I now put a lot more value into the things that truly last. Things like faith, family, friends and the Electric Cooperatives of Arkansas.

Speaking of things that last, this issue of Arkansas Living celebrates our 75th anniversary. It is our diamond anniversary in the diamond state, and I am thankful that our cooperative business model has stood the test of time. There are not a lot of companies that have been around for over 75 years, and those that survived represent quality. I recently read an article that stated large companies used to have a lifespan of 60-plus years, and now that is more like 18 years. That same article predicted that in 10 years, 75% of the companies listed on the S&P 500 will vanish just like Blockbuster, Circuit City and Compaq disappeared over the last decade. Things that last are grounded in lasting principles and have a clear mission and vision. I am thankful that the Electric Cooperatives of Arkansas continue to stand for Reliability, Affordability and Responsibility, and that our focus is always on our members who we serve. I am sure that my successor will be saying something similar in the 100-year anniversary edition.

I am thankful for faith and our new church family at New Life Baptist Church in Alexander. My wife, Tracy, and I grew up in church and both attended Calvary Baptist Christian School in Keokuk, Iowa. We have also moved 19 times in our 33-year marriage, so we have heard a lot of preachers and seen a lot of churches. John Venable is the pastor at New Life Baptist Church, and he truly exemplifies the best qualities you could want in a pastor. What I love most about him is that he truly cares about his congregation and our community.

I am thankful for family and that our family continues to grow here in Arkansas. When we arrived in Arkansas in 2019, we were the Hasten 10; last year we became the Hasten 11, and next year we will become the Hasten 12. I am thankful for Tracy, who has moved 19 times to support me chasing a dream of being a leader, and for my kids,who have done the same. My two boys attended school in seven different states and my daughter in four. Many people are amazed when I tell them that two of my kids
and their families followed Tracy and me to Arkansas. I am also thankful for our cooperative family. It is truly humbling to travel our great state and to be welcomed at all 17 of our distribution cooperatives across Arkansas, and to truly feel appreciated by them and their members.

I am thankful for enduring friendships and for the new friendships we have made over the last two years in Arkansas. In this age of social media, many people have hundreds if not thousands of Facebook friends or LinkedIn connections, but how many true friends do you have? Probably fewer than you think. If you want to find out, announce on Facebook that you are moving and in need of help, and see how many show up. You will likely get dozens of emojis and well wishes, but on moving day, only a couple of trucks will show up. Take note of those friends who are there for you when you have little to be thankful for, and be thankful for them, because a friend in need is a true friend indeed. 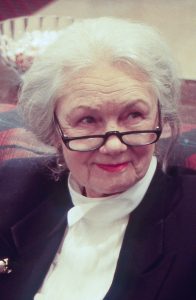 I am thankful for the great employees we have. Without our employees, we would just be a bunch of poles, transformers, wires and power plants. It takes great employees to make it all work reliably, affordably and responsibly every day.

Speaking of things that last, I want to close by highlighting the legacy of Ouida Cox, the editor of this magazine from 1968 to 2012, who passed away Oct. 13. I never had the privilege to meet Miss Ouida, but her legacy lives on here at Arkansas Electric, and I am thankful that she was a true friend of the Electric Cooperatives of Arkansas.