2018 Electric Cooperative Youth Tour delegates from Arkansas pause for a group photo at the World War II Memorial in Washington, D.C., with the Washington Monument in the background.

At times, it seems that only negativity emanates from Washington, D.C. For many years now, it hasn’t been uncommon for people to express frustration regarding anything related to our nation’s capital. Yet, the Electric Cooperatives of Arkansas just sent 40 young people to visit this place, as we have done every year since 1990. To understand why we do this, you have to be around these kids and see this opportunity through their eyes. With excitement and positivity that is infectious, these students sign up to travel over 1,000 miles with complete strangers, just to learn more about our country’s history.

This year’s Washington Youth Tour began on June 8 for eight chaperones and 40 youth delegates from around the state. Dinner and orientation were followed by a performance by comedic magician Scott Davis. Then, for the next six days, Arkansas’ Youth Tour delegates joined 1,900 determined students from across the country as they experienced America’s history, met with their elected officials, toured historic sites and built lasting friendships.

The 2018 Youth Tour was special to me because it was my first year to lead it as Arkansas’ Youth Tour director. I was fortunate to visit the nation’s capital when I was a teenager on a similarly sponsored trip. I remember what it did for me, and it was a pleasure to escort these young people to Washington, to watch them learn, grow and become inspired by the opportunities before them. This is an experience that I’ll treasure. It also gives me hope for our country’s future.

This trip provides a unique opportunity for these teenagers to learn more about the history of our country, connect with their elected officials, appreciate those who fought for our freedom and gain a deeper understanding of how our government works. The Electric Cooperative Youth Tour is a learning experience outside of the classroom that combines history, current events and the development of skills essential for leadership. 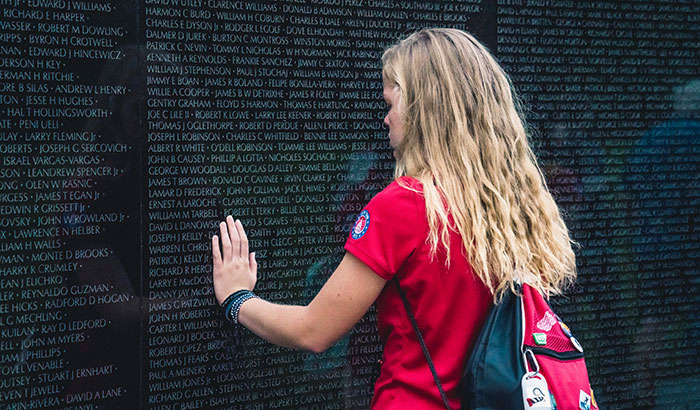 Janie Bentley, at the Vietnam Veterans Memorial, known as “The Wall.” 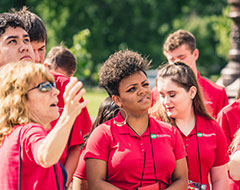 During the action-packed week, students had the opportunity to honor and appreciate those who have fought for our freedoms at the Arlington National Cemetery, and at the World War II, Korean and Vietnam memorials. Our youth were able to learn about great leaders of the past at the Franklin D. Roosevelt, Jefferson and Lincoln memorials and the Washington Monument, as well as at Ford’s Theatre and Mount Vernon. Together we took time to appreciate the country and its many faith traditions at Washington National Cathedral, and participated in a visceral learning experience about one of the world’s greatest atrocities at the United States Holocaust Museum. 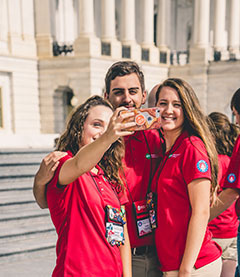 The Arkansas Congressional delegation greeted the students at the U.S. Capitol steps before they toured the building from which our great country is governed. Our young people were able to see one of the few Gutenberg Bibles in existence and Thomas Jefferson’s personal collection of books at the Library of Congress. Students had the opportunity to see the White House, the Supreme Court, Embassy Row, the Martin Luther King Jr. Memorial, Union Station and countless other historic places.

In one afternoon, students spent time at three Smithsonian museums and the National Archives. They saw the Hope Diamond, the Spirit of St. Louis, the Declaration of Independence, the Constitution, the Bill of Rights and “Old Glory,” the American flag that inspired Francis Scott Key to write what would become our national anthem. 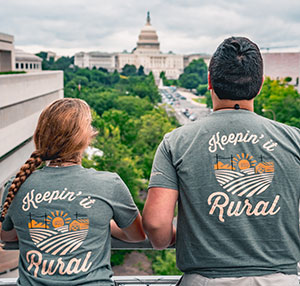 Arkansas students take in the view of the U.S. Capitol from the deck at the Newseum.

There were fun-filled events such as dinner at the Hard Rock Cafe, dinner and dancing on a riverboat cruise on the Potomac River and events with youth from other states. Students also had the chance to learn about historical events through the lens of journalism at the Newseum. There they saw pieces of relatively recent historical events such as a portion of the Berlin Wall that fell in 1989.

Additionally, students toured a permanent exhibit at the Newseum dedicated to the tragic events of 9/11. A portion of the destroyed antenna that was once atop the north tower of the World Trade Center is displayed in the center of the room. In addition to this exhibit, students were reminded of just how recently our country has come under attack as they visited the place where a plane flew into the Pentagon at the National 9/11 Pentagon Memorial. These moments were especially poignant, as most of this year’s Youth Tour students were born in 2001.

Youth Tour serves to broaden the horizons of these young people at a critical time in their lives. The Electric Cooperatives of Arkansas make the investment into the Youth Tour because it serves to inspire a group of future leaders who will make a difference in their communities, our state and the country.

Perhaps the most important aspect of this trip is the friendships they gain. They arrive strangers but part ways, often in tears, with 40 new friends. Some become friends on social media, some become college roommates and in one instance, two eventually got married. (Incidentally, their daughter, Madisyn Witcher, participated in Youth Tour this year.) Regardless, they all have gained memories and experiences that will last a lifetime. 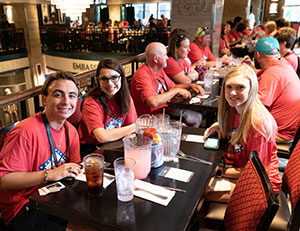 Emily Staton from Arkansas Valley Electric Cooperative: “This trip opened my heart up to different people of all cultures, and it proved that we really are all Americans no matter where we came from.”

Nicholas Erickson from Ozarks Electric Cooperative: “I really enjoyed seeing different monuments around Washington, D.C., and visiting with other groups from all across the country.  It was really cool!”

Mary Katherine Osborne from Woodruff Electric Cooperative: “My favorite things from the trip were the people and the memories that I made.  I will never forget this opportunity.”

Ty Parker from Petit Jean Electric Cooperative enjoyed: “Getting to see the monuments, memorials and making a whole bunch of new friends.”

Trip of a lifetime

You can hear from delegates, view the video of this years trip and learn more about this incredible program by clicking here.

J.D. Lowery is the Arkansas Youth Tour director, and manager of community and economic development for the Electric Cooperatives of Arkansas.