We have all heard the saying “What goes around comes around.” In the Bible, Galatians 6:7 says, 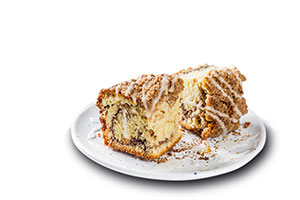 “A man reaps what he sows.”
I refer to this as “Karma Cake,” and if we reap what we sow, we eventually must take a bite of the cake we bake.

This story starts in 2003 when I was serving in the U.S. Navy aboard a submarine. We were heading out to sea when a very important process failed due to human error. The most important thing about a submarine is having the number of surfaces to equal the number of dives. If you get that wrong, nothing else matters. In order to ensure we got it right every time, we had a very formal procedure referred to as “Rig for Dive.” An enlisted sailor conducted the lineup to be second-checked by an officer. Mistakes were extremely rare but not impossible because of the ever-present human performance factor. On this particular mission, that process failed because a pin was not installed in the radar mast. Like lift on an airplane wing (Bernoulli Effect), when the submarine got up to speed, water flowing over the sail created a lift force on the radar mast. Without the pin installed, the radar mast drifted up, and the force of moving water caused it to bend. It was game-over as far as achieving our mission. Running around with a bent radar mast stuck in the upward position is not a recipe for stealth.

The ship pulled into Kings Bay, Georgia, for repairs. This was not our home port, and we were informed it would be several days before a replacement mast could be shipped. The local maintenance activity, Trident Refit Facility (TRF), went above and beyond the call of duty that week as they repaired more than just our radar mast. They fixed things that had been in our backlog for months. It was an awesome experience.

My commanding officer (CO), Capt. Chuck Melcher, and I both wanted to show them our appreciation. We grabbed a bunch of submarine ball caps, challenge coins and a coffee cake that our ship’s cooks had freshly baked and headed up to TRF. Because the cake was right out of the oven, it was blistering hot. Here’s an interesting fact about potholders — they work great for about two minutes, and then everything equalizes to the same temperature. By the time we got to the production maintenance assistant’s (PMA) office, a couple of miles away from the ship, I was certain I had no skin left on my hands. All I could think about when we arrived was dropping that cake on the table and retreating to check out my hands. My CO took charge and publicly thanked the PMA and his staff for a job well done (BZ in Navy terms) and we both proceeded to hand out ball caps and challenge coins and shake hands. We left the cake and a lot of goodwill and headed to sea.

This story picks up in April 2007, when I made the hard decision to retire from the Navy and transition to a civilian career. I was in Cedar Rapids, Iowa, at a job interview when the strangest thing happened. Near the end of the interview, one of the interviewers, Jim Allen, made an odd statement. Jim said, “I have a submarine ball cap.” I thought that was odd and asked if he got it on a sub tour or if he had a family member who was on a sub. He said, “No, I got it from a guy who did one of the nicest things anyone has ever done for me in my professional career.” Jim proceeded to tell a story where he and his team worked hard to maintain Trident submarines, but, in most cases, at the end of the outage they would rarely be thanked. Instead, they were generally assailed with complaints about what could have gone better. He said that all changed one day when a CO and his engineering officer came into his morning production meeting and delivered a coffee cake, ball caps, and ship’s challenge coins and expressed nothing but gratitude to him and his team. He then looked at me and said, “I think that guy was you.” I said, “You are right, it was me.” He then looked at the rest of the interview team and said, “I have no further questions.”

The job I was interviewing for was a plant manager position 38 miles away from my hometown, Keokuk, Iowa. It was a great opportunity for me. I got the job, which accelerated my civilian career by at least 10 years, and I am certain that it was in large part due to Jim’s influence on the interview team. Jim, a native Oklahoman, is not from Iowa, which makes this story even more incredible. What are the odds that I would do something positive in Kings Bay, Georgia, in 2003 and have that good deed find me in Iowa in 2007 when I most needed it?

I wish I could say that the only cake I have eaten in life is delicious “Karma Cake,” but I have had to eat a few pieces that didn’t taste so good as well. I prefer the good kind. My question to you is: What kind of cake are you baking today? I hope it is the good kind.