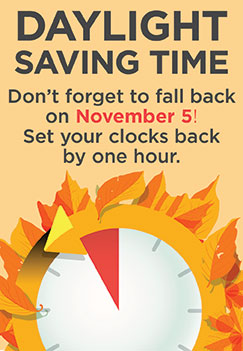 Mark your calendar to move your clocks back an hour as Daylight Saving Time (DST) for 2017 ends at 2 a.m., Sunday, Nov. 5. DST, which is designed to add an extra hour of daylight in the evenings, began this year on March 12. It will begin again at 2 a.m., Sunday, March 11, 2018. The U.S. Department of Transportation studies have shown that DST cuts the nation’s energy usage by about 1 percent per day because less power is needed for lighting and appliance use.

The commissioning of a U.S. Navy ship is always special and filled with more than two centuries of tradition, but the December ceremony for the new U.S.S. Little Rock at the Buffalo and Erie County Navy & Military Park in Buffalo, New York, will be more so.

That commissioning will be the first time in the Navy’s 242-year history that a new ship will be commissioned next to its predecessor. 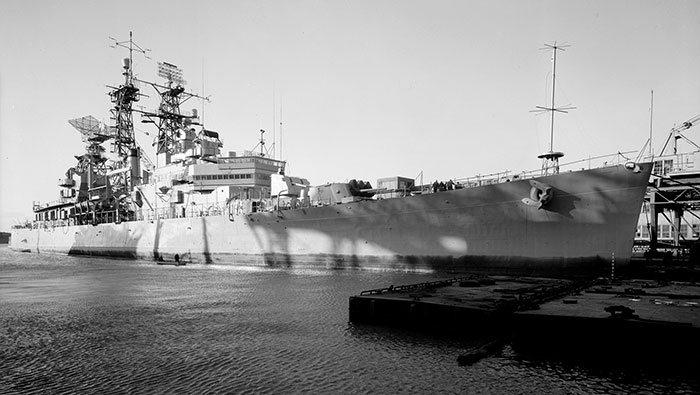 The first U.S.S. Little Rock, a Cleveland-class cruiser, was decommissioned in 1976 after 36 years in service.

“It’s the first time we’ve been involved in the actual commissioning of a ship,” said Ron Maxwell, coordinator of the Little Rock’s Namesake Committee, which is overseeing the city’s involvement in the commissioning. “There’s a long-standing Navy tradition and all these events have to take place surrounding the commissioning. A lot of protocol is involved.” Maxwell is a Navy veteran.

Navy tradition calls for the namesake city to give gifts to the crew members, known as plank holders, as well as symbolic gifts to the ship. Maxwell said athletic jackets with U.S.S. Little Rock embroidered on them will be given to the 70 crew members, and a painting of the Little Rock skyline, along with an engraved crystal or wooden bowl, will be presented to the ship.

Veterans and supporters in Arkansas unable to travel to Buffalo for the commissioning will be able to watch the event live at the Ron Robinson Auditorium in the Little Rock River Market, Maxwell said.

The Namesake Committee, as of mid-October, had raised about $30,000 to cover the cost of the gifts and other events surrounding the commissioning. Maxwell estimated total cost to be about $100,000.

On Oct. 19, Stodola and Smith hosted a public reception at Curran Hall in Little Rock for people to learn more about the commissioning and the city’s involvement.

“It’s an honor for our city to be involved,” said Carmie Henry, a member of the Namesake Committee. Also a Navy  veteran, Henry is former vice president of governmental affairs for the Electric Cooperatives of Arkansas. Also on the committee, which has about 20 members, is Bob Lyford, former vice president and general counsel of the Electric Cooperatives of Arkansas. Lyford is a veteran of the U.S. Army.

The new U.S.S. Little Rock was built in Marinette, Wisconsin, and is the ninth littoral combat ship commissioned by the Navy. A littoral combat ship is a class of relatively small ships designed to work in shallow waters and operate with speed and agility, Maxwell said. They also can be quickly modified to take on different missions. 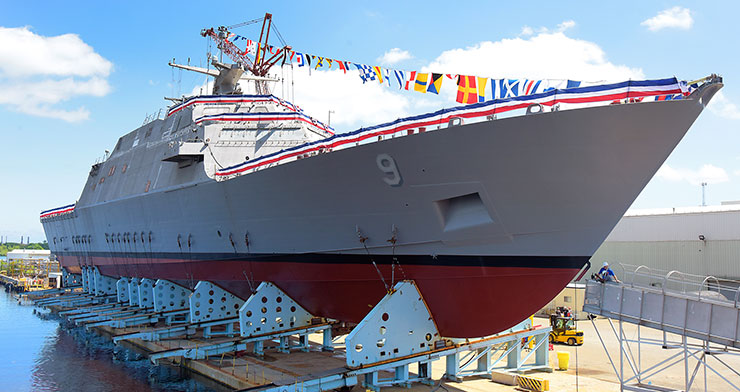 The U.S.S. Little Rock in drydock in Marinette, Wisconsin. www.USSLittleRocklcs9.org

“The commander likes to say, ‘think of it as the Navy’s version of the jet ski,’” Maxwell said. “It shoots thousands of gallons out of the back of the ship to propel it forward.”

The original U.S.S. Little Rock was built in Philadelphia, launched in 1944 and commissioned on June 17, 1945. It was later converted to a guided missile cruiser and commissioned in 1960. Sen. J. William Fulbright of Arkansas gave the address at the commissioning. It was decommissioned in 1976 and has been a museum and open to visitors at the navy and military park in Buffalo since July 15, 1977.

About 30,000 people served on board the first U.S.S. Little Rock during her time in service and an average of about 70,000 people visit and tour it each year.