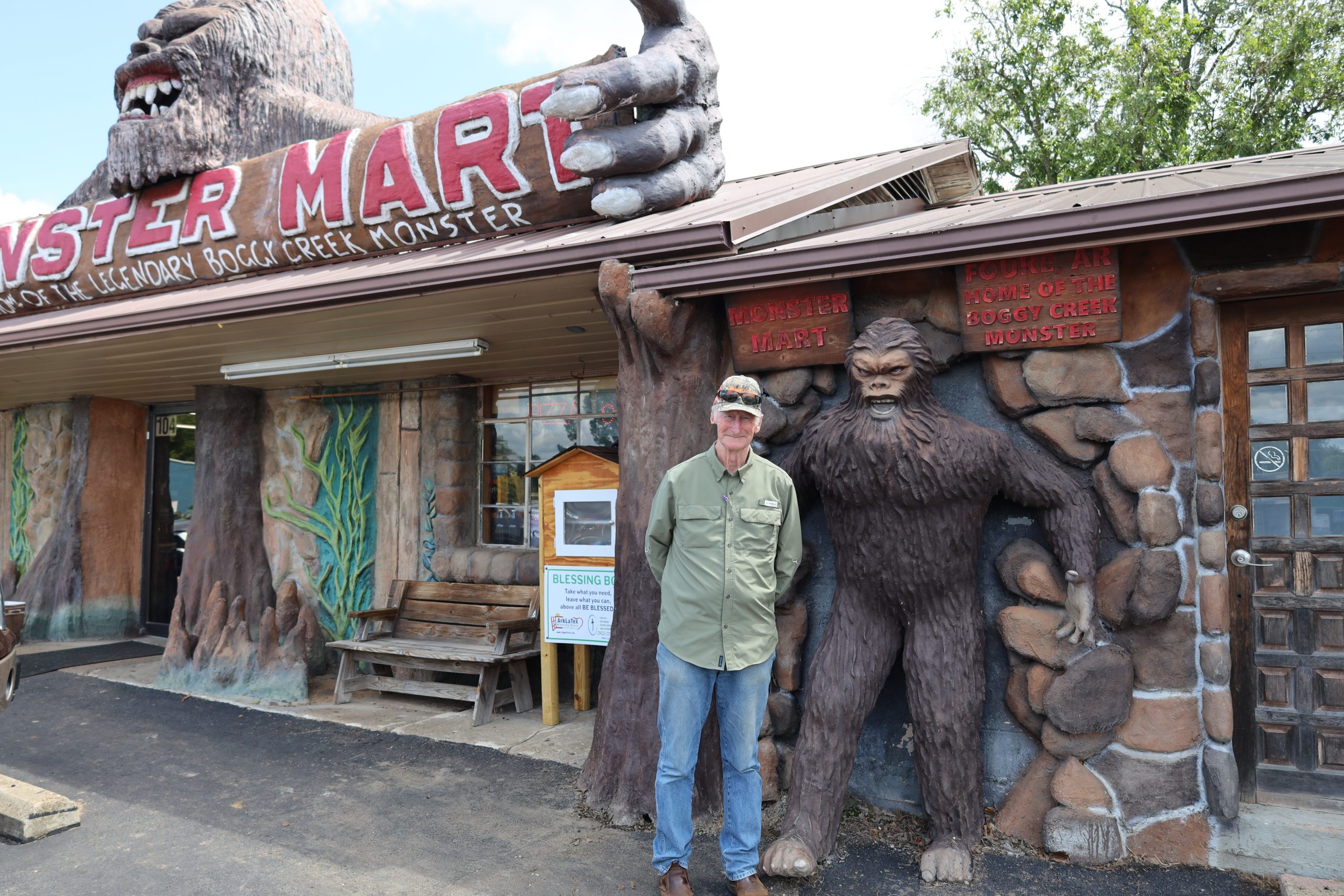 Denny Roberts promotes the legend of the Fouke Monster at the Monster Mart. SHEILA YOUNT

It’s been 50 years since the “The Legend of Boggy Creek” stirred the imaginations of moviegoers about the Fouke Monster — a Bigfoot creature from the bottomlands of the Sulphur River in southwest Arkansas.

The film, an independent, low-budget venture, put Fouke on the map. The cult-classic drew throngs of monster hunters to the tiny town. Over time, the frenzy faded, but interest in the Fouke/Boggy Creek monster remained strong. Denny and Brenda Roberts cater to curious tourists and film fans at their convenience store, aptly named the Monster Mart.

“Almost every day somebody from another state comes in,” says Denny Roberts, 74, a Fouke native, who grew up immersed in monster folklore.

Visitors from more than 30 countries and all 50 states have made the trek to browse the store for souvenirs and learn more about the mysterious, reclusive ape-like creature. For many, it is a “bucket list” destination. Others have even stopped by on their honeymoons. 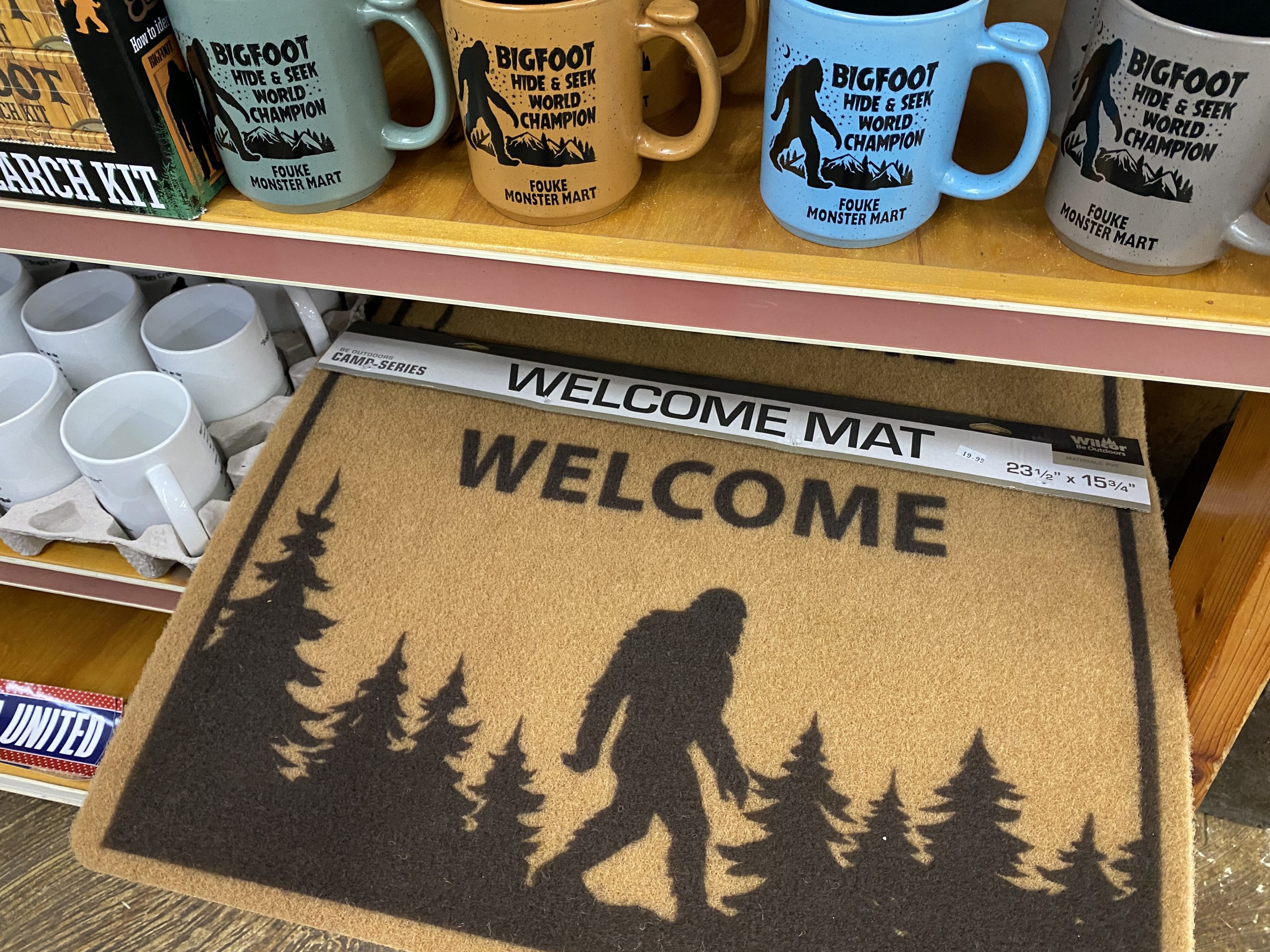 The Boggy Creek Monster prowls the aisles of the Monster Mart in Fouke. SHEILA YOUNT

Once inside, Monster Mart visitors will find a regular convenience store. And, of course, there are monster souvenirs galore, with artists’ renderings on everything imaginable. A small museum is dedicated to the creature, described as 7-to-8 feet tall with long, reddish brown hair and three-toed feet.

“We are preserving a little history here,” Roberts says, pointing to yellowing copies of monster newspaper clippings lining the museum’s walls. Tales of a monster prowling the bottomlands around Fouke date back to the 1800s, but it wasn’t until the 1960s that reports of sightings gained wider attention. In 1971, a local family claimed a large creature tried to enter their home, putting its very hairy arm through a window. Charles Pierce of Hampton, an advertising executive who filmed “The Legend of Boggy Creek,” used locals as actors to portray the alleged attack.

Roberts says he still hears reports of monster sightings, the most recent one being in October 2021.

So, after a lifetime of interest in the Fouke Monster, does Roberts think it’s real?

“It’s something I’ve not seen, but I will tell you how I believe,” he says. “I’ve got enough people who I have confidence in who say they’ve seen it. And I believe they have seen something.”