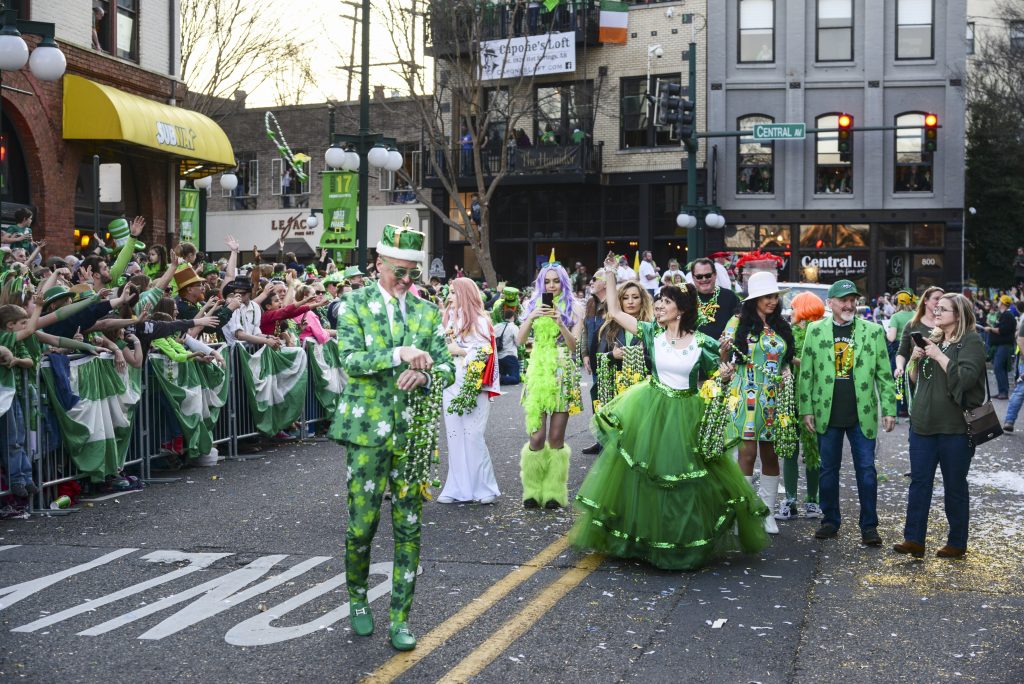 For the last two years, the luck of the Irish was not with The World’s Shortest St. Patrick’s Day Parade in Hot Springs.

The COVID-19 pandemic forced the cancelation of the parade both in 2020 and 2021. A petite pop-up event did take place last year, however it was not the usual big “paddy.” But in 2022, the parade will march on and promises a shamrockin’ good time.

Bill Solleder, director of marketing for Visit Hot Springs, says, “It’s not your traditional St. Patrick’s Day Parade. It’s way, way over-the-top. It’s absolutely 100% fun. It’s more about just getting people together and having a great time on St. Patrick’s Day. … It’s definitely one of the most unique St. Patrick’s Day parades in the entire world.”

The parade’s route takes place on Bridge Street, which has been recognized for its small size by Ripley’s Believe It or Not!

Back in 2003, according to the parade’s site, shorteststpats.com, “Appropriately enough, the World’s Shortest St. Patrick’s Day Parade history begins with an Arkansan of Irish descent sharing a few pints of malted beverage with some friends. As the pub where they had gathered was situated on the World’s Shortest Street in Everyday Use — Hot Springs National Park, Arkansas, Bridge Street — the conversation evolved into a question of how to use Bridge Street’s 98-foot length to attract visitors to Hot Springs.”

This year’s grand marshal will be Cheech Marin of Cheech & Chong fame, and actor Danny Trejo will be the official parade starter. University of Arkansas football coach Sam Pittman and wife, Jamie, who own a home on Lake Hamilton in Hot Springs, will be king and queen of the parade.

Maybe for just this one special night, they can change that to “Short Ride.”

Uniquely Arkansas is a recurring spotlight on something special in our state. Have a fun suggestion for a feature? Email jennifer.cia@aeci.com.